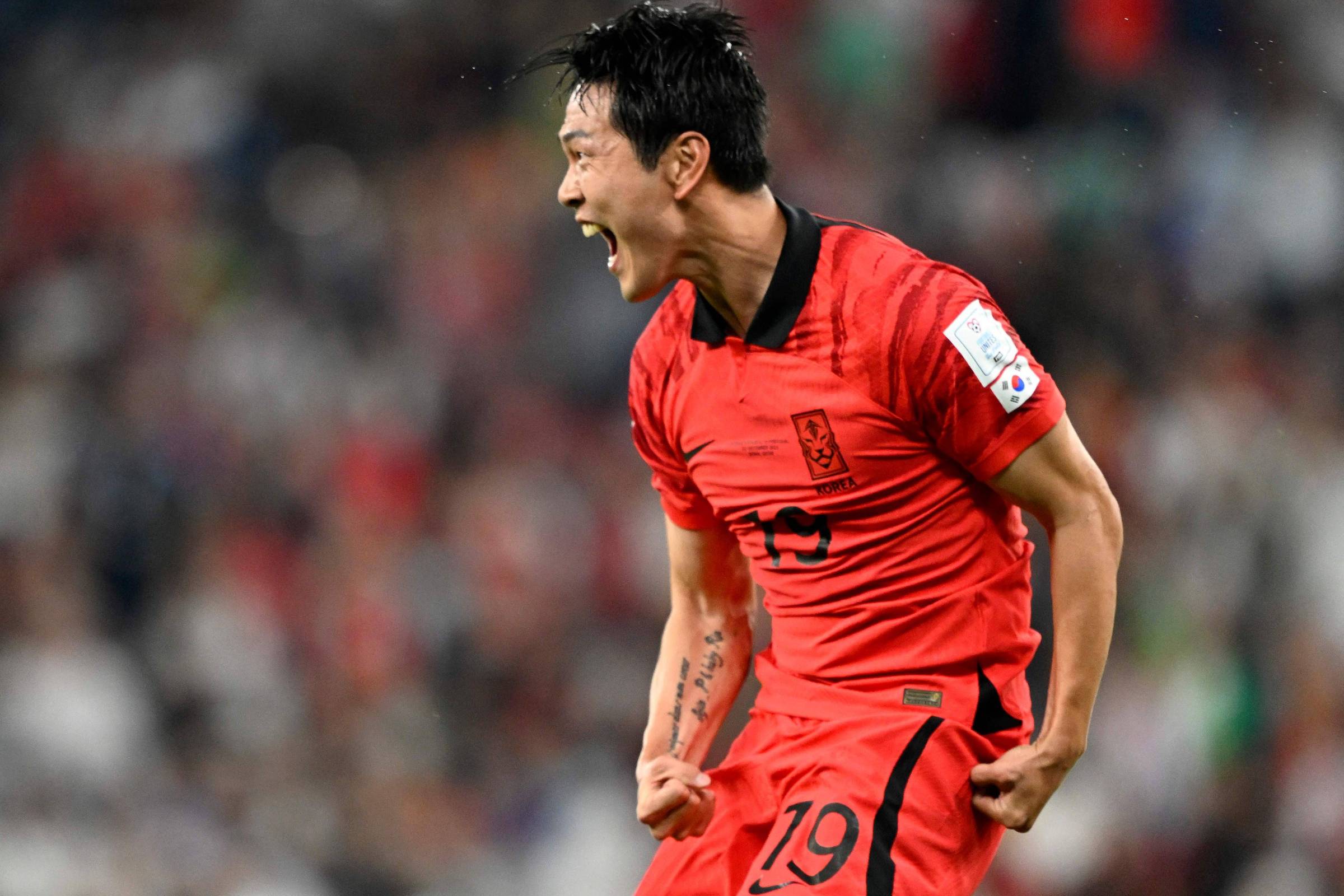 The duel against Portugal was already over, but the South Korean players stayed in the center of the lawn at Cidade Educação stadium, this Friday (2).

Embracing, forming a circle, they waited for the end of the match between Uruguay and Ghana, at the Al Janoub stadium, in Al-Wakrah, to find out their destiny in the World Cup in Qatar.

There were almost eight minutes of waiting until the explosion of joy. After beating the Portuguese 2-1, on the comeback, with a goal in the last minute of regulation time, the Koreans celebrated Uruguay’s victory “only” by 2-0, a result that left the Asians and the South Americans tied at points, but the Koreans had an advantage in terms of goals scored (4 against 2).

To the sound of the song Gangnam Style, by the Korean rapper Psy, the Korean players ran towards the crowd in the stands and celebrated the historic classification to the round of 16.

Kim Young-Gwon and Hee-Chan scored the goals that defined the score at Cidade Educação stadium. Ricardo Horta opened the scoring.

Even with the defeat, the Portuguese confirmed the first position of Group H and, probably, will escape the path of Brazil in the round of 16.

As Tite’s team is also the favorite to take the top spot in Chave G, the Portuguese must face the second-placed team in the Brazilian group. The dispute is open. Switzerland, Serbia and Cameroon have chances to advance.

None of them, however, would be as difficult an opponent as a country with five world titles and all its great players, as is the case of Brazil. That should be the tough task that the Koreans will have to face.

The definition of the grouping also takes place today, later: Brazil faces Cameroon, at 4 pm (Brasília time), at the Lusail stadium, while Serbia and Switzerland duel at the same time, at the 974 stadium.

At the beginning of the game, Portugal gave the impression that they would take advantage of Korea’s dramatic situation and seek their third victory to maintain their 100% record.

Soon with 5 minutes, opened the scoreboard. Pepe made a beautiful launch from midfield, Diogo Dalot dominated on the right and crossed low for Ricardo Horta to open the scoring.

After that, however, the Portuguese slowed down and almost went to halftime losing. First, left-back Kim Jin-Su even equalized, but had his goal disallowed for offside, in the 16th minute.

Already at 27, there was no way, after a corner kick in the area, Cristiano Ronaldo tried to get out of the ball’s trajectory, but it deflected on him and it was left for Kim Young-Gwon to leave everything the same.

The number 7’s unhappiness in the play also reflected his frustration in the match, in which his performance was below that presented in the games against Ghana and Uruguay. In the main opportunities he had, he seemed inattentive, always in an offside position.

At 19 minutes, to preserve the physical condition of the 37-year-old striker, coach Fernando Santos decided to remove him. André Silva took his place.

The Korean tie, however, was still not a sufficient result for Korea, after all Uruguay scored 2-0 over Ghana in the first half. But it was important to keep the Asian team’s spirits up for the final leg.

So much so that in the final stage they grew in production and had a good chance of getting the comeback. Son Heung-Min and Hwang In-Beom had the team’s main chances, but ended up bumping into good defenses by Diogo Costa.

The Portuguese goalkeeper, however, could not avoid the comeback at the end of regulation time, when Hee-Chan took advantage of a counterattack and turned the match around.

In its 11th World Cup participation, Korea advances to the round of 16 for the third time.

Facebook
Twitter
Pinterest
WhatsApp
Previous article
Arrascaeta scores twice, but the score is insufficient to take Uruguay to the round of 16
Next article
Russia Retaliates to European Sanctions – Threats of Significant Reduction in Daily Oil Production