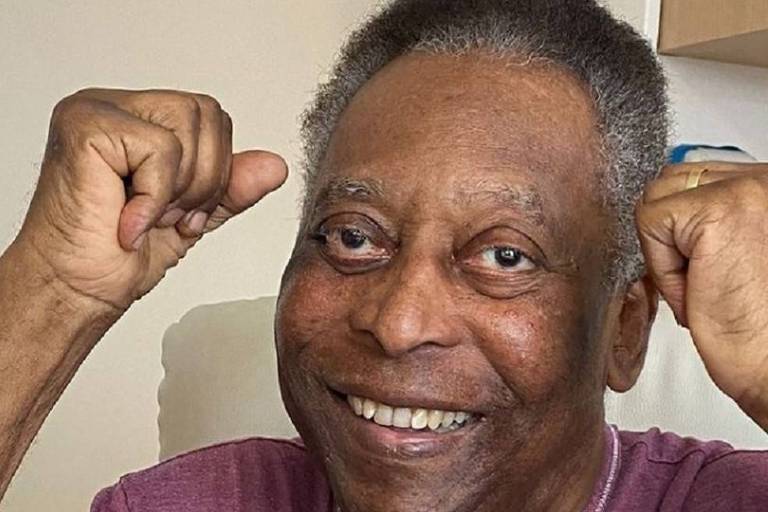 In a publication on his social networks this Saturday (3), Pelé said he was “strong, with a lot of hope”.

The King of Football has been hospitalized since Tuesday (29), at Albert Einstein Hospital, in the west zone of São Paulo, for the treatment of colon cancer.

“My friends, I want to keep everyone calm and positive. I’m strong, with a lot of hope and I follow my treatment as always. I want to thank all the medical and nursing staff for all the care I’ve received. I have a lot of faith in God and every message of love I receive from you, from all over the world, keeps me full of energy. And watching Brazil in the World Cup too! Thank you so much for everything”, says the publication on Instagram.

Pelé, 82, no longer responds to the chemotherapy treatment he had been undergoing since last September, when he was operated on for bowel cancer. At the beginning of the year, metastases in the intestine, lung and liver were diagnosed.

THE Sheet found that the ace is in exclusive palliative care. This means that chemotherapy has been suspended and that he continues to receive comfort measures, to relieve pain and shortness of breath, for example, without being subjected to invasive therapies.

This Friday afternoon (2), the Hospital Israelita Albert Einstein released a note informing that Pelé had been diagnosed with a respiratory infection, which is being treated with antibiotics.

This Saturday afternoon (3), the hospital released a new note in which it repeats the content of the previous bulletin, informing that Pelé is still undergoing treatment, and the state of health remains stable. “It has also had a good response to respiratory infection care, showing no worsening in the last 24 hours”, he says.

A minute’s silence at the FIBA ​​games