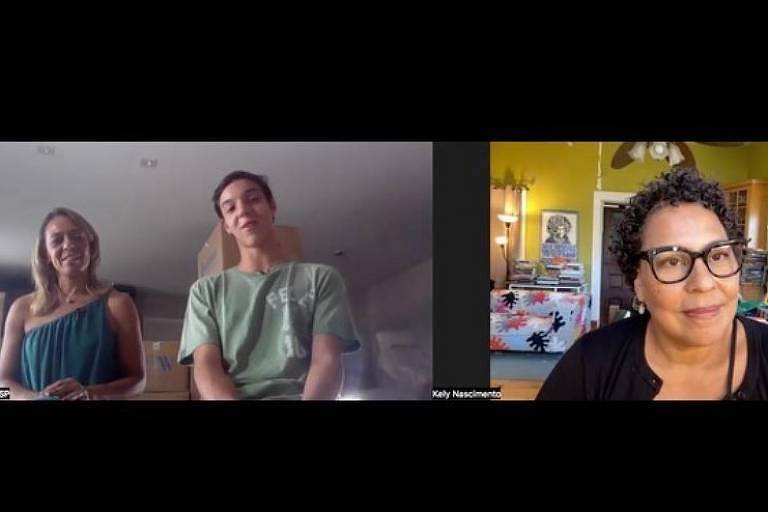 In an interview with “Fantástico”, on TV Globo, aired this Sunday night (4), Kely and Flávia, daughters of Pelé, showed optimism that the King of Football will return home after improving from the respiratory infection that is being treated in the hospital. Albert Einstein, in Morumbi, south of São Paulo.

They denied that the father is in palliative care.

“I don’t like to say that the cancer treatment isn’t working. It already has, it’s working. Just him being here, breathing, it’s already working super well.”

“He did not have the total remission of colon cancer. It is very unfair to say that he is terminal, in palliative treatment. It is not that, believe us,” said Flávia, who lives in São Paulo.

Kely, who lives in the United States, explains that the hospitalization is not a farewell to the King. “He’s sick, he’s old, and he’s in the hospital with a lung infection. When he’s better, he’ll go home again. He’s not saying goodbye in the hospital right now,” he said.

Palliative care does not mean imminent death, much less that the medical team has given up on the patient. It is not uncommon for patients in palliative care to stabilize from acute conditions and be discharged from hospital, for example.

The proposal is that, together, they promote quality of life, relief of disease symptoms and psychological and spiritual comfort to patients with serious chronic diseases and their families.

The two daughters also emphasized that they are tired of receiving condolences, as if Pelé were dying – which they vehemently deny.

“Kely even pointed out that she is receiving condolences. We are tired,” said Flávia. “He’s not in the ICU, he’s in a normal room. So he’s not at risk, he’s being treated.”

Pelé’s grandson, Arthur, Flávia’s son, said what he is seeing on the internet. “I use social networks a lot and many people come to say ‘may he rest in peace’. I really want to comment that this is not the case. Of course, one day it will happen, but not today.”

The daughters also said that one of the reasons for Pelé’s hospitalization was that he contracted Covid-19, which caused the lung infection. “About three weeks ago he had Covid. He is vaccinated, with all the vaccines.

During the afternoon, Edinho, Pelé’s son who coaches Londrina (PR), published a message on Instagram: “If there weren’t many lessons, maybe because life didn’t allow it… There were many examples… Thank you for everything … Strength, my father, my King!”

The King of Football, 82, has been hospitalized since Tuesday (29) for treatment of colon cancer. On Friday (2), the hospital released a note informing that Pelé had been diagnosed with a respiratory infection, which is being treated with antibiotics.

In a publication on his social networks on Saturday (3), Pelé said he was “strong, with a lot of hope”.

“My friends, I want to keep everyone calm and positive. I’m strong, with a lot of hope and I follow my treatment as always. I want to thank all the medical and nursing staff for all the care I’ve received. I have a lot of faith in God and every message of love I receive from you, from all over the world, keeps me full of energy. And watching Brazil in the World Cup too! Thank you so much for everything”, said the publication on Instagram.

On Saturday, the hospital released another note in which it repeats the content of the previous bulletin, informing that Pelé is still undergoing treatment, and his state of health remains stable. “It has also had a good response to respiratory infection care, showing no worsening in the last 24 hours”, he said.

This Sunday, Torcida Jovem, from Santos, organized a vigil in front of the Albert Einstein hospital, to show solidarity and pray for the health of the greatest scorer in the club’s history, who immortalized the number 10 shirt.