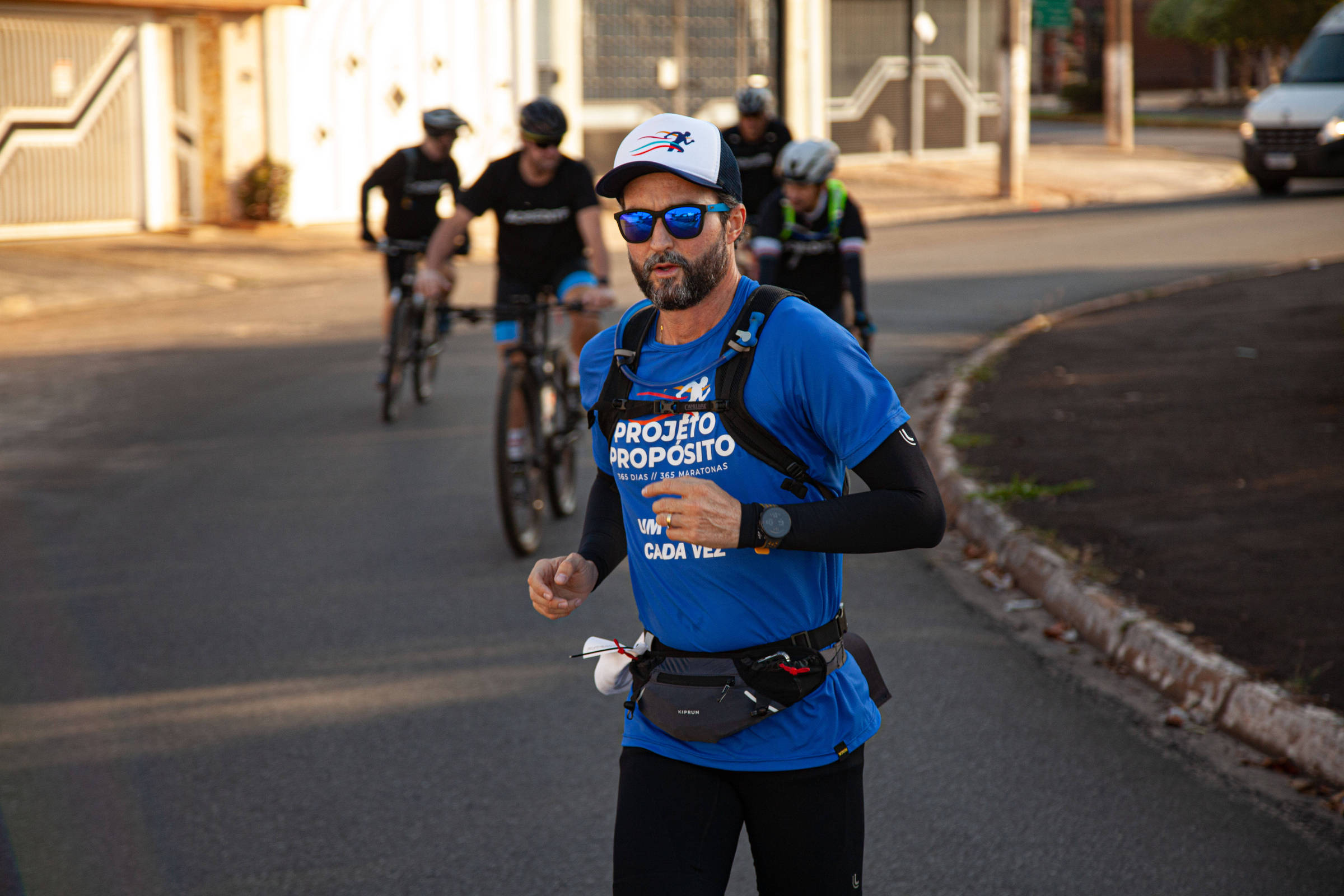 Opinion – On the Run: The lessons of the Brazilian who runs a marathon a day

These words are often used to define the act of running. Or, at least, that’s what is written in the caption of the photos on Instagram.

And before arousing the reader’s fury, I clarify. I don’t think they are completely wrong. I also take pleasure in running, I need effort and determination to overcome challenges, I seek to overcome difficult times, and I feel happiness when fulfilling a goal.

My problem with these adjectives is that they only work to describe specific moments. They are pieces of a more complex puzzle. Nobody beats themselves all the time, or smiles during an entire race. These are important but ephemeral feelings.

The word that, in my opinion, best defines the runner is commitment. It’s running on good days and bad days. It’s winning endless arguments inside your head, which is always asking you to give up. It’s rescheduling meetings, making room in the agenda, carrying sports equipment for trips or outings. Anyway, without commitment, the other adjectives will not exist, simply because the race will not happen.

Why am I talking about this? Because I wanted to tell a story about commitment. I present to you Hugo Farias. Brazilian, married, 43 years old, father of two. In early 2022, Hugo decided to quit his job at a multinational technology company to embark on an extraordinary project: running a marathon a day for a year. It’s 42 km in 365 days. We are talking about more than 13 thousand kilometers. This is the size of Hugo’s commitment.

And why did he decide to get into it? Well, we all have dreams, right? “I wanted to change the way I spent my time, do something different and, at the same time, inspire people.”

Hugo was not a professional athlete. Before starting the challenge, he had run “only” one marathon in his life. “I had to train hard to be ready to start the project. I assembled a multidisciplinary team with two trainers, a nutritionist, an orthopedist, a psychologist and a cardiologist to help me through the process.”

Every day he makes the same route in the city of Americana (SP), where he lives with his family. The race starts between 5:00 am and 6:30 am – depending on weather conditions or who is responsible for helping the children to go to school. Hugo goes out alone and carries everything he needs with him: water in his hydration backpack, gel and brown sugar in a fanny pack.

“The psychological part is as or more important than the physical issue. But I see it as a job. There are days when I’m more excited, and there are others when I’d rather stay asleep. There are lazy days, there are nights when I slept badly, or that it’s too hot to run. But, just like at work, you just go there and do it, because it’s your job”.

Hugo runs alone, but he doesn’t feel alone. “People honk, wave, they already know me. I made friends who accompany me on part of the journey, and help me if something unexpected happens. There was a time when it started to rain heavily and they took me a change of clothes halfway through, in a bakery where I usually stop for a juice or coffee.”

And the injuries? “They can happen, but today I feel more prepared and stronger than when I started”. To keep his health up to date, he controls the temperature of his muscles and joints. Variations of one centigrade degree in specific parts of the body suggest the onset of an inflammatory process and an increased risk of injury. When that happens, Hugo undergoes preventive treatment to speed up recovery.

All of Hugo’s runs are monitored by sensors. In addition to helping with your training, it collects data that will be studied by cardiologists and orthopedists. “The idea is to contribute in some way to science with this experiment that I set out to do”.

While the polls don’t come out, Hugo shares some lessons he’s taken from the nearly 100 marathons he’s run so far. The first is to divide the journey into sections, and celebrate small victories along the way. The second is to start slowly, respect the body’s time, and only speed up when you feel that your muscles are ready to face the challenge. The third is not to neglect nutrition and hydration. “I eat every 20 minutes, I drink nearly 3 liters of water. Without that, my body wouldn’t function as well.”

And when the 365 marathons are over? “I live one day at a time, but I don’t see myself outside of sport anymore. The IT world, in which I spent more than 20 years of my life, is part of the past. This experience qualifies me for many activities, but only time will say”.

This Monday (5), while this text is published, Hugo completes his hundredth marathon. A feat celebrated with celebration on Sunday, when he gathered 300 runners to join him in a race organized to mark the occasion.

There are 265 days left, running one at a time.