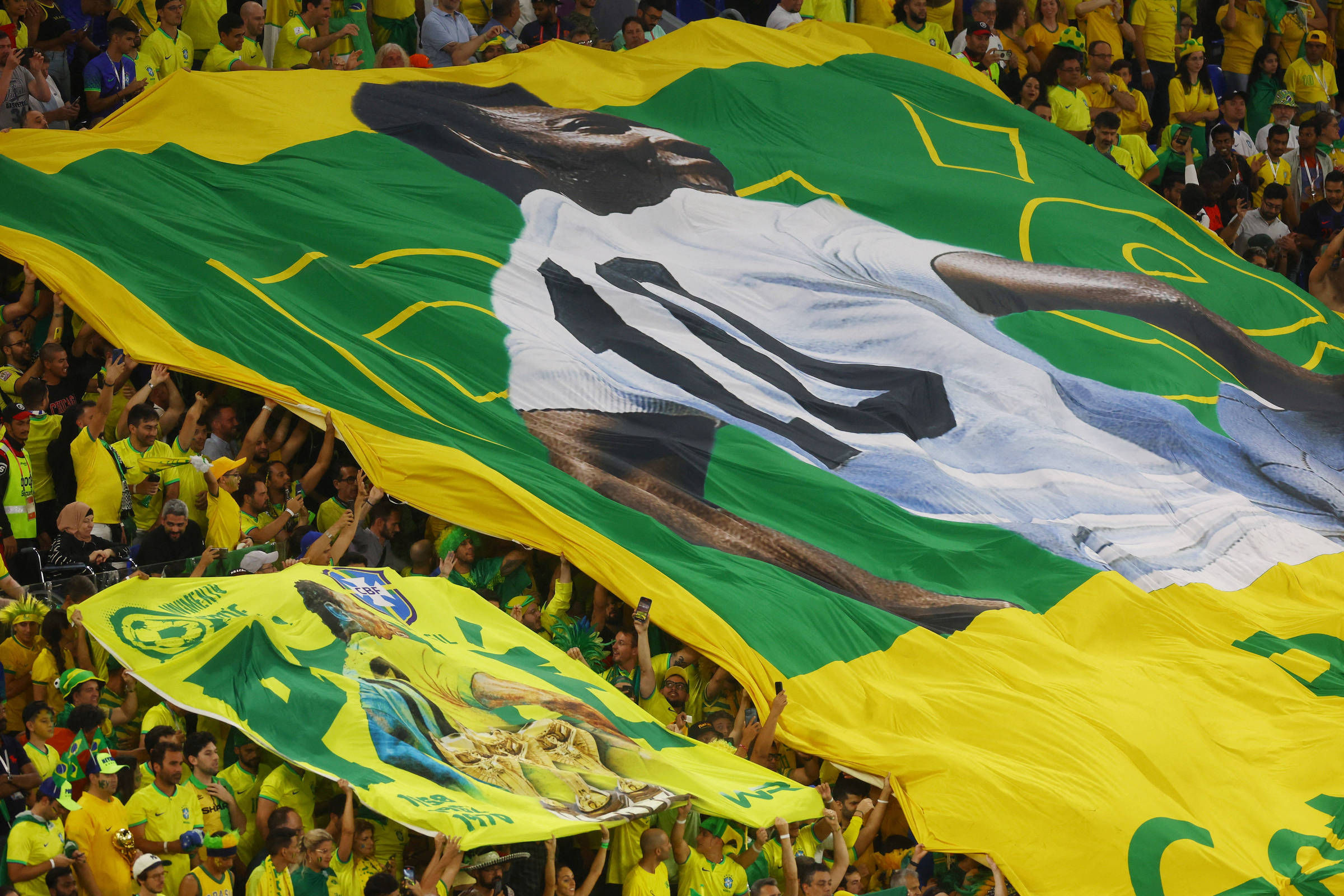 Opinion – Sandro Macedo: How about Pelé Cup instead of FIFA Cup?

Bill Russell (1934-2022) and Pelé were dominant in their sports at about the same time.

Russell was the most champion of the NBA, with 11 titles. For the old ones, he’s the best to ever walk on a basketball court. Its first title was in 1957, the second in 1959.

Between one year and another, he had Pelé. At the age of 17, the football prince won his first World Cup. And he was prince because he also took the Silver Ball, the golden one stayed with Didi.

With the Boston Celtics, Russell was dominant in the 1960s and stacked titles until the last one, the 11th, in 1969. No player has won more rings than him in the NBA.

With the Brazilian national team, and Santos, Pelé became King of Football and won two more Cups, the last one in 1970 —if we do a very crooked and wrong calculation, as the World Cup is every four years, we can say that Pelé was 12 years as champion, a Bill Russell of Hearts. Okay, let’s not torture the math. Even so, no one has matched Pelé’s feat, with three Cups as a player – Mbappé, who already has a Cup and is only 23 years old, is a candidate with potential.

Russell was unlucky because the NBA was a very local product in its time, without the worldwide relevance that came later, with Magic Johnson, Larry Bird, Michael Jordan, etc.

This explains the fact that the Celtics star was not in the top 10 of the French newspaper L’Equipe, when it elected the Athlete of the Century in 1980 (editors in a hurry). The list had Pelé at the top, followed by 2nd) Jesse Owens (athletics), 3rd) Eddy Merckx (cycling), 4th) Paavo Nurmi (athletics), 5th) Mark Spitz (swimming), 6th Bjorn Borg (tennis), 7th) Emil Zatopek (athletics), 8th) Fausto Coppi (cycling) and boxers Muhammad Ali and Ray Sugar Ray Robinson rounding off the list. Basketball nobody.

All this to say that the NBA, the highest representative of Russell’s sport, knew how to honor him. Every year since 2009, the Finals MVP has won an individual trophy called the Bill Russell Trophy.

Pelé always said that he would like to receive tributes in life. The Qatar Cup would be a good moment for Gianni Infantino and his gang to pay homage and change the name of the Fifa Cup to the Pelé Cup —let’s face it, it would be much better, and the trophy has never had a proper name since Jules Rimet (who was a FIFA president) stopped circulating in 1970, the year of Brazil’s third.

If you don’t want to rename the trophy, perhaps you could name the Golden Ball after Pelé, awarded to the best player in the tournament. The only problem is that FIFA likes to sell names, it gives more money. Anyway, here’s the suggestion.

Cup or Brazilian, who fires faster? Guys from Qatar are getting close, but it’s still latte next to our massacre of coaches in Serie A (here we fired two coaches after the first round). Luis Enrique (Spain), Tata Martino (Mexico), Roberto Martinez (Belgium), Diego Alonso (Uruguay), Paulo Bento (South Korea) and Carlos Queiroz (Iran) are already unemployed — and the last two are Portuguese, just to mention leave the teams in Brazil with water in their mouths.