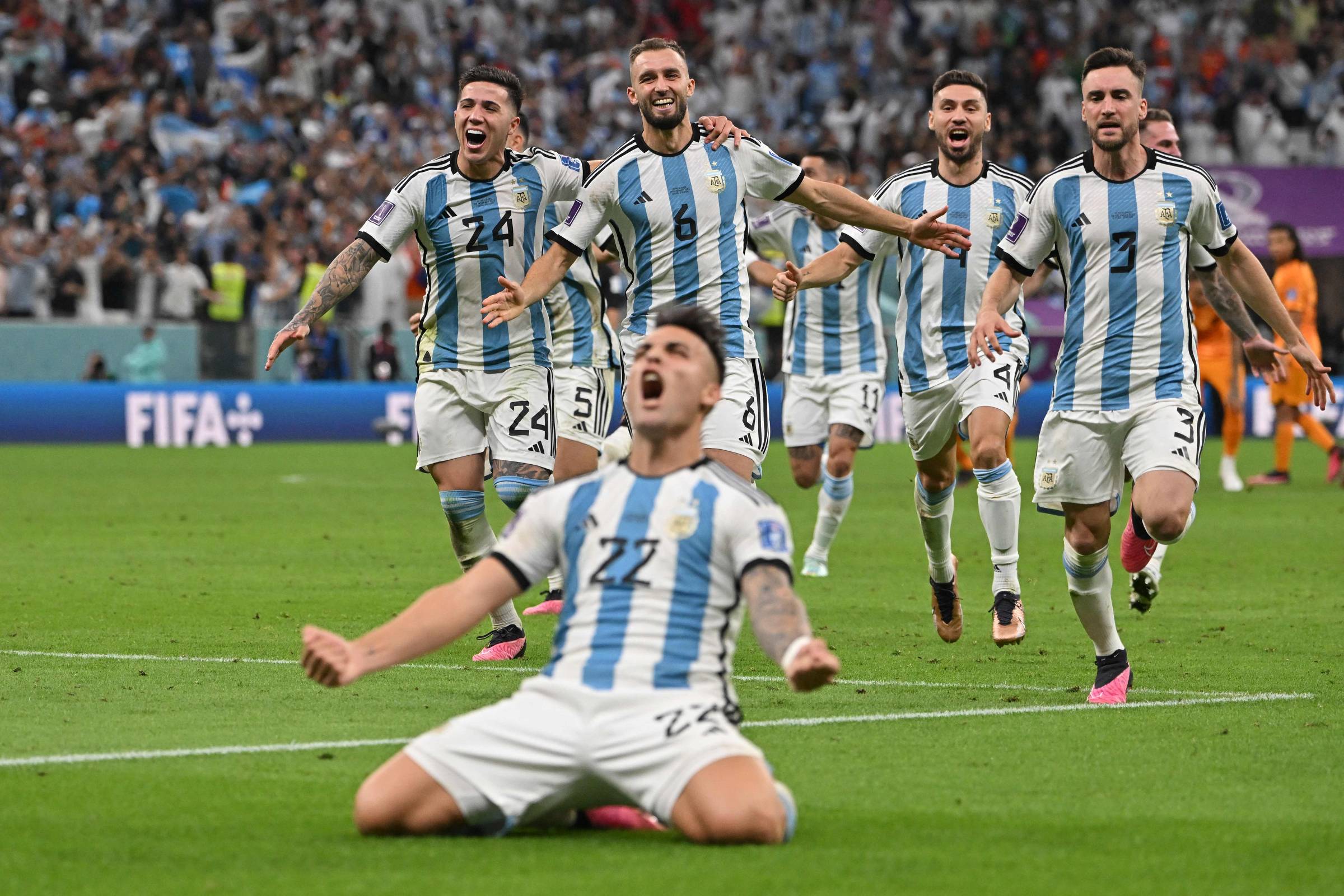 Lionel Messi, 35, confronted Dutch striker Wout Weghorst, 30, in the middle of an interview after the decisive game between Argentina and the Netherlands, this Friday (9), in an attitude classified as “Maradoneana” by the Argentine newspaper Clarín.

“¿Qué mirás, bobo? At the same time, he was being interviewed by a reporter from TyC Sports, a sports broadcaster in Argentina, who seemed confused by the situation.

The player from Laranja Mecânica came off the bench, scored the two goals that tied the duel and took the match to overtime. Backstage after the game, according to him, even in the face of elimination, he waited for the end of the interview to greet Messi.

“I wanted to shake hands with him, I have enormous respect but he wouldn’t talk to me. My Spanish isn’t good but he said disrespectful words, I was disappointed,” Weghorst said.

In Argentina, the reaction went viral and became a print on T-shirts, mugs and several other products.

The misunderstanding was a continuation of the tense atmosphere of the match – on the field, Argentine midfielder Paredes, 28, kicked a ball into the Dutch bench shortly after two hard tackles and almost caused a generalized fight. The Dutch reserves fought back and Paredes was immediately hit by captain van Dijk, who knocked him down.

Even before the duel, Messi was already irritated: Dutch coach Louis van Gaal provoked the Argentine star. He said that in the 2014 semi-finals, in the clash between the two teams, Messi did not touch the ball. According to the experienced coach, the player is not very involved in the match when the opponent has the ball.

In the end, with the Argentine victory, Messi did not miss the opportunity to provoke him.

Facebook
Twitter
Pinterest
WhatsApp
Previous article
This is definitely the best year for Bella Hadid – She has swept everything in her path…
Next article
Oikonomou: “The judiciary is investigating the EYP and during the SYRIZA government”