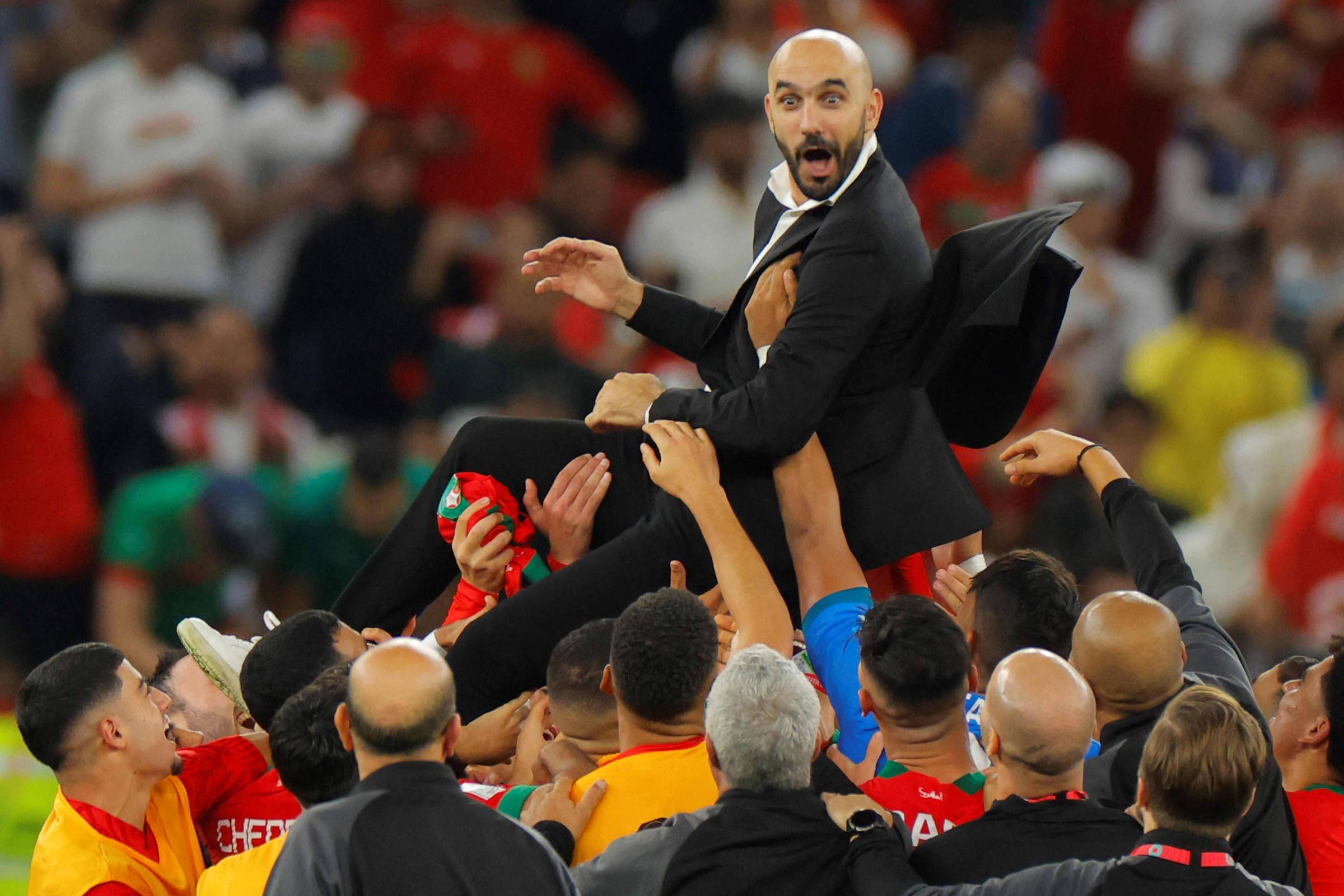 ‘Today the dream is coming true’, says coach of Morocco after qualifying in the World Cup

Walid Regragui, coach of Morocco, says that the 1-0 victory over Portugal, in the quarterfinals of the World Cup in Qatar, is historic for the country. In an interview on the way out of the field, he celebrated the ranking a lot and says it’s just the beginning.

“We’re playing with everything, what can I say? It’s history being created for Africa, I’m delighted”, said the coach.

It is the first time that an African team reaches the semifinals of a World Cup, and the coach is the first African to achieve this feat. “They asked if it would be possible and today the dream is being fulfilled”, said Regragui.

The Moroccan coach also praised the athletes, who, for him, are drawing strength from where he never imagined it would be possible. “This group has a spirit, they did their best. We have some injured players, but those who played were exhausted.”

Regragui took charge of the Moroccan national team in September this year. He made eight appearances, counting against Portugal, with six wins and two draws. He only conceded one goal, in the 2-1 victory over Canada, in the group stage of the World Cup.

“It’s not just a question of respect, it’s a natural progress we’re making. We’re here together, nobody lets go of anyone’s hand”, said the coach.

“History is being written. It’s very difficult for Arab coaches like us. Sometimes they don’t think we have the technical capacity to face the Europeans, but we do. It doesn’t end here, we’re going forward.”