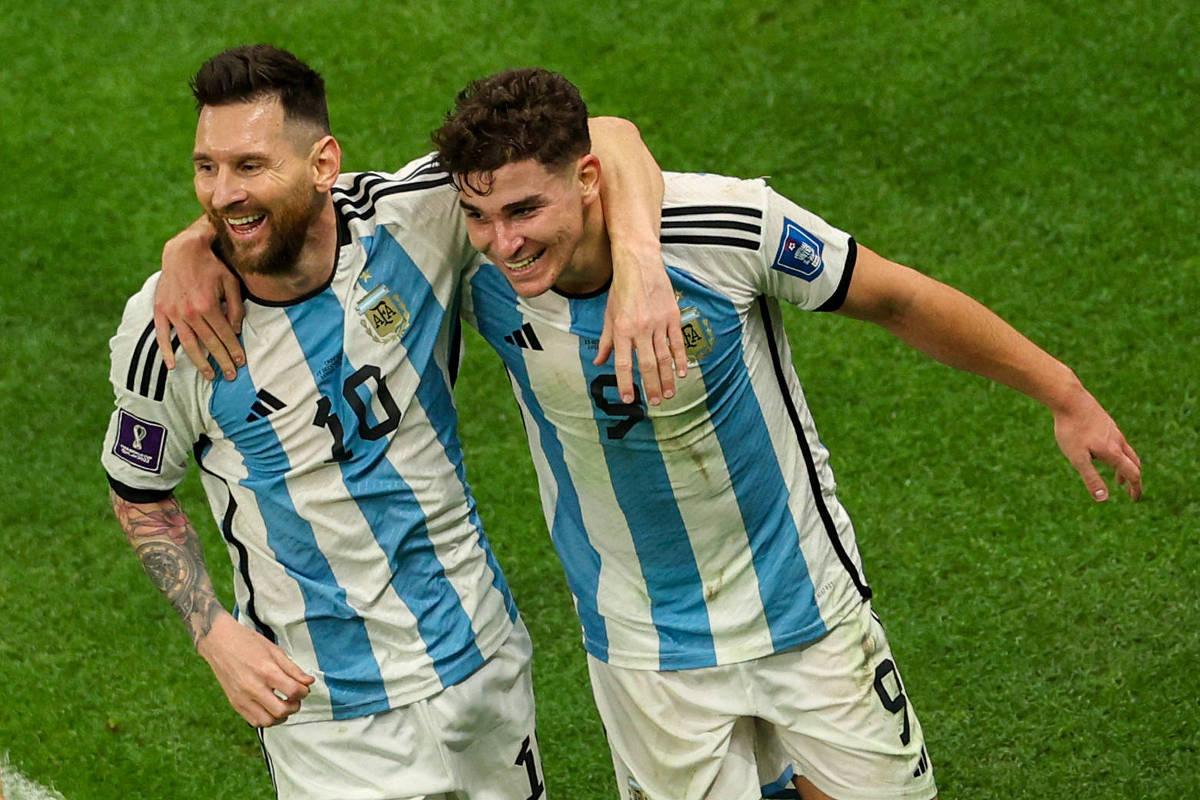 Lionel Messi’s final match in a World Cup will be a final. And it will be alongside a 22-year-old that the 35-year-old veteran will try one last time to achieve what he has pursued throughout his career: the most important title in football.

Argentina got its classification this Tuesday (13th), with a 3-0 victory over Croatia, in Lusail. Messi opened the scoring at the Lusail stadium with a penalty, closed with two goals from Julián Álvarez.

“He has played extraordinary games, playing for everyone, fighting. It was an extraordinary appearance for us. And he deserves it, because he is a wonderful boy. May he enjoy all of this”, said the number 10.

The Manchester City youngster had a hand in all three goals. In the first, he took the ball away from goalkeeper Livakovic and conceded a penalty. In the second, he went bumping from the middle to the goal. In the third, he just rolled the ball into the net after Messi’s great move down the right.

“It’s incredible what Leo does. You have to be prepared for any pass, because he can do anything with the ball. I was waiting in the area, I knew he could do something. It was a beautiful goal,” said Álvarez, who called the journey he has lived in Qatar a “dream”.

The expectation of Alviceleste fans is that the partnership will work again on Sunday (18), again in Lusail, against France or Morocco. Winning would mean the apex for Messi in his fifth Cup.

“We are enjoying it. It is an impressive process. We won the Copa America [em 2021] and we reached this World Cup with 36 games without losing. Now, we come to the end. Of course we want to lift the cup. We’re going to do the best we can,” he said.

“I’m very happy to be able to end my path at the World Cup playing my last game in a final. It’s very exciting what I’m experiencing in this competition, it’s exciting to see people’s reactions, here and in Argentina”, he added.

For Messi, the team showed strength after having lost their long unbeaten run. Defeated by Saudi Arabia in the first round, Lionel Scaloni’s men had to go through tense duels with Mexico and Poland to advance to the knockout stage, in which they defeated Australia, Holland and Croatia.

“We started losing, which nobody expected, but we told people to trust in ourselves, because we believe in the strength of the group. We grew. We had to play five finals. And we played as we should. It’s a big mental strain, and this group knew it get over it,” he said.

The De Paul steering wheel adopted the same line. “It was a hard blow that we received. But it certainly served. We had to win all the matches, there was no way to relax. It was a show of the group’s character”, he declared.

There remains one final, the final. And De Paul knows who he’s going to throw his chips at, the one who wears the number 10 shirt: “he IS the best of them all”.