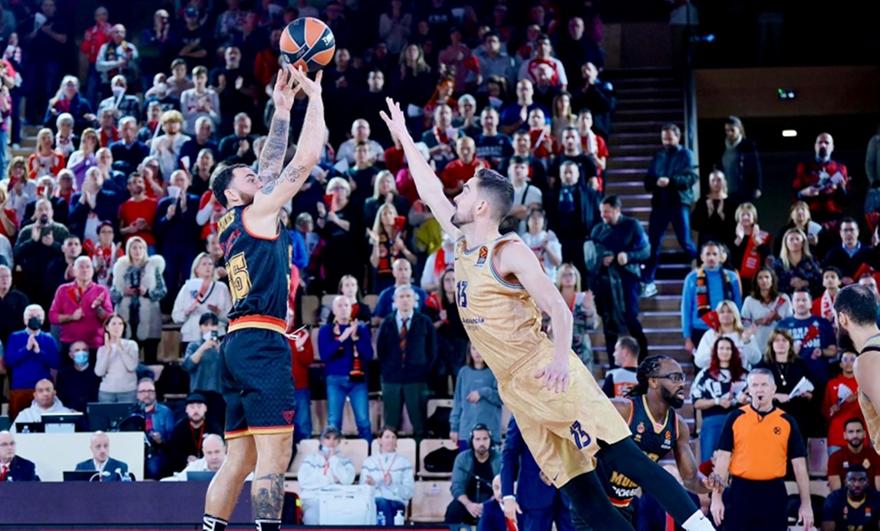 Stormy Barcelona beat Monaco 69-63referred to last season’s shock defeat by Villeurbanne and provoked crowd in the 9 wins, which also have the team of the Principality, Olympiacos and Real. Leading for the winners was Nikola Mirotic with 15 points and 9 rebounds, while o Mike James he had 16 points for the home team, but not the help he needed from his teammates (in the absence of the injured Jordan Lloyd as well).

The Catalans controlled the match in the first half through their defense lowering the tempo. Holding James to 0/4 shooting, the guests closed the quarter with a lead, 13-16, with a shot by the “hot” Mirotic from 10 meters in the exhalation. The leader of the home team closed the first half with 1/7 shooting and only 4 points, while Jasikevicius’ team with 7/17 three-pointers went to the locker room with +5, 29-34.

“Barca” entered the second half fiercely and with the trio of Satoranski, Laprovitola and Mirotic making a breakthrough, escaped with an 11-0 with +17 (31-48). Hall and James helped the hosts to reduce to ten (53-63) entering the last six minutes, however the “blaugranas” did not hesitate. Kalinic’s three-pointer cut off the opponents’ lead and sealed their team’s return to winning ways.

See here the statistics of the match