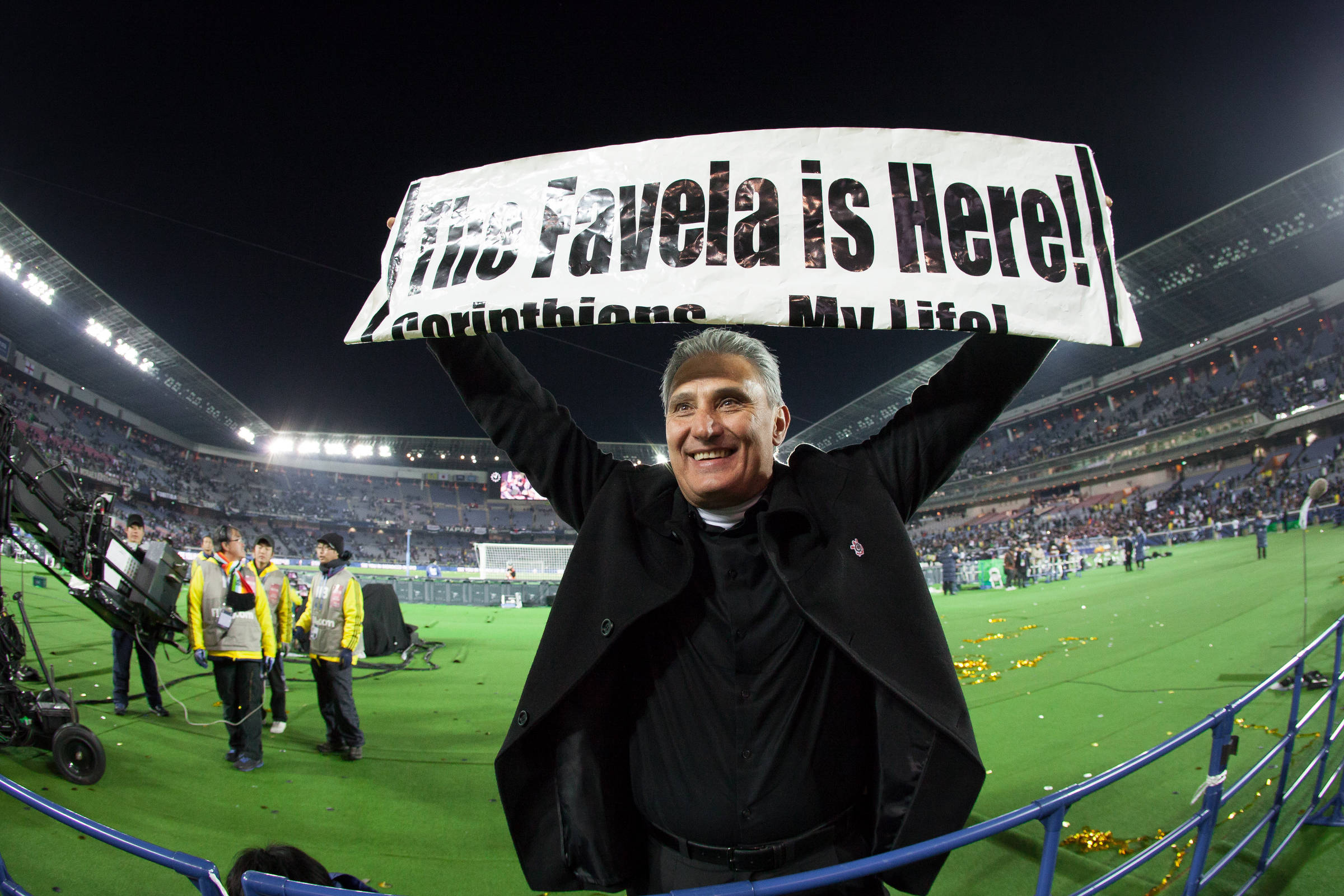 Opinion – Sandro Macedo: Tite and the conquest of the world

Month of December. Competition on the other side of the globe. And Tite made his team the best in the world. He raised his glass, thanked his family and management, who always believed in his work. She even said after the conquest, “I was told, after the opening, you take a picture with the cup. I took it, but I thought it would be difficult to get close to it again”.

It could be the plot of a silly metaverse or the product of a hallucinogenic outbreak, but all of this actually happened. It was ten years ago, on the 16th of December, that the friendly Tite surprised the football world by taking Corinthians to the title at the Club World Cup, in Yokohama (Japan), with a 1-0 victory against favorite Chelsea.

The story of the title is brilliantly described in the book “Diário de uma Conquista”, by Sandro Macedo —dare I say that it is the best work published by the author.

Okay, it wasn’t the best Chelsea ever. Okay, coach Rafael Benítez must hate the competition and messed up in the final match (the same Benítez who lost with Liverpool against São Paulo). It doesn’t matter. Beating Chelsea in that 2012 World Cup was more or less like expecting Morocco to win against Portugal in the Cup — difficult, but it can happen.

The story of the photo on the cup wasn’t exactly in 2012. Tite recalled that he was invited to take the picture at the 2010 Club World Cup, when he was coaching Al Wahda, a team from the United Arab Emirates, the host country of the competition that year.

Probably the professor, currently between jobs, didn’t dream that night of the sweet memory of 2012. Obsessive at work, he must have dreamed of the DAMN final four minutes of extra time, when his defensive scheme, one of his virtues, allowed a counter- attack after a burst into the air with the team all in disarray. Something that must have happened three times since Tite coached Caxias in the early 1990s.

In 2012, when Chelsea lost 1-0 to Corinthians (goal by the Peruvian Guerrero), there was a lot of pressure. The rival was technically better. But Corinthians, in addition to the solid defense, had Cássio in the best days. The goalkeeper closed the goal and left the field with the title of best player in the competition — in second was David Luiz, from Chelsea, who said after the game, in a tone of sadness, that “I would trade everything for the title of the competition. Unfortunately, no He gave”. Which leads us to the perception that the David Luiz of 2014 was so 2012.

But going back to that final, when they had a blown ball in the attack, they needed to stop and think, cadence instead of running, Corinthians had the experienced Danilo. It was impressive to see the player on the field, it seemed that he ran less than everyone else, but he was the one who dictated the rhythm in several moments.

Danilo was not Messi, of course. But in the 2022 World Cup, Messi is that guy for Argentina — as Modric was for Croatia, especially against Brazil. He accelerates, dribbles, shoots, but, above all, sets the pace all the time.

Brazil in 2022 had many qualities, it had one of the best groups of attackers available and high-level defenders (the Copa de Marquinhos was brilliant). But it also showed weaknesses. Unlike other teams, including neighbors Ecuador and Argentina, Brazil took longer to react tactically to obstacles in a match, or between games.

Of course, this is a superficial analysis based on a result, as practically all football analysts do. We talk about how good Argentina is because Lautaro Martinez hit the last penalty against the Netherlands. Otherwise, the conversation would be inattention after opening 2-0. France is incredible and sung in prose and verse, but only because the Englishman Harry Kane missed a penalty (which was scored, there was another very suspicious one). If he got it right, the English would be the favorites and would resell the formula of “how to annul Mbappé” to others.

Tite will probably dream and think about this painful elimination of Brazil for a long time. Patience, he didn’t have a Messi in the team, but if he had a Danilo…

Facebook
Twitter
Pinterest
WhatsApp
Previous article
New US sanctions on Russia: Businessman Potanin and financial services targeted
Next article
The EDEM celebration: When music blooms in the garden of Piraeus