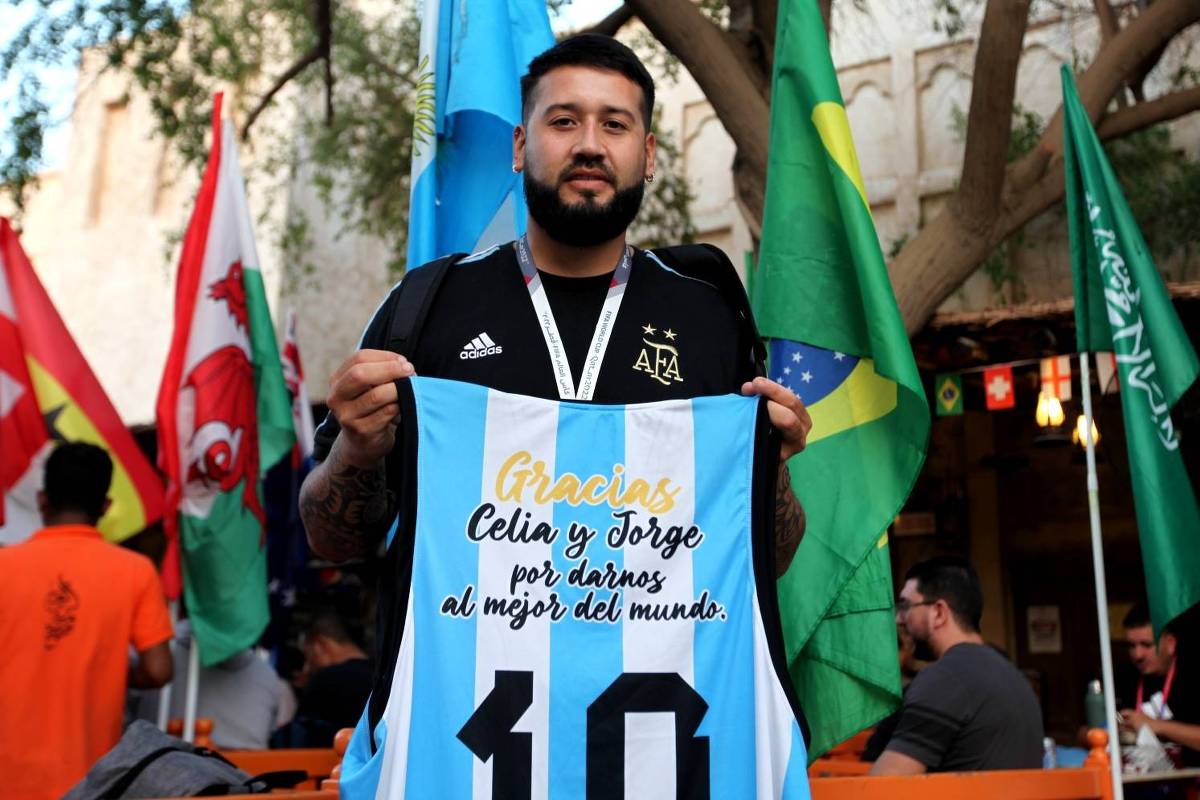 $100,000 or seeing Messi in the World Cup final? An Argentine knows the answer

A rumor that 10,000 tickets for the final would go on sale this Friday has filled many Argentines with hope.

On Thursday night (15), hundreds of them went to protest at the door of the Jassim Tower, the hotel where the president of the AFA (Argentine Football Association), Claudio “Chiqui” Tápia, is staying.

Tickets were not made available. FIFA does not confirm their existence.

In WhatsApp groups, those in Doha mobilize in search of a ticket to enter the Lusail stadium, this Sunday (18), to see Lionel Messi’s last match in a World Cup: the decision against France.

Walter Abalde, 36, just follows the discussions. He had the peace of mind of someone who has his place assured. Raffled by Fifa in the first batch of tickets sold, he does not consider reselling it. Not even for an astronomical sum, which could change his life.

“I’ve already been offered $100,000 [R$ 528 mil]🇧🇷 I don’t see it under any circumstances. For no money. This entry is priceless. It’s the World Cup final and Lionel Messi can make Argentina champions. Forgets. Not seeing,” he said.

Messi fanatic, Abalde has a tattoo with the number 10 and the idol’s name on his calf. This Friday, he carried through the center of Doha, a T-shirt with the Alviceleste colors and a message of thanks to Célia and Jorge, the parents of the captain of the national team.

There is no reliable figure for how many fans are in Qatar without tickets for the final. But the closer the game gets, the more prices are likely to rise.

According to reports in the Argentine press, in the parallel market, tickets have been sold for US$ 5,000 (R$ 26,400). But for those in Doha, this value is already very outdated.

“That was what I paid on Tuesday (13), the day of the semifinal against Croatia. Now this amount is no longer available,” says Diego Bianco, 42.

He just doesn’t want anyone in his family in Buenos Aires to know that he spent all that money to see a football match. It doesn’t matter that it’s the World Cup final.

“My sister will kill me if she finds out!”

Before the World Cup, the estimate of the Argentine government was that around 40,000 citizens of the country traveled to Qatar. More people are expected to arrive by Sunday, but it’s unclear how many will have tickets.

Aerolíneas Argentinas, the country’s state-owned airline, posted video on its Twitter account of a plane packed with fans heading to Qatar.

“Every World Cup is the same thing. There are tickets for sponsors, for managers, for locals, but for those who really want to cheer, there aren’t any. Not to mention tourism agencies that keep the tickets to later resell them more expensive”, complains Jeronimo Mendéz, 34, who claims to have seen the same phenomenon in 2014, when the selection made the final of the World Cup against Germany, in Rio de Janeiro.

On the day of the decision, eight years ago, thousands of Argentines flocked to Maracanã in the hours before kick-off in a desperate search for a ticket. The scene could repeat itself this Sunday.

“We bought it through FIFA’s website and we were lucky. There are a lot of people with empty hands, a lot of people. I don’t know how it will be”, observes Andreas Brolanigo. 32.

Alongside his brother Leonardo, he arrived in Doha after his debut against Saudi Arabia, the 2-1 defeat. After that, the team won four matches and drew one. This one that ended in equality was for the quarterfinals against the Netherlands. Argentina advanced on penalties.

“It is proven that we are not mufa”, he added, quoting the expression used in Argentina for “cold foot”.

Facebook
Twitter
Pinterest
WhatsApp
Previous article
Budget 2023 – Hatzidakis: The 10 new initiatives for 2023
Next article
Financial Times: How Putin’s technocrats tried to talk him out of the war’s consequences