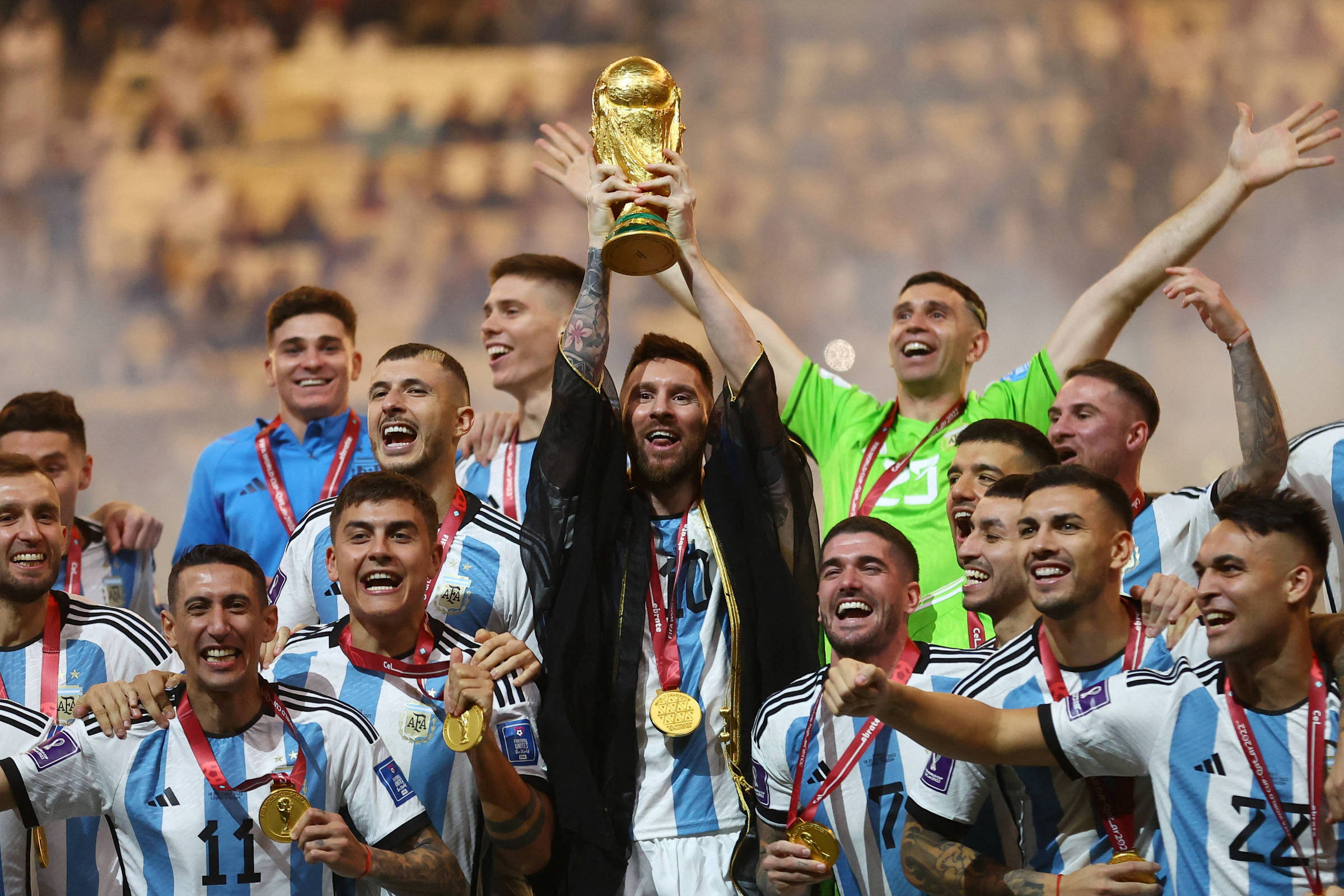 Argentina, world champions in Qatar, rose to second place in the FIFA rankings, behind Brazil, which remains in first place. Vice-champion France completes the podium, according to the official ranking released this Thursday (22).

The Argentine team was third before the Qatar tournament. Already the French, who were off the podium, overtake Belgium, eliminated in the group stage. Brazil, which fell in the quarterfinals, manages to maintain the first position, which it has occupied since March 31.

The top three are with a margin of 20 points and increase the distance for the Belgians, now in fourth place.

The script for the World Cup final, won on penalties by Argentina (3-3 in extra time, 4-2 on penalties), was not favorable to either of the two finalists: if one of them had won before the end of extra time, they would have won leadership of the classification, since Fifa attributes more points to the winner before penalties.

The biggest turnaround in the world top 10 was made by Croatia, who went from 12th to 7th place thanks to third place in Qatar. Tournament surprise Morocco moved up eleven spots to No. 11, remaining the top-ranked African nation.

The other side of the coin is Denmark who, defeated by Australia in the group stage, lost eight places and went to 18th place, the biggest drop in the Top 20.

Sometimes criticized for its method of calculation, the FIFA rankings are used to settle the pots in the draws of major competitions. Germany, 12th before the draw for the World Cup in Qatar, fell for example in pot 2 and could not avoid Spain in the group stage.

Facebook
Twitter
Pinterest
WhatsApp
Previous article
Niki Arambatzis (OPANDA president): How will Athens celebrate Christmas
Next article
Zakharova: Biden and Zelensky have shown that they are determined for war