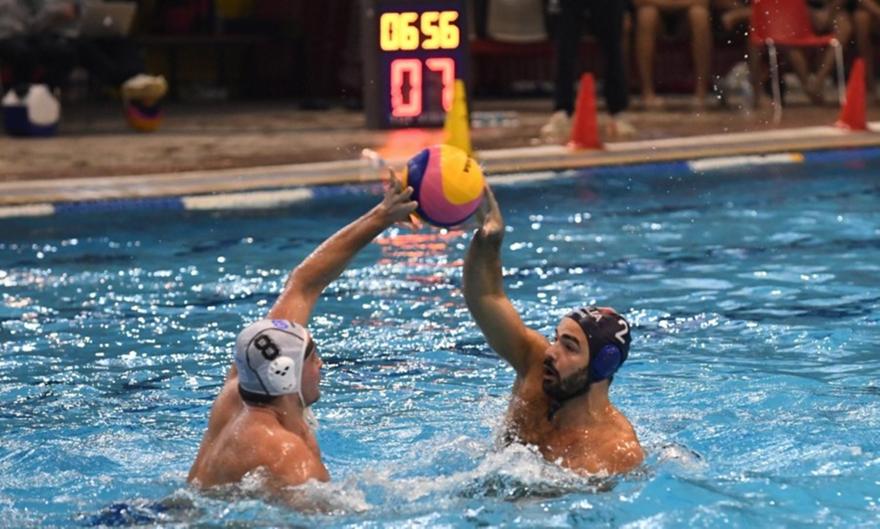 Defeat with useful conclusions for the Men’s National Polo

The junior men’s national polo team lost 7-10 to Italy in Piraeus in the first of two warm-up matches between the two representative groups ahead of the upcoming major events.

Thodoris Vlachos drew important and useful conclusions and tested schemes, with the internationals working on the changes to the regulations. The National team presented a good image from time to time, mainly in 6 vs. 6.

The problem was the bad percentage of the player above (3/12 pp. and 3/3 penalties), which also affected the score, with “Setebeleo” escaping with three goals and, despite the fact that the National team reduced 7 -8, the Italians reached victory.

The federal coach emphasized that: “I think that the player above and the opposition were the two bad characteristics of our game today. We tried a bit to play with the new regulations, to have two players within 2 meters, but we did not find any solutions. The Italians played quite closed, we didn’t find a few shots and I think there were a lot of extras that we didn’t manage to score.

We knew that they are a team with a very high tempo in their game, we conceded 3-4 goals from counter-attacks which, for sure, came from carelessness on our part, I don’t think anything else is to blame. It is something that needs a lot of attention with such a team, we were not very careful today. These two pieces cost us a good performance today.

In other words, in “6 on 6” attacks we were quite good, we pulled out enough defenses, created chances, won rejections, our strikers worked, we also swam, it’s just that the player above us -percentage- was at a disadvantage compared to the Italians – this is how the game was judged, these were the main reasons.

I made a call of 20 people and all these players were in both competitions last summer, key athletes for the National team are missing, as well as two important players for Italy. We want to test all the guys in such a strong game and at such a pace, that’s what we tried to do today. We will train tomorrow as well, as we have another official friendly which I think everyone will compete as normal. We simply want to see what situation we are in and how the new faces respond to such conditions.

The primary goal is to meet and gather together and secondly to play at least two officially – with a lot of people who came, in fact, today to enjoy a good game with top athletes participating. Certainly, however, we always want to win and this is a matter of training. I think there is nothing different left to absorb from this preparation, only positives. The next event we have is a bit far away, so we can’t say right now that we’re ready for it, but we don’t have another chance to get together and train together.