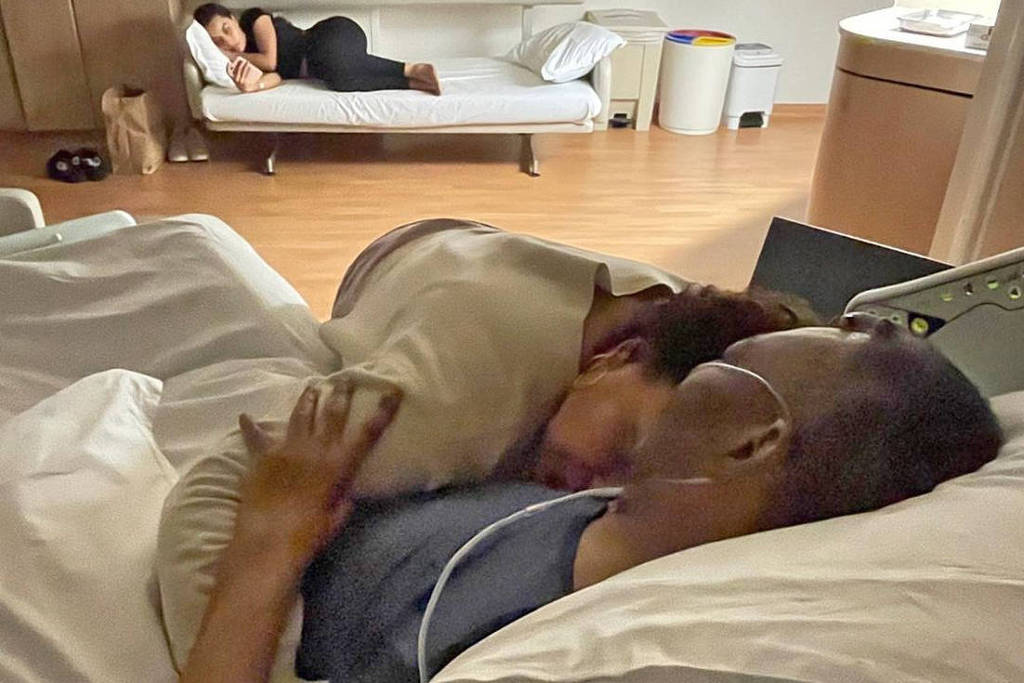 With his family, Pelé completes a month hospitalized in São Paulo

A month ago, on November 29, Pelé was admitted to the Albert Einstein Hospital, in São Paulo, for a reassessment of the chemotherapy treatment against colon cancer identified in September 2021.

Since the beginning of December, the King of Football has been in exclusive palliative care. This means that chemotherapy has been suspended and that he continues to receive comfort measures, to relieve pain and discomfort, for example, without being subjected to invasive therapies.

The last bulletin with official information about the former player’s health was released on Wednesday (21). The text signed by doctors Fábio Nasri, Rene Gansl and Miguel Cendoroglo Neto informed that the cancer had progressed, and that Pelé needed “greater care related to renal and cardiac dysfunctions.

Since then, the family has periodically published photos from the hospital, but without updates on Pelé’s condition.

Remember the hospitalization of the King of Football

In the early afternoon when he was hospitalized, a month ago, Albert Einstein’s press office released a medical bulletin explaining that Pelé was in the hospital for a reassessment of chemotherapy related to the colon tumor. The text said that the former player was in full control of vital functions, and had a stable clinical condition.

“Friends, I’m at the hospital making my monthly visit. It’s always good to receive positive messages like this. Thanks to Qatar for this tribute, and to everyone who sends me good vibes!”, published the King’s official profile. He had received honors at the World Cup.

During his hospital stay, he was diagnosed with a respiratory infection and started taking antibiotics, according to a bulletin released on December 2.

On December 3, Pelé no longer responded to chemotherapy treatment and was in exclusive palliative care.

According to ESPN, Pelé arrived at the hospital with generalized swelling, a generalized edema syndrome and decompensated heart failure. THE Sheet confirmed the information.

Stars like Kylian Mbappé, Vinicius Junior, Rivaldo, Rodrygo and other players used social networks to wish strength to the King, who also received tributes from fans and football organizations during the Qatar Cup.

A new medical bulletin was released on December 6th. According to the text, the former player showed gradual evolution. “The patient continues to evolve with progressive improvement in his general condition, especially the respiratory infection. He remains in a common room, with stable vital signs, conscious and without further complications”, read the text.

On December 12th, daughter Kely arrived in Brazil and shared records with her father. On her official Instagram profile, she published a photo holding the former player’s hand and, in another record, showed that she was working from the hospital room.

On the same day, another medical bulletin was published, according to which the ace had not yet been discharged, but continued to show improvement.

A new bulletin was released on the 21st, pointing out the worsening of Pelé’s health, who now needs care related to kidney and heart dysfunction. This was the last statement released by the Albert Einstein hospital until the publication of this text.

The news changed the family’s plans, which planned to spend Christmas with their father at home. On the 23rd, Kely published a photo hugging Pelé and wrote: “We are still here, in the fight and in the faith. One more night together”. The image shows Pelé in bed in one of the hospital rooms. The granddaughter, Sophia Nascimento, daughter of former goalkeeper and coach Edinho, also appears in the background.

Edinho posted a photo in the afternoon of Christmas Eve in which he appears hand in hand with a former player. “Dad, my strength is your strength,” he wrote in the caption. Former goalkeeper and current coach at Londrina, Edinho went to São Paulo to spend Christmas with his family, who are accompanying Pelé to the hospital. Afterwards, he returned to Paraná to continue with the team’s training.

On the 27th, the new Santos shield was released in honor of Pelé. The badge won a crown positioned among the stars referring to the 1962 and 1963 world titles, won by the club in the golden years of the King of Football, and will be used in 2023.

This Thursday (28), Gabriel Arantes and Octavio Felinto Neto, children of Sandra Regina, daughter of Pelé who died in 2006, visited their grandfather in the hospital. “What else we learn from all this is that we have to look for each other, and hold each other very close. That’s the only way that it’s all worth it. With everyone together”, wrote Kely in a photo published with her nephews. They also shared images holding their grandfather’s hand.

At the age of 80, Pelé was admitted to the Albert Einstein hospital on August 31, 2021 to undergo routine tests, which should have been done in 2020, but were postponed due to the Covid-19 pandemic.

On September 4, he underwent surgery to remove a suspicious lesion in his right colon. The tumor was identified during routine cardiovascular and laboratory tests and the material was sent for pathological analysis.

The hospital released a new bulletin on September 10, saying that Pelé was still in the ICU (Intensive Care Unit), conscious and recovering satisfactorily.

On the 14th of the same month, a new statement announced that the former player had been discharged from the ICU and would continue to recover in a room at the institution.

On the night of September 16, a Thursday, Pelé was taken back to the ICU after experiencing respiratory instability. After stabilizing, according to the doctors, he was transferred to semi-intensive care.

According to people close to Pelé’s family, the condition was not considered serious. The former number 10 of the Brazilian national team would have had excessive drowsiness and abdominal swelling caused by reflux. Going to the ICU was a precaution, in part, due to the patient’s age.

In the following days, Pelé was filmed pedaling on an exercise bike, still recovering in hospital. He practiced the exercises and physiotherapy under the supervision of professionals.

The King was discharged on the 30th of September, after being hospitalized for almost a month in São Paulo. “The patient is stable and will continue undergoing chemotherapy, after the surgery to remove the tumor in the intestine, performed on September 4”, said a note from the Einstein.

The King was hospitalized again to continue the treatment, according to a statement released by the hospital on December 8.

In a post on his Instagram account on the 9th, Pelé celebrated the last chemotherapy session of 2021 and said that he would undergo a new battery of tests. He was discharged on the 23rd of December.

At the beginning of 2022, in January and February, the King of Football was hospitalized for a few days to continue the treatment of the tumor.