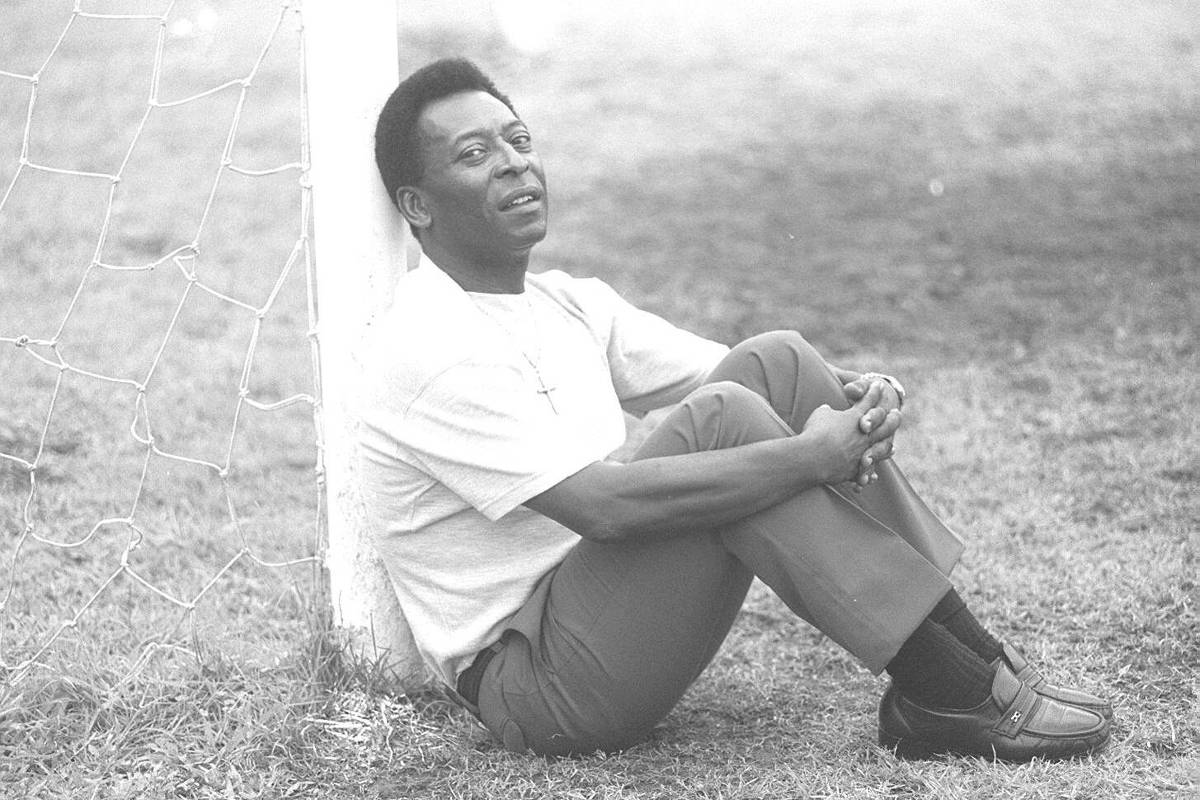 In ‘Pelépolis’, every resident has a story with the King

Every former resident of the city of Santos has a story with Pelé. And some of them are true.

I, for example, in the 1970s, saw him drive by several times —in fact, only twice— driving his blue Mercedes. I was also treated for bronchitis in one of your clinics. And, supreme joy, one day I ran into Him on the street. I must have been seven or eight years old. I remember that He put His hand on my head. But even that blessing didn’t make me a good soccer player.

Obviously, the maximum temple of “Pelépolis” is the Urbano Caldeira stadium, in Vila Belmiro. There he has a booth that is like his throne. And upon that lawn he led his army in great battles.

in Guarujá [cidade a cerca de 10 km de Santos] is Pelé’s official residence, a mixture of the White House, Alvorada Palace and Buckingham Palace. But much more important. The house occupies an entire block, and I confess that I was moved when I entered there, as an adult, to talk to Him about the documentary “Pelé Eterno”, released in 2004, for which I was writing the script.

I remember that the house had an indoor soccer court, a good barbecue (to make you jealous, I tell you that the King himself served me a barbecue skewer) and a kind of annex where trophies, souvenirs and the like were kept. There were several boxes.

My memory says that it was something like the final scene of “Raiders of the Lost Ark”, but maybe she’s exaggerating a little.

Many of those things are now in the Pelé Museum, another shrine to be visited by the faithful subjects of the king in Santos. It is located in the center of the city, in an old house that underwent a thorough renovation.

Speaking of houses, the houses in Vila Belmiro are also worth a sacred way. Pelé must have walked past those nice houses thousands of times. Since they haven’t changed that much over time, walking around you can see a little bit of what He saw 50 years ago.

In his early years playing for Santos, Pelé lived at Dona Georgina’s pension with other players (see the location .

Pepe says they heard the tram coming and ran to catch it. The house where the boarding house operated still exists. But it turned into a shoe store.

By the way, a true worshiper of the King can take a ride on one of the trams that tour the city just to find out how little Gasolina was heading to Santos training.

Didi’s barbershop, opposite the stadium, is another pilgrimage point. It was there that Pelé made his famous pompadour. And, legend has it, Didi still cut her hair every month.

The Embaré church, built in neo-Gothic style, is also worth a visit. It was where they threw grains of rice at his head when he married Rose, his first wife.

Finally, you can visit the sea. Pelé tells, but it is not known if it is true or legend (it doesn’t make much difference), that when he arrived in Santos, the first thing he did, still wearing his traveling suit and suitcase in hand, was to walk along the sand to the sea ​​and try some of the water.

And there are those who say that, in order not to displease the future King, the sea became sweet.

Facebook
Twitter
Pinterest
WhatsApp
Previous article
The greats who were enchanted by Pele – Statements that made history
Next article
Opinion – Haig Apovian: International community must act to prevent another Armenian genocide