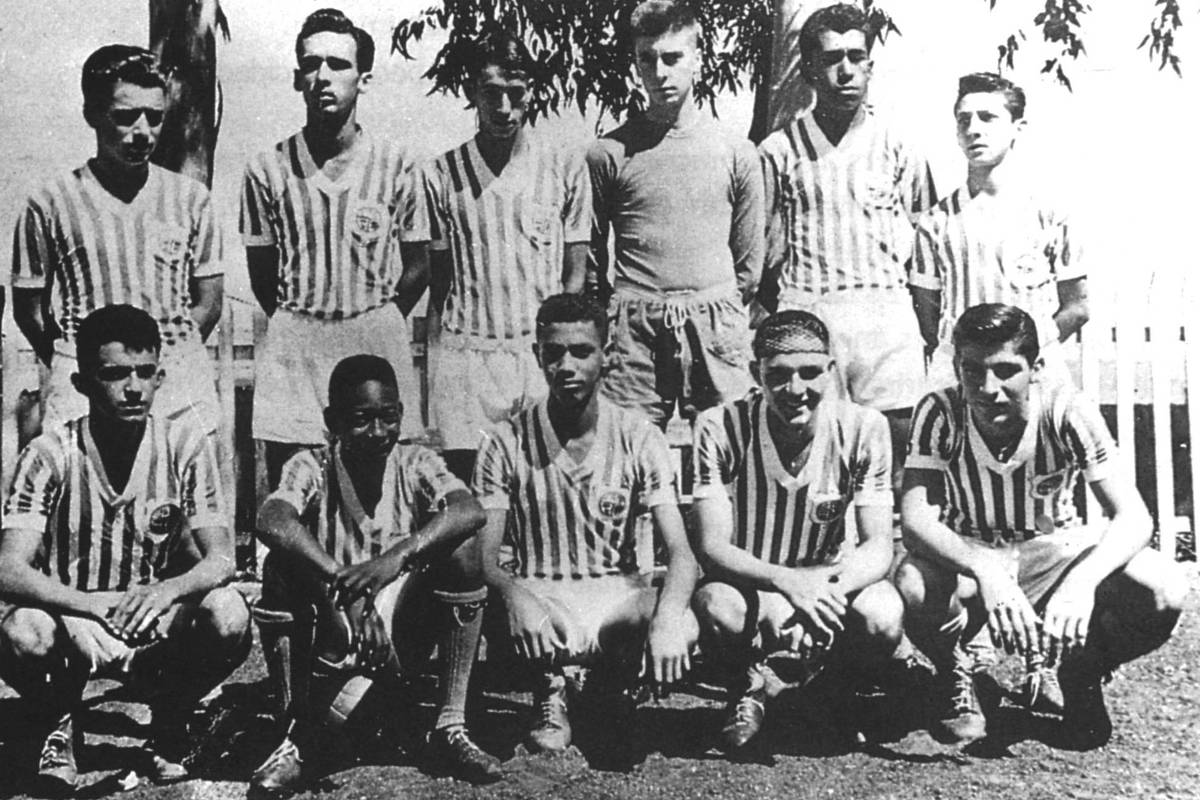 Far from Bauru, in the interior of São Paulo, is the shoeshine box that Pelé carried to get some change at the train station in the city where he lived from five to 15 years old, before going to Santos.

It was there that he started playing football – first in the dirt fields, barefoot, then in the floodplain teams, with his first boots and, finally, in the BAC (Bauru Atlético Clube), in his professional debut.

The box is one of the items at the Pelé Museum, housed in the old Mansions of Valongo, in Santos. Documents, shirts, boots, balls and trophies from the personal collection of the Minas Gerais native from Três Corações are also on display.

For Bauru, nothing is left of the timeline of the best player in history. Plans to build a memorial in honor of the athlete never came close to execution and, over the years, important landmarks of Pelé’s decade in the city have been erased.

BAC, the first club, was demolished in 2006 to build a supermarket. A mural depicting the old stadium and a panel with photos are the only reminders of the glory days when the youth team relied on the talent of the future king of football.

After years of abandonment, invasions and a fire, the Arantes do Nascimento family home, in the central region, was demolished in 2015. The former player spent his off seasons with his parents at the property, but he never lived there.

Recognized worldwide, Pelé kept friends for many years and received tributes in the city where he was unveiled.

In the last four decades of his life, however, he stopped visiting Bauru and increased his distance from childhood and adolescence friends, without any known explanation for this.

In 2014, the year of the World Cup in Brazil, memoirist Luciano Dias Pires, who collects stories about the city in the interior of São Paulo, declared that he wanted to meet the player and ask why he no longer appeared in the place where he first appeared.

In 2020, when interviewed by CNN, Pelé remembered the vacation periods he spent in Bauru with his family.

“I would arrive all covered in a mask and he (Dondinho, the father) would say: don’t come with that stuff there, not because you got this gift from God of being a soccer player. Deflate that little ball”.

It was because of Dondinho that the family moved to Bauru, in 1945. Also a player, he had been signed by Lusitana (later BAC), where he played for eight years before ending his career, due to injuries that traumatized the family. Pelé’s mother, Celeste, 100, feared her son would suffer the same fate.

This Thursday (29), the day the player died, the mayor of Bauru, Suéllen Rosim (Patriota), declared three days of official mourning and recalled that it was in the city that the athlete took his first steps.

It is a story that is told in the book “From Edson to Pelé”, from 1997, about the king’s childhood, written by journalist Luiz Carlos Cordeiro.

“Wherever his presence was announced, the people went there to enjoy the delights of a great game, with phenomenal moves. And everyone already knew: where there was Pelé, there was a show”, says an excerpt from the publication.

Facebook
Twitter
Pinterest
WhatsApp
Previous article
Elon Musk: The “king” is naked – Within 13 months he has lost more than 200 billion dollars
Next article
Tsitsipas-Sakkari and the entire Greek team are ready for the United Cup