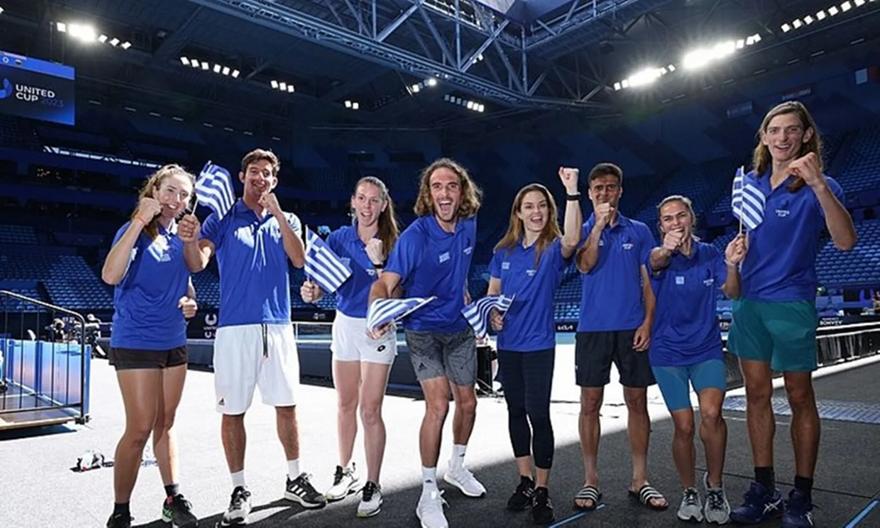 Ready for distinction in the newly established United Cup held at Perth, Australia is the Greek team, which will be led by Stefanos Tsitsipas and Maria Sakkari.

Greece is in a group with rivals Belgium and Bulgaria and consists of Stefanos and Petros Tsitsipas, Maria Sakkari, Despina Papamichael and the brothers Sappho and Stefanos Sakellaridis.

The premiere of the Greek team will take place in the morning hours of Thursday (29/12), against Bulgaria. First, Despina Papamichael will face Izabella Sinikova (06:00) and then Stefanos Tsitsipas will compete against Grigor Dimitrov (08:00).

“We have our eyes on the prize. I have a lot of faith in the players that are currently in our team. I feel like it can’t get any better than this right now.”were the words of Stefanos Tsitsipas.

Maria Sakkari referred to her best moments partnering the Greek champion, at the Hopman Cup 2019, saying: “These are some of the best memories of my career. We didn’t make it to the final, but we were very close. I would say we were unlucky with the scoring system.”

The floor was also taken by Despina Papamichael, stating how “I feel a bit of extra responsibility, but I’m really excited to be here with the team, with such good players. We really look forward to helping achieve our goal.”