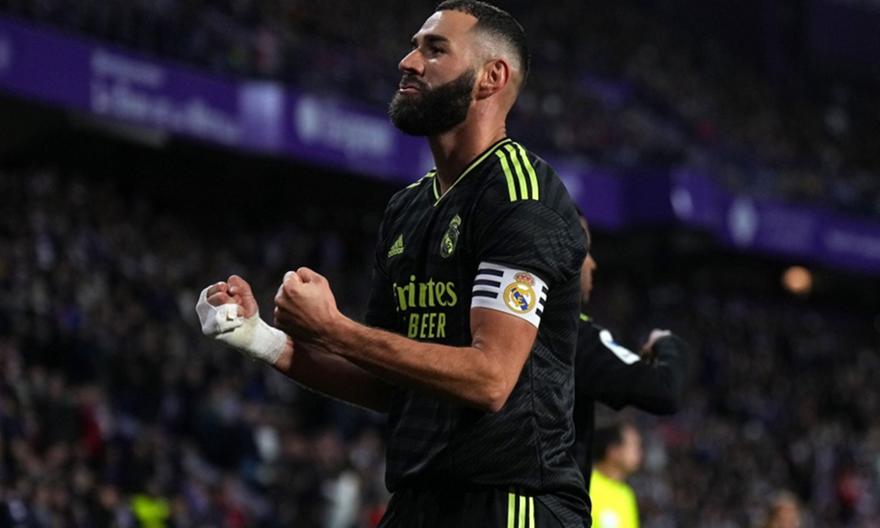 Benzema is back… furious and mudslinging Real!

THE Real Madrid the… needed at her headquarters Valladolidby Courtois to keep the “queen” standing on two occasions, but, in the end, not only did she not “slip”, but she also took the victory (0-2)by Karim Benzema to “beat” at the end!

On his return after his injury and the … loss around him on the occasion of his “cutting” from the French national team for the World Cupits owner Golden Ball he scored two goals in six minutes (83′, 89′) and gave the “three points” to the Madrid players, who entered with the right hand at the resumption of the championship.

We remind you, don’t we, that Real had two rows of gels before the interruption and it was needed only victory against Valladolid, in order not to leave it Barcelona (he has on Saturday, at 15:00, the Barcelona derby with Espanyol) to move away. Now, the “queen” has 38 points and is waiting for the result of her great rival, who has one less, 37.

Yet, in the 17th minute, Benzema missed the goal! His ball was set after his surgery terrible Masip in Vinicius’ place, but the Frenchman missed against a defenseless home team. At that point, it wasn’t, that Real “pop”! After the first quarter, the “queen” seemed to run out of strength, a fact which… Valladolid saw!

So, in the 28th minute, Sanchez shot wrongly against Courtois, the Belgian ten minutes later made fantastic save with one hand on Aguado’s deflected shot, while the latter had a new “lightning” in the very next phase just next to the goal!

In the 67th minute, and with the pace having dropped – and Real looking for – Courtois made new, unlikely operation to a bloody header by Sanchez, to “reply” Vinicius in 68′, who went to score one fantastic goal, but he dug the ball into the tête-à-tête and sent it over the bar. And since no one could, he asked Benzema to “speak”…

In the 81st minute, Real won penalty for Sanchez’s hand from a header by the Frenchman, who took over the execution and opened the scoring in the 83rd minute! In fact, in the interval (82′), Valladolid was left with ten, as well Leon was sent off with a second yellow card for strong protests to the fourth. And in the 89th minute, Benzema again sent the ball into the net with a beautiful finish inside the area after a terrific effort and assist from Kamavinga, finishing the job!

In detail, the program of the 15th matchday:

The schedule for the next (16th) matchday:

Facebook
Twitter
Pinterest
WhatsApp
Previous article
Kerameos to SKAI: At 75 million this year’s student allowance – 24,700 appointments in the last two years
Next article
Death of Pope Benedict: His body in the Vatican in popular pilgrimage