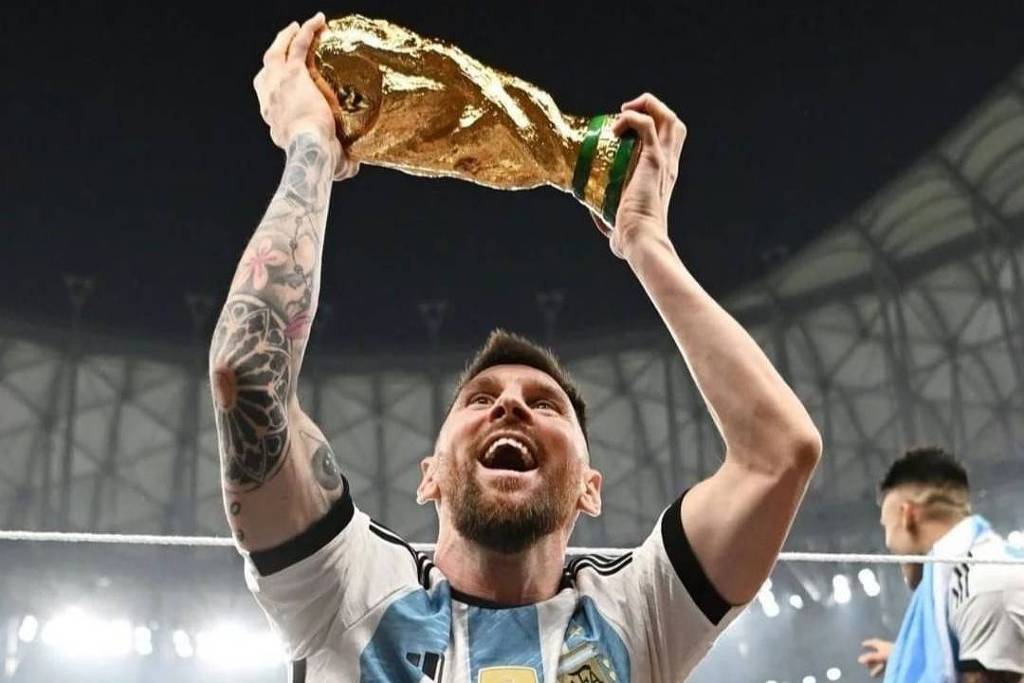 Messi thanks family and fans in 2022 retrospective: ‘Incredible to share the path with you’

World champion in Qatar in 2022, Messi, 35, celebrated the achievements of the year in a retrospective published on his social networks this Saturday (31). “It ends a year that I will never be able to forget”, says the Argentine idol, chosen as the best player of the World Cup.

“The dream I’ve always pursued finally came true. But that wouldn’t be worth anything if it weren’t for the fact that I could share it with a wonderful family, the best one can have, and some friends who always supported me and didn’t leave me stay on the floor every time I fell,” he wrote.

Celebrated all over the world and by more than five million Argentines, the star did not fail to mention the fans, who follow and support his career. “It’s amazing to be able to share this path with all of you.”

“It would be impossible to get where I am without so much encouragement that I received from all the people in my country as well as from Paris, Barcelona and so many other cities and countries from which I have been receiving affection”, he thanked.

On the 19th, when the team would arrive in Argentina, the country declared a national holiday for the world title party. On the occasion, the winning delegation would leave Ezeiza airport and head to the meeting with the fans in the Obelisk square, but plans ended up changing due to the number of people in the streets.

“I hope this year has also been wonderful for everyone and I wish you good health and strength to continue being happy in 2023. A big hug to everyone!”

Facebook
Twitter
Pinterest
WhatsApp
Previous article
Zelensky: Year of victory in 2023 for Ukraine
Next article
From Xuxa to Neymar, celebrities take stock of the year and celebrate the arrival of 2023