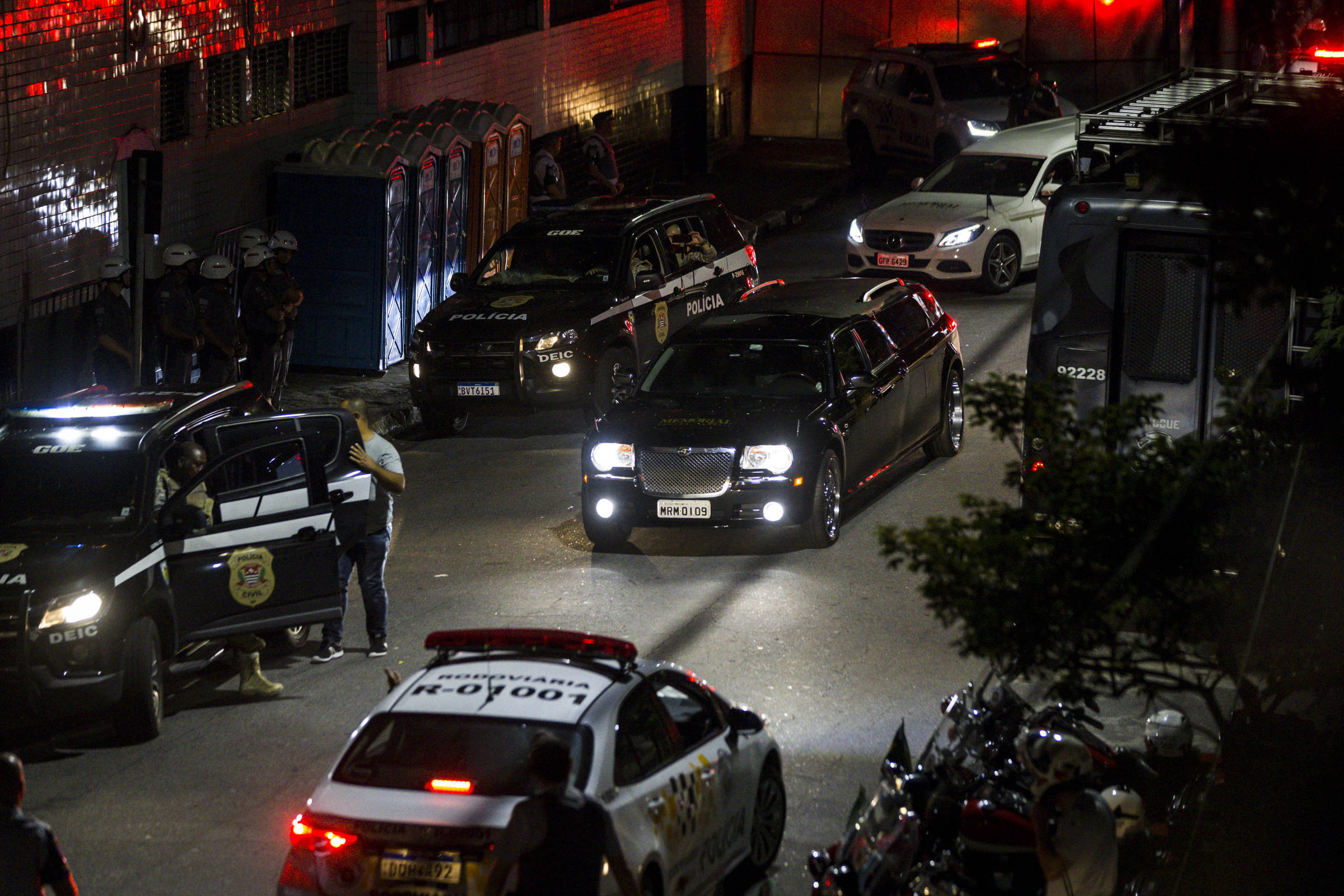 Monday, January 2nd, 3:57 am. The body of the King who reigned, not just in one kingdom, but throughout the world, has just arrived in the city that gave him fame. Pelé has just made his last trip to the most famous village in the world.

The star died in São Paulo, on the afternoon of last Thursday (29), after spending a month in the Hospital Israelita Albert Einstein.

The coffin with Pelé’s body left the hospital at 2:04 am bound for Vila Belmiro, the stadium where the star was born and showed him to the world. Four scouts on Harley Davidson motorcycles made way for the hearse to Via Anchieta. From then on, cars from the Civil, Military and Highway Police, and from the Shock Troops, escorted the King.

The nearly 90 km route through Serra do Mar took one hour and 53 minutes. One block before the stadium, on Rua Princesa Isabel, members of Santos supporters set off fireworks in honor of the eternal number 10 shirt. With flags and applause, at least 50 people accompanied the car to the front of the venue, where fans had already gather in line for farewells.

Salesman Wilson Gênio went at the beginning of the morning with his son Miguel, 13, to the hospital door to wait for the body to leave and they proceeded to Vila Belmiro. The two, in addition to the emotion, carried white flowers with a message from the family to Pelé and a flag autographed by the King of Football.

“It was signed in a restaurant he frequented here in Santos and I sold packaging there”, said the fan.

The car with the star’s body went directly to Vila Belmiro, where it will be veiled from 10 am this Monday (2). The gates will be open to the public and access will be through gates 2 and 3, exiting through gates 7 and 8.

On Tuesday morning (3), the moment of farewell to the King will come to an end. The body will be taken in procession through the streets of Santos to the Ecumenical Necropolis Memorial Cemetery.