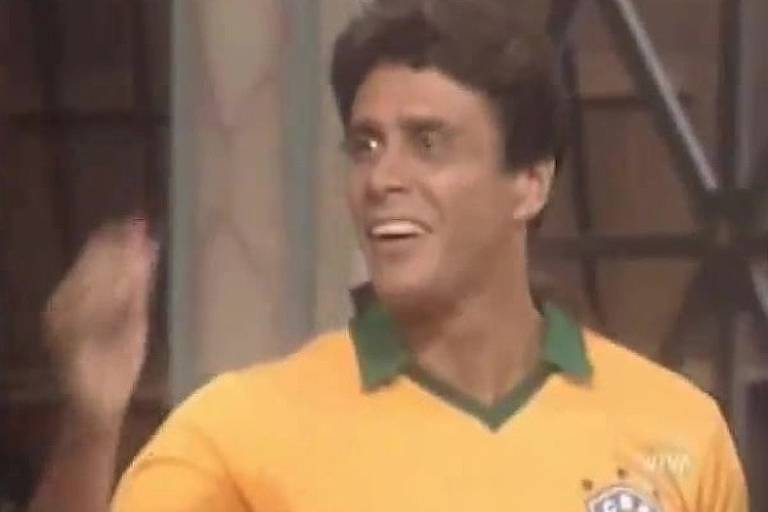 Roberto Dinamite, idol of Vasco, made a cameo in a soap opera and was the theme of a samba-enredo

Roberto Dinamite, the greatest idol in the history of Vasco, who died this Sunday (8) from cancer, participated in the soap opera “Que Rei Sou Eu”, from 1989, on TV Globo.

Wearing the shirt of the Brazilian national team, with which he competed in the 1978 and 1982 World Cups, he played opposite actor Luis Gustavo, who played Charles Miller, the introducer of football in Brazil. The character had been sent by the Queen of England to sell the sport to the kingdom of Avilan. Dynamite, on the other hand, was Bobby, who tried to teach the nobility to play ball.

“It wasn’t my thing, but I felt honored to receive the invitation from people from such an important area of ​​TV”, he said, in an interview with Portal Vasco Notícias. “My thing was to play football, score goals, and the TV was on from time to time. It was interesting, even funny. There was no speech, but it was cool, it was a satire on football.”

Dinamite had already appeared on screen in the comedy shows of Didi and Chico Anysio, having participated in a skit on “Os Trapalhões” in 1977, in which Renato Aragão’s character tried to take his wife on a honeymoon within the concentration camp. of team.

Also in 1989, the Vasco idol would also be honored in a samba-enredo, by the small association Boêmios de Inhaúma.

“Today the ball is rolling / The crowd raving / Dynamite exploding / And the nets swinging / […] Let’s all sing from the heart / With dynamite on the avenue there is an explosion”, says the lyrics, mentioning the beginning of Vasco’s anthem.