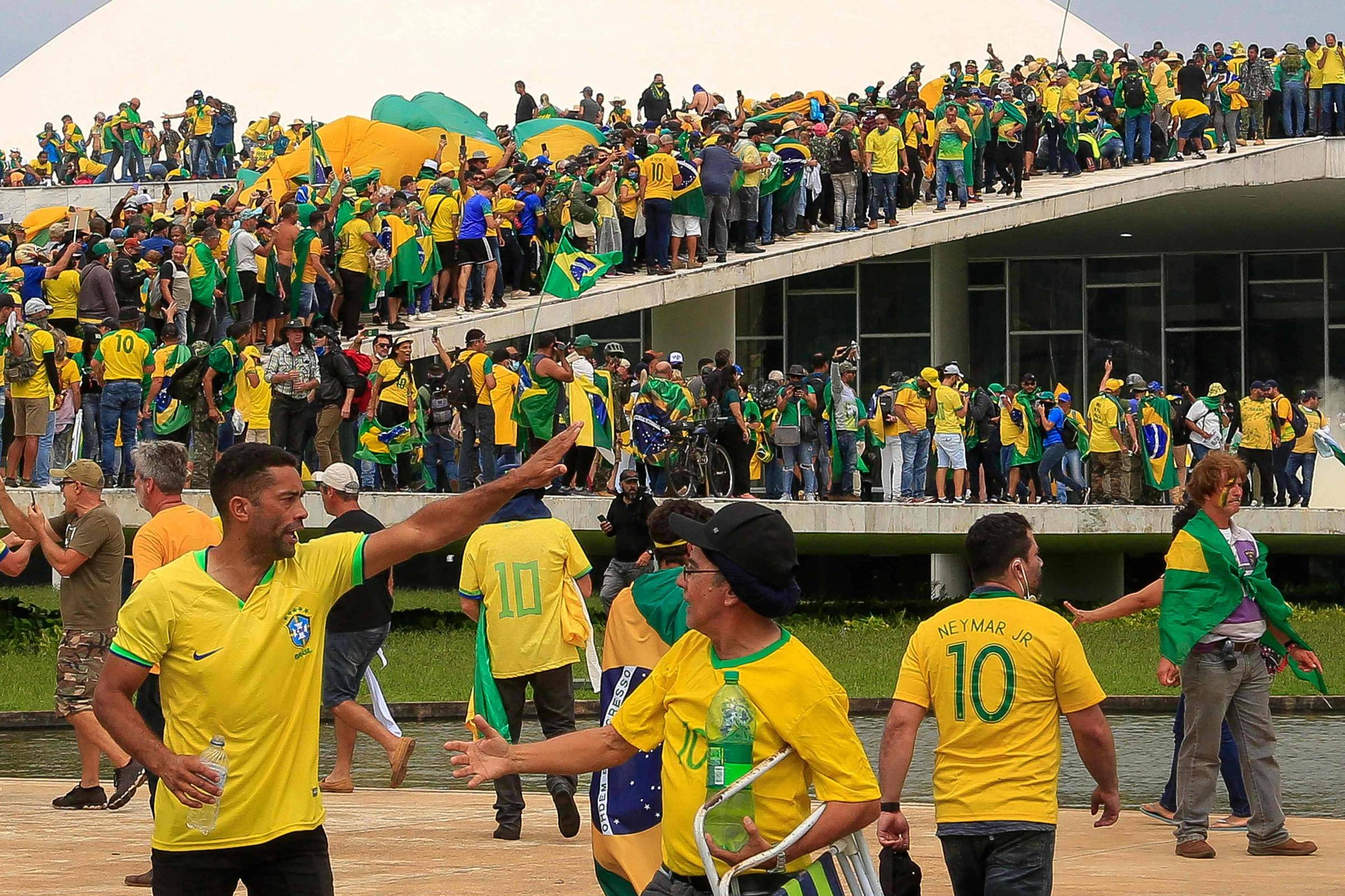 The CBF (Brazilian Football Confederation) released this Monday (9) a note to repudiate the use of the Brazilian national team shirt in “anti-democratic and vandalistic acts”, such as those seen on Sunday (8). In Brasília, extremists invaded and vandalized the Planalto Palace, the Congress and the STF (Federal Supreme Court).

Many of those who broke into the Three Powers headquarters were wearing the yellow-green team uniform.

“The CBF is a non-partisan and democratic entity. We encourage the shirt to be used to unite, not to separate, Brazilians”, wrote the confederation. “The entity vehemently repudiates that our shirt is used in anti-democratic acts and vandalism.”

The text also highlights that the shirt is a “symbol of the joy of our people”. “It’s to cheer, vibrate and love the country.”

Since the general elections in Brazil, in October last year, the CBF has worked to dissociate the yellow shirt from the political movements that have taken over the country in recent years, especially during the last electoral cycle. Supporters of the now ex-president Jair Bolsonaro (PL) adopted the selection’s uniform as a symbol.

On the eve of the World Cup in Qatar, the CBF released advertising campaigns to highlight that the selection’s uniform was a national symbol, not a specific group.

“The national team’s jersey belongs to all Brazilians, not this or that. It belongs to those who made the history of Brazilian football above all else”, stated the president of the confederation, Ednaldo Rodrigues.

Facebook
Twitter
Pinterest
WhatsApp
Previous article
ND’s response to SYRIZA: It resorts to mud and logic of a certificate of political ideas
Next article
Ukraine: Pro-Russian separatists claim to have captured village near Bakhmut