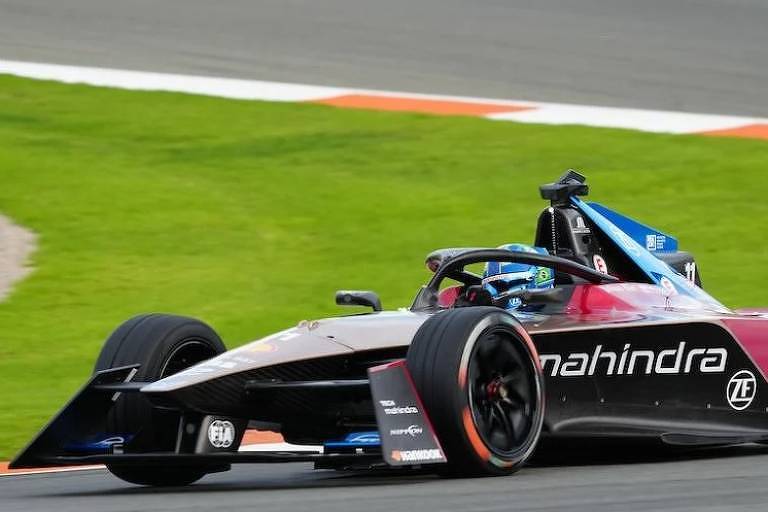 The sharp sound of the engines still refers to the classic slot machines. The chassis is lighter, with the promise of greater efficiency in power generation. And the top speed now reaches 320 km/h.

Formula E, the world category of electric single-seaters, opens this Saturday (14) its 2023 season, the ninth in the history of the championship, with a new generation of cars, changes in regulations and, in an unprecedented way, a race in Brazil.

The so-called Gen3, as the FE’s third generation models were baptized, will be put to the test at the Hermanos Rodríguez race track, in Mexico, stage of the inaugural stage, starting at 4:45 pm (Brasília time). The Bandsports channel broadcasts.

The chassis is slightly smaller, with a length of 5.016 meters — the Gen2 was 5.16. The cars are also 60 kg lighter, with a total weight of 840 kg (including driver). And now they have the ability to generate energy from braking.

The FIA ​​(International Automobile Federation) estimates that 40% of the energy to be used in racing will come from regenerative braking.

The Gen3 will no longer have hydraulic brakes. All braking will be done with the newly introduced front engine, which will work together with the rear engine, present in the previous generation. The two units, however, will maintain the traditional sound of the category, which is similar to that of the slot machines.

“When you step on the brake, the rear electric motor works as if it were an ABS, 100% of the rear braking is with the electric motor”, explains the Brazilian driver Lucas Di Grassi, present in the FE since the first season.

In an inevitable comparison with F1, the main category of world motorsport and with combustion cars and turbo-hybrid engine units, the speed is about 40 km/h lower — F1 cars can exceed 360 km/h.

According to the FE, the weight-to-power ratio of the electric motor is twice as efficient as that of an equivalent combustion engine.

In pre-season tests, however, the drivers had some problems with the reliability of the cars’ battery, as the models had less durability than expected by the teams. The equipment is provided by Williams Advanced Engineering.

“We have a car to fight for the title, but the preparation of the [equipe] Mahindra is below what I expected. We did fewer test days than most of the other teams”, recognizes Di Grassi citing his new team.

For the also Brazilian Sergio Sette Câmara, another who will debut in a team, the NIO 333, everyone must suffer with the changes.

“In many ways it’s a new championship, completely different car, different set-up, you have to learn everything from scratch, you always have to learn new tricks,” he says.

The new regulations provide for a change in the format of the races, which will no longer be closed by time, but by laps.

In addition, the category will visit new scenarios this year. On March 25th, São Paulo will host a race on a circuit set up at the Anhembi Sambadrome.

“This stage in Brazil was something we were trying to do since the first season”, says Di Grassi

The FE will also have premieres in Hylderabad (India), Cape Town (South Africa), and Portland (United States). There will be a total of 16 stages, the last one in London, on July 30th.

Tickets for FE in Brazil

Tickets for the São Paulo EPrix stage, as the Brazilian stage is called, can be purchased through the Eventim website: https://www.eventim.com.br/artist/formulae-sp/.

Ticket prices range from R$300 to R$350, with half price options. The age rating is 16 and all minors must be accompanied by an adult.