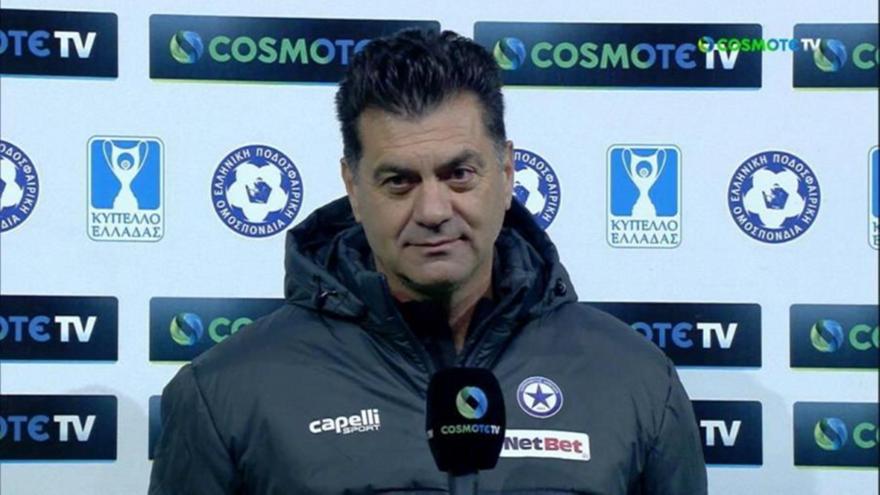 Her coach AEL will henceforth be the former assistant of George Paraschos, Panagiotis Goutsidis, as announced by the Thessalian PAE, replacing Ilias Fyntanis.

The experienced coach takes immediate duties and will lead the “purple” in the match against Xanthi on December 29.

1. Panagiotis Goutsidis will take over as the new coach of PAE AEL from today.

Panagiotis Goutsidis was for a number of years the direct collaborator of George Paraschos, when his collaboration with Atromitos Athens was interrupted, until a few days ago.

O. Panagiotis Goutsidis in the past and before taking over as an associate of Mr. George Paraschos was head of all infrastructure departments of PAE Xanthi, highlighting among others Petros Mandalos, Baxevanidis and together with the old coach of AEL Mr. Ouzounidis who owns the facilities highlighted for a number of years many well-known young football players in Komotini.

Goutsidis today at 3 o’clock in the afternoon will give an interview to AEL radio and to journalists Thanos Anastasiou and Christos Gatzoulis.

The official presentation of Mr. Panagiotis Goutsidis and the direct collaborator of Mr. Alexis Spyropoulos will take place on Monday, December 27, 2021 at 2:00 pm at the offices of PAE AEL by Mr. Alexis Kougias.

It goes without saying that the new AEL coaches will be on the AEL bench for the first time in the game against Xanthi on December 29, 2021 at the Alkazar Stadium.

PAE AEL wants to thank in the warmest way Mr. Elias Fintani, Michalis Ziogas and Costas Mantziokas for their contribution to the Association until today, but this change was necessary due to the failed results in the championship games and the change of AEL from a favorite to win the first place of the championship in an outsider.

2. In the following days, an extraordinary general assembly of PAE AEL will be appointed for the entry of new members in the Board. of the company.

3. Today money was deposited in the accounts of all professional football players of AEL and the obligations of AEL were paid until 30/11. The coaches of the U17 and U20 teams, the employees in the offices and in the training of the Trees were also paid.

The payment of the coaches and the members of the medical team will take place on Monday 27/12/2021.

All the money was deposited by Mr. Kougia, as has been done since 01/07/2021, since until today not a single euro has been deposited in the account of AEL either from the television or from the bet.