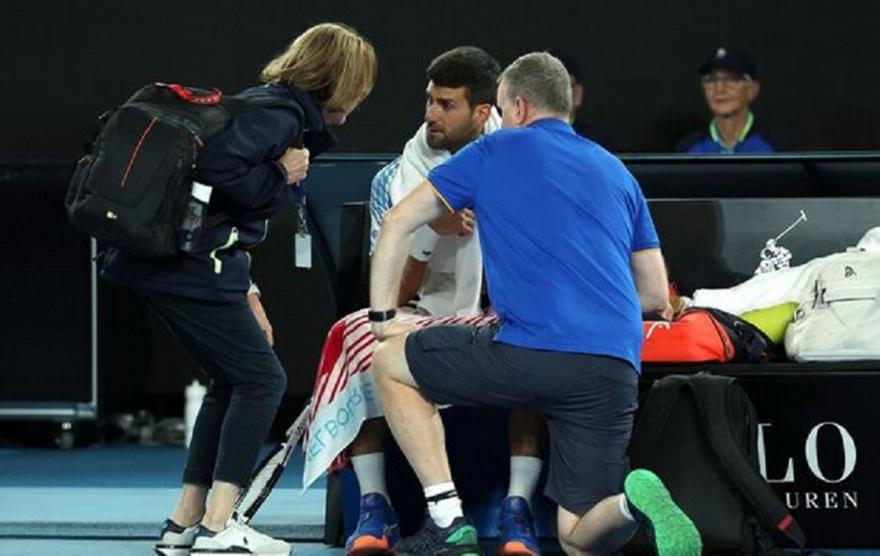 Djokovic on his injury: “To be honest, it’s not going well at all”

His health condition is being judged day by day Novak Djokovicas he clarified after his qualification to the “32” of the Australian Open.

The Serbian star emphasized that his condition is not good and that he hopes to improve in the future. We remind you that during the second set he asked medical time out.

“To be honest it’s not going well at all. I watch it day by day. I felt better in the previous match than today. That’s all I can say now. It’s up to God to help me and the physical therapists. We’re going day by day and hopefully I’ll be ready for the next tough games».

Regarding the difficult conditions he faced in the match with Cuaco, due to the injuries, but also the… drunken spectator, he said:It was all done today. I would have liked it to have ended in three sets, but kudos to Cuaco for playing some good tennis. There were some interesting conditions we faced, but it’s a grand slam, night games, it can be intense for the players. We have to accept it and get as much as we can».

Regarding how difficult it is to get winners in this year’s event, he commented: “The balls are slower than when I last played, I think some players complain. I’m not complaining, but commenting on it. The conditions do not help to try for winners, especially against such a good athlete as Enzo, who defends amazingly. I was facing whatever I was facing, the good start in the fourth set helped».

Novak Djokovic does not feel positive about his injury – which could derail his Australian Open title hopes??#AusOpen | @DjokerNole | @Babsschett pic.twitter.com/5t37H7nkJz

Facebook
Twitter
Pinterest
WhatsApp
Previous article
BBB 23: Bruna Griphao and Larissa win the first Proof of the Leader of the reality
Next article
The legendary American musician David Crosby died at the age of 81