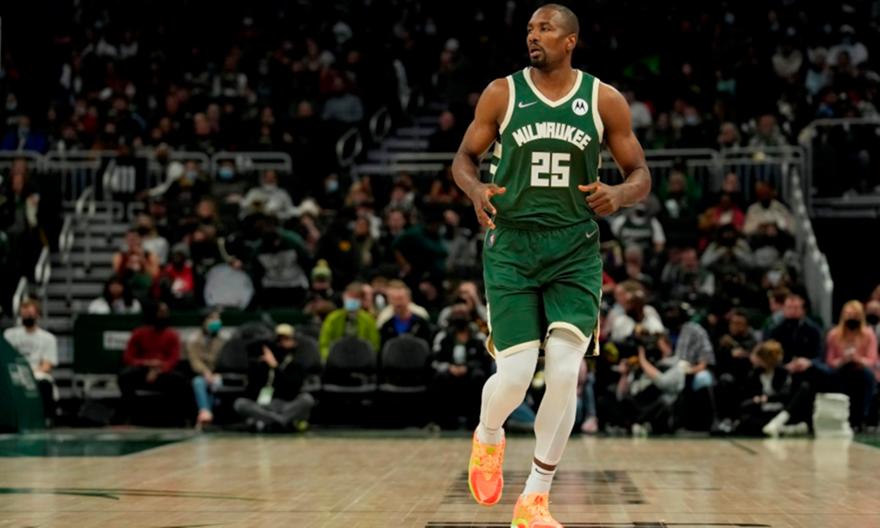 The Bucks are hammering Serge Ibaka

The Milwaukee Bucks for another season they look fit for the championship and always remain active in the market, keeping their eyes open for any interesting opportunity that arises.

By the February 9 trade deadline, his wish John Horst is to add to the team some missing elements, to give the team an extra push to achieve the big goal. In this light, the “Deer” decided, after consultation with the player, to “hammer” the Serge Ibakawhich will now be available for exchange.

The Congolese with a Spanish passport was acquired last year by the Milwaukee team in order to be a “key” player in their attempt to win the championship, but the truth is that he did not help, being out of the team for most of the year.

This season, the Serge Ibaka he has played just sixteen (16) times, averaging 4.1 points and 2.8 rebounds, and it is clear that he is not satisfied with his performance.

The Milwaukee Bucks and center Serge Ibaka have mutually agreed to find the 14-year NBA veteran a new home via trade as he remains away from the team, sources say @TheAthletic @Stadium.

Facebook
Twitter
Pinterest
WhatsApp
Previous article
Tebet chooses economist Luciana Servo to be president of Ipea
Next article
ChatGPT imitates Chico Buarque, but explains poorly how it works; know how to use it