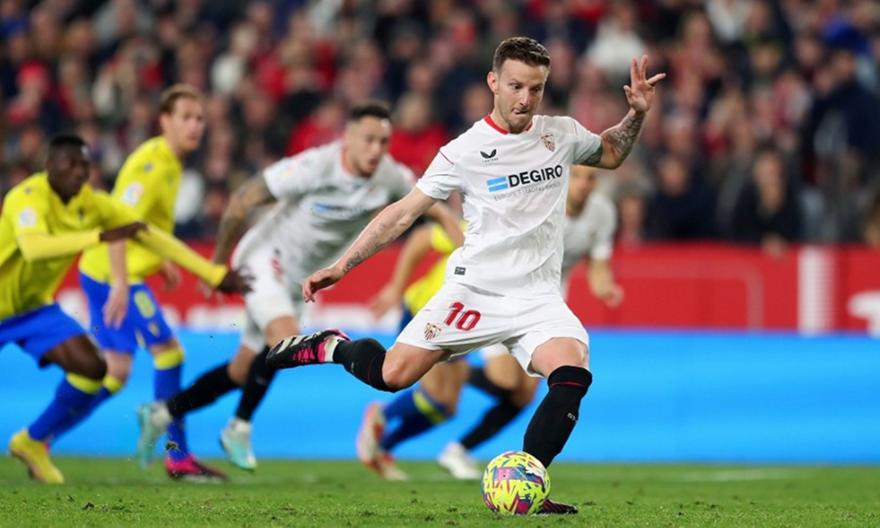 Victory-balm celebrated against Cádiz h Sevillewho despite coming very close to another gela, finally managed to take the win with 1-0thanks to a accurate penalty kick by Rakitic in 89′!

Thus, the Andalusians escaped from the penultimate position of La Liga and the relegation zone, rising to 14th place in the table.

Dominant throughout the match, Sevilla entered from the first minutes with aggressive moods, but did not manage to “unlock” the multifaceted defense of their opponent. In the 30th Lamella went toe-to-toe with Ledesma, but failed to beat him for 1-0, while neither Oliver Torres managed to score in the 35th minute.

In the 45’+2′ Torres sent the ball into the net, but his goal was disallowed through VAR’s recommendation for offside at the start of the phase, while in the 51′ Rakitic forced him Drainage in an impressive operation. In the 59th minute, Sevilla coach Jorge Sampaoli was sent off for protesting loudly at the referee.

Finally, the phase that decided the winner came in the 89th minute, when the fateful for the guests, Alejo took a penalty and was sent off after seeing a second yellow card in the space of five minutes (83′, 88′), before Rakitic hit from the spot, giving his side their fourth win in this year’s Spanish league, lifting them out of the relegation zone.

The 18th matchday in detail:

The schedule for the next (19th) matchday:

Facebook
Twitter
Pinterest
WhatsApp
Previous article
Torino… did it after 46 years and is pushing for Europe!
Next article
Ramon: “Rodney had taken me to tell me about Olympiakos, I told him ‘when should I come?'”