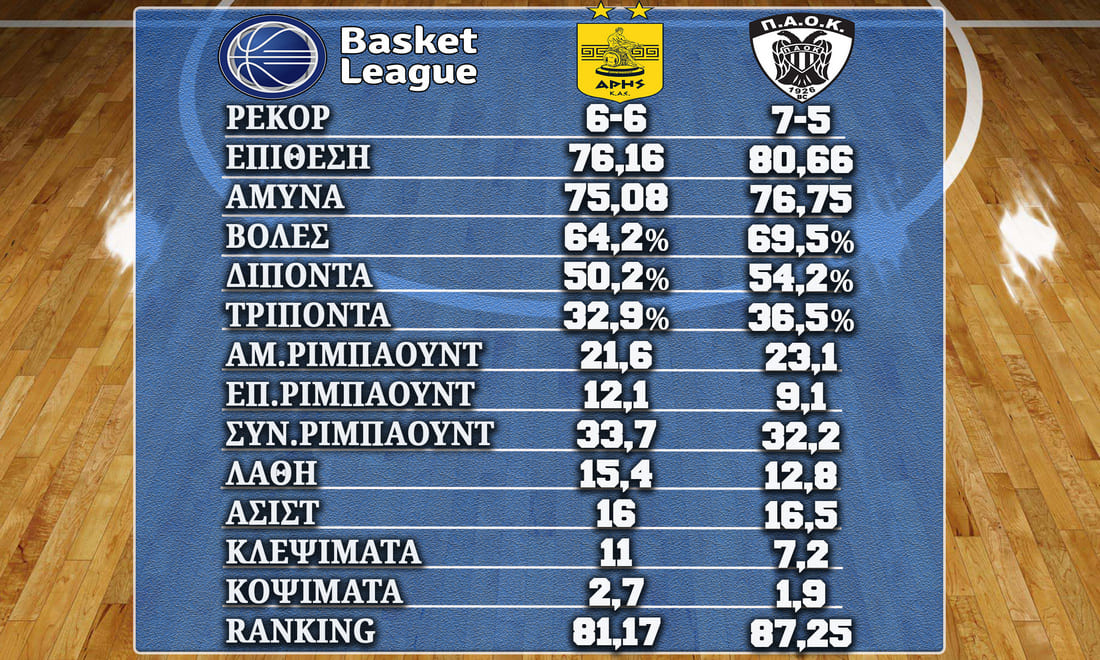 Aris-PAOK: Derby from the old days

All eyes in Thessaloniki (and beyond) are gathered by the city’s big derby between Mars and PAOK (15:45, ERT3, sport-fm.gr) for the 13th matchday of the Basket League. Both teams want to continue their remarkable run in the league.

The hosts, who will play in a packed Nick Galis Hall, are at 6-6, while the visitors are at 7-5. His team Yannis Kastritis looking to get revenge for the heavy 88-66 loss in the first round. Extremely doubtful is the Vassilis Kavvadas, who picked up a gastrocnemius injury problem during yesterday’s final practice. On the contrary, the Aris Lykogiannis after being banned by Ritas in Vilnius for the Basketball Champions League he expects to see his condition Jaylen Riley. The American is suffering from knee problems, he is expected to be on the mission but it will be seen shortly before the game how much he can help.

Aris comes from three consecutive defeats (against Kolossos at home, Promethea and Panathinaikos away) during which they dropped to 6-6 and eighth place. As a home team, they have four wins in six matches, having only been beaten by Olympiakos and Kolossos. PAOK mateco comes from the home defeat against Peristeri, away from their stadium they have three wins in six matches and have already reached last year’s performance (3-9).

The two teams have put together quite a long streak of very “close” games at Nick Galis Hall. The seven previous and 11 of the last 12 games played with Aris as home team were decided by differences of up to six points! An exception to this rule created from the 2013-14 season was the matchup of the 2015-16 season when Aris prevailed 84-72.

In summary, the numbers of the Thessaloniki derby…

Facebook
Twitter
Pinterest
WhatsApp
Previous article
Tourism for all: On January 30 the 3rd draw of the program – What the winners should know
Next article
It remains as it is, but there may be an upheaval in the Olympiakos transfer market