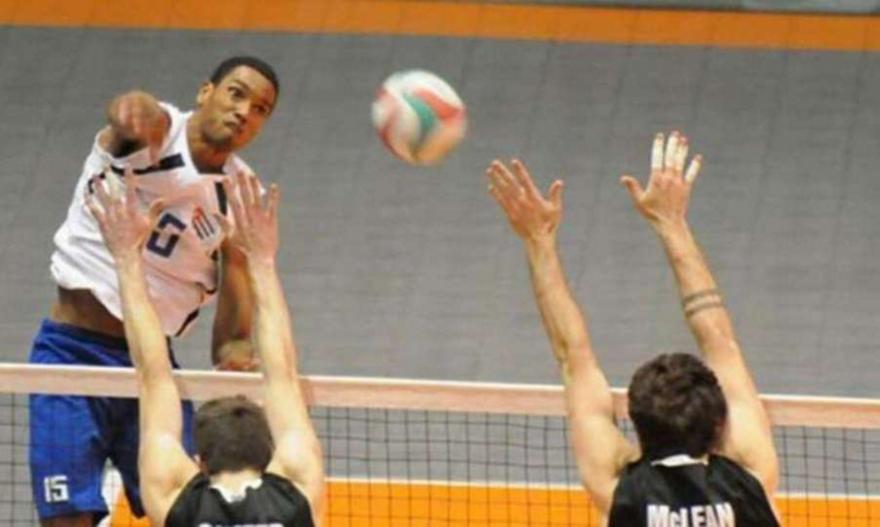 Miranda was announced by Athlos Orestiada

Dariel Miranda will compete in Athlos Orestiada for the rest of this season. The newcomer to the Men’s Volleyball League announced the acquisition of the 31-year-old international Cuban diagonal until the end of this season.

“The administration of TAA Athlos Orestiada is pleased to announce the start of its cooperation with the Cuban international Dariel Albo Miranda (Dariel Albo Miranda). The 31-year-old diagonal, known to Greek fans after his appearances in PAOK and Ari, will strengthen our team until the end of the season in the effort to achieve this year’s goals.

Dariel Albo Miranda, as his full name is, was born on January 17, 1992 and is 2.04m tall. In the past, he has competed in Cuba, Lebanon, Argentina, Cyprus, Greece, the United Arab Emirates and Egypt, while, in addition to his rich record, he has international performances from the biggest competitions of the sport.

He started volleyball at the age of 12, initially as a center, and continued his career competing in his hometown of La Habana, where he was crowned champion, top striker and top scorer in 2015-2016.

In the 2017-18 season, he played in Argentina for Utter Volley and in 2018 he ‘moved’ to Lebanon and Zahra. His team finished fourth in the league, with Albo standing out as the league’s second-ranked server and top attacker.

In 2019-20, he played with Pafiakos in Cyprus, where he was a finalist in the Super Cup and later with PAOK, with whom he took third place in Volleyleague and League Cup N. Saddler’. The following season he played with our Libyan centre-back, Mohammed Alghoul, at the Egyptian Smouha Club, with whom he emerged as the league’s second leading striker.

In 2021-2022, after participating in Hatta Club Dubai of the United Arab Emirates, he returned to the Greek stadiums, where he competed in the Prealeague with the colors of Aris Thessaloniki.

Albo was an international for the Cuban national team for a number of years, having celebrated top successes and titles, as well as important individual honors. Specifically, he has won a gold medal at the 2010 Singapore Youth Olympic Games, the 2016 Pan American Cup in Mexico, the Central American Championship and the silver medal at the 2011 Pan American Championship, while he competed with the national team in the FIVB World League from 2010-2016. winning third place in 2012.

In the attack, Albo “nails” his opponents from 3.60m centimeters, while he blocks at 3.48m. He is married and lives in Thessaloniki.

In his first statements, as an athlete of Athlos Orestiada, Dariel Albo thanked the administration for the trust in him, expressed his satisfaction to be back in the ‘living rooms’ of Greek volleyball and emphasized the following: “I want to help the Athlos team to go as high as possible in the rating. I am happy to return to the Volleyleague and I really want as a player of Orestiada to play in front of this awesome audience, to show my worth and hopefully, if everything goes well in the future, we will continue together next season.”

The administration of our club welcomes Dariel to the family of Athlos Orestiada and wishes him health, strength and good success with our team.”