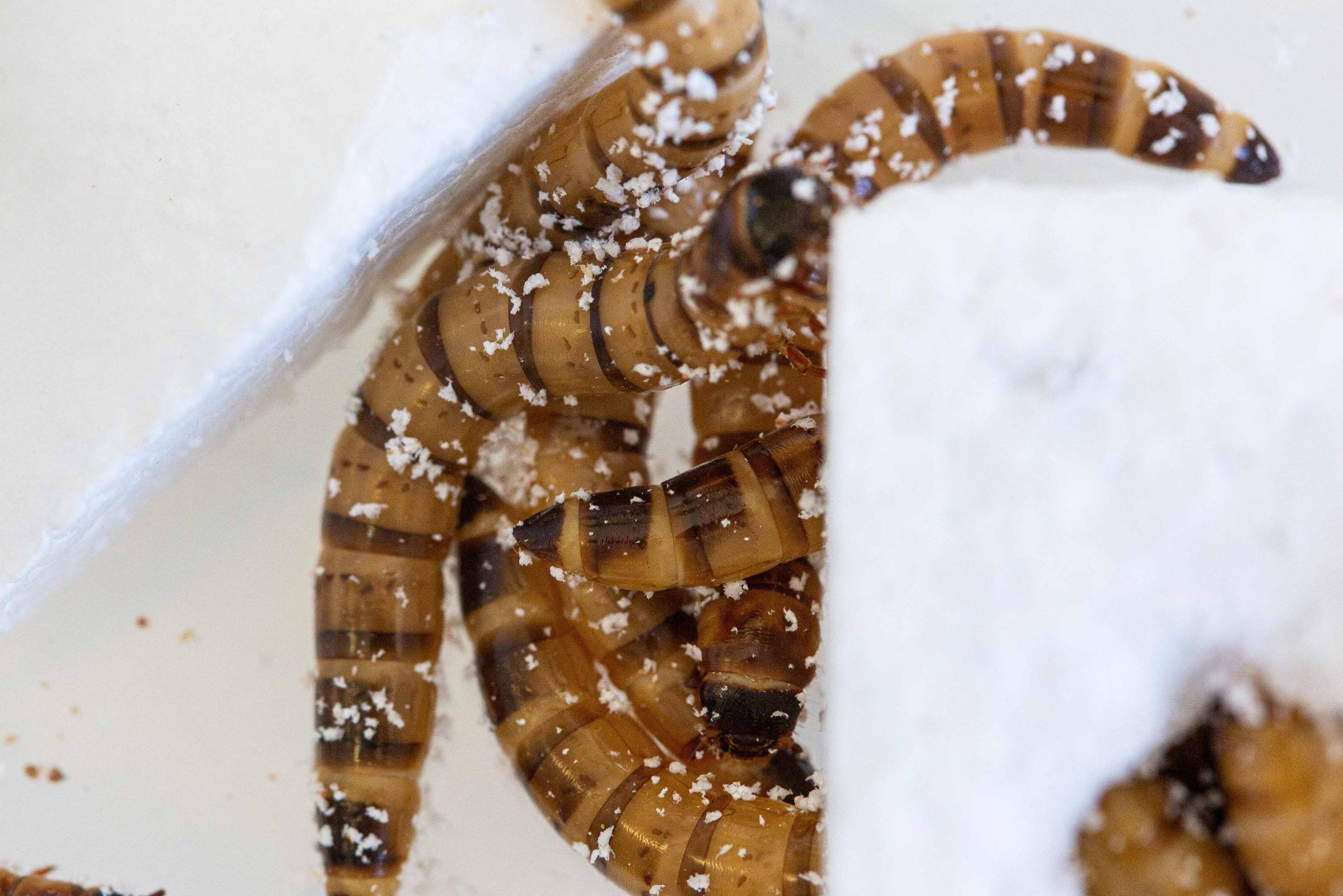 Superlarvae could be key to plastic recycling

Packaging material, disposable cutlery, CD cases: Polystyrene is one of the most common forms of plastic, but recycling is not easy and the vast majority ends up in garbage dumps, or ends up in the oceans where it threatens marine life.

Scientists at the University of Queensland in Australia have discovered that giant tenebrium superlarvae (zophobas morio), a species of beetle, feed on this substance, and their intestinal enzymes could be the key to higher recycling rates.

Chris Rinke, who led a study published Thursday in the journal Microbial Genomics, told AFP that previous research had shown that wax moth larvae and mealworms (another species of beetle) had good credentials for ingesting plastic.

“So we hypothesized that superlarvae, which are much larger, can digest even more,” he explained.

Giant mealworm larvae reach five centimeters and are raised as food for reptiles and birds, and even for human consumption in countries such as Mexico and Thailand.

Rinke and his team fed the superlarvae different diets over a three-week period: some were given polystyrene foam, commonly known as styrofoam, others were given bran, and some were not given anything.

“We confirm that superlarvae can survive on a unique polystyrene diet and even gain a small amount of weight compared to the starvation control group. [os exemplares que não receberam nenhum alimento]which suggests that the larvae can obtain energy by eating polystyrene,” said Rinke.

Although the polystyrene-raised superlarvae completed their life cycle, turning into pupae and then into fully developed adult beetles, tests revealed a loss of microbial diversity in their intestines and potential pathogens.

These findings suggest that while insects can survive on polystyrene, this is not a nutritious diet and affects their health.

The team then used a technique called metagenomics to analyze the gut microbial community and find which enzymes encoded by genes participated in the degradation of plastic.

One way to utilize these findings would be to give the superlarvae food scraps or agricultural by-products to consume along with the polystyrene.

“This could be a way to improve the health of the larvae and to deal with the large amount of food waste in western countries,” said Rinke.

However, although it is possible to create more larvae for this purpose, the scientist suggests another way: creating recycling plants that imitate what the larvae do, which is to first crush the plastic and then digest it through bacterial enzymes.

“Ultimately, we want to take superlarvae out of the equation,” he said.

Rinke now plans more research aimed at identifying the most efficient enzymes and then improving them further through enzyme engineering.

The decomposition products of this reaction could then be used to feed other microorganisms to create high-value compounds such as bioplastics. Rinke hopes this will become economically viable upcycling.

“Upcycling” is the process of reusing what is discarded to generate something of greater value, unlike recycling, which involves destroying waste to create something new.

Facebook
Twitter
Pinterest
WhatsApp
Previous article
Thessaloniki: The 32-year-old “gunman” was remanded in custody – What he said to the investigator
Next article
Free distribution of cannabis plants in Thailand after legalization of its cultivation