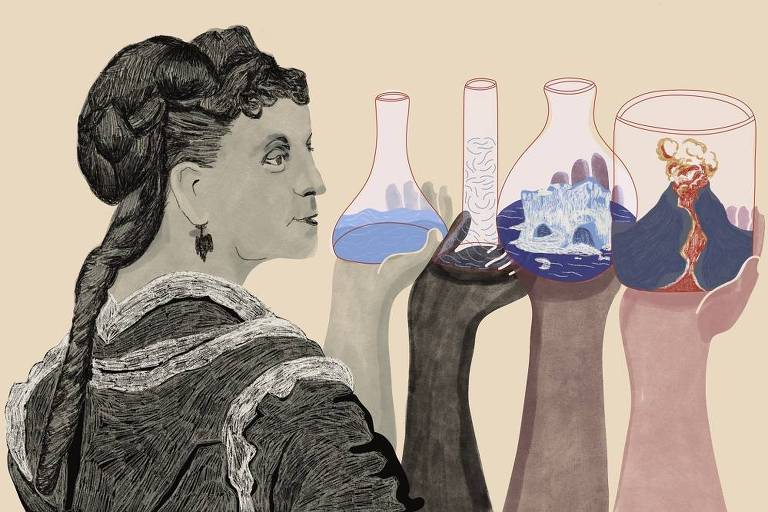 Fundamental Science: How do we know the world is warming?

In the mid-1950s, a US chemist, Charles Keeling, convinced several science funders in his country of the importance of having an accurate measurement of the concentration of CO² in the atmosphere. But this was not an easy or cheap task, and it was necessary to seek isolated places to avoid sources of contamination. In Antarctica, Keeling collected data that seemed to confirm the annual increase in the amount of this greenhouse gas. As financial resources were not plentiful at the time, the investigation was not completed thanks to the National Science Foundation’s budget (fattened by fears of the Cold War), which allowed Keeling to continue his research on Muana Loa, an extinct volcano in Hawaii.

The regimented data began to tell an extraordinary story. The concentration of CO² in the atmosphere grew year after year, and soon the so-called ascending Keeling curve was cited around the world and ended up becoming one of the symbols of the movement for climate preservation. Whoever types in the Twitter profile that it was born at 316 ppm (parts per million), for example, which is my case, will be referring to Keeling’s data and the year 1958. Today the measurements at Muana Loa are in charge of the geochemist Ralph Keeling, son of pioneer (died 2005). Historical and current data can be viewed at keelingcurve.ucsd.edu.

When Charles Keeling began to measure CO² in the atmosphere, it was known, or at least imagined, that the level of this gas was rising, although there was still no empirical evidence. In the 19th century, the Swedish scientist Svante Arrhenius had already calculated the theoretical impact of an increase in CO² in the atmosphere. Spencer R. Weart, author of the excellent The Discovery of Global Warming, says that at that time a few scientists were beginning to understand that the climate had changed throughout history and were looking for explanations for the existence of the ice age, for example. Arrhenius estimated that a halving of the CO² level in the atmosphere could cool the planet’s average temperature by five or six degrees centigrade. After months of calculations by hand, he concluded that doubling the level of CO²—either by burning coal that had already begun industrially, or by a hypothetical series of volcanic eruptions—could raise the temperature in equal measure. It is said that the initiative to carry out such laborious calculations was an attempt to forget their separation – his wife had abandoned him and had taken the couple’s only child with her, causing the scientist immense sadness.

In any case, global warming caused by burning coal was not among Arrhenius’s concerns. It was very cold in Sweden at the time and, like everyone at the time, the scientist assumed that any technological advance would be beneficial to humanity.

The person who used to take credit for discovering the greenhouse effect, a key piece in all of climate science, was John Tyndell. Starting in 1859, this Irish physicist published a series of studies that showed how certain gases, including CO², capture heat in the atmosphere: “Just as a dam on a river causes a deeper accumulation of water, so does our atmosphere, thrown like a dam in front of the earthly rays [infravermelhos]produces an increase in temperature on the Earth’s surface”.

Recently, it was discovered that Tyndall was not the precursor. a copy of The American Journal of Science and Arts brings Eunice Foote’s presentation to a conference in 1856. (Detail: as a woman, she had her work exhibited by her husband.) The scientist describes an experiment she carried out, filling three glass cups – one with steam, the other with steam. CO² and another with air – and comparing how they behave in the sun. “The biggest impact of the sun’s rays was recorded on carbonic acid (CO²) […]which warmed up significantly more than the others and took much longer to cool down.” This same experiment is still used today in the classroom to demonstrate the greenhouse effect. Foote’s pioneering experiment was rescued by climatologist Kathrine Heyoe as an example of the challenges faced by women scientists.

The history of climate science, populated by great adventurers and ingenious scientists, includes expeditions to the coldest reaches of the planet with equipment that, taking ice samples from hundreds of meters below the surface, make it possible to measure climate changes over millions of years. Little of this was told to the lay public, there is an endless amount of historical and journalistic topics to be explored.

Currently, the climate is monitored by numerous satellites and thousands of thermometers around the world. Scientists hope to be able to refine their climate and even weather forecasts for specific regions, cities and agricultural crops. There’s a lot at stake. In the United States, for example, fluctuations in weather are responsible for differences in GDP of the order of 1.3 trillion dollars per year. In 2018, in the United States alone, climate impacts accounted for losses of 80 billion dollars; if you consider the entire planet, you are already talking about trillions of dollars.

In the 1990s, when a consensus began to form among scientists and environmentalists about the need to combat global warming, the solutions proposed were, in general, technical. Since then, it has become clear that we need to stop burning coal, gasoline and fossil gas, and also reduce the climate footprint of livestock. After three decades, there are many viable and economical technological solutions. The biggest obstacle is actually political: scientific denialism takes a huge toll.

Matthew Shirts is the author of the book “Climate Emergency: Global Warming, Youth Activism and the Struggle for a Better World”, claraenigma, 2022. He is co-founder of the @fervuranoclima platform and editor at the World Observatory of Human Affairs.

Subscribe to the Instituto Serrapilheira newsletter to keep up with more news from the institute and from the Ciência Fundamental blog.