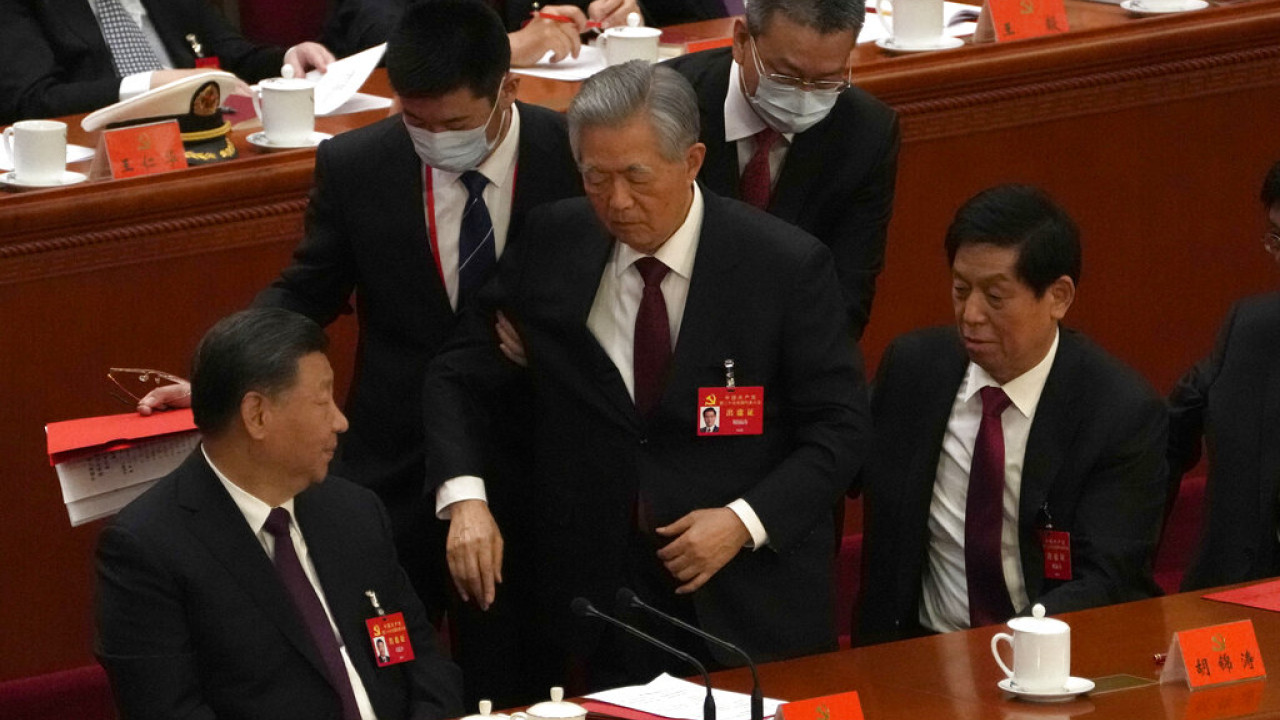 An unprecedented incident in China: Former president Hu Jintao was thrown out of the CCP conference! Video

The incident is unprecedented, even by its standards Chinaof being removed from the Chinese Communist Party conference hall Hu Zidao, former president of the country!

Hu, 79, initially appeared reluctant to leave the front row of politburo standing committee members in Beijing’s Great Hall of the People, where he sat next to President Xi Jinping. However, they forcibly took him by the arm! The former president of China is seen saying something to Premier Li Keqiang and the current president of China who is ignoring him.

No official explanation was given for the reason of the bad bad removal of the former president of China.

Hu Jintao is not considered a supporter of the current party leader. He was reportedly opposed in the overconcentration of powers by Xi, and was removed from his position shortly before a vote on the constitutional amendment, which will further entrench Xi Jinping’s guiding principles and leadership.

Xi Jinping’s predecessor Hu Jintao was pulled out of the CCP summit on live TV.

Reminds us of what Democrats in US do to Donald Trump everyday. How is one a dictatorship and the other a democracy?

Former Chinese leader Hu Jintao mysteriously escorted out of the Great Hall of the People ahead of an expected speech by President Xi at the end of the CCP’s Party Congress pic.twitter.com/3sCvdMIfhb

#China: Former President & General Secretary of China, Hu #JintaoXi #Jinping‘s predecessor, has been physically removed from the Communist Party Congress and has since disappeared. pic.twitter.com/yWHASApF9n