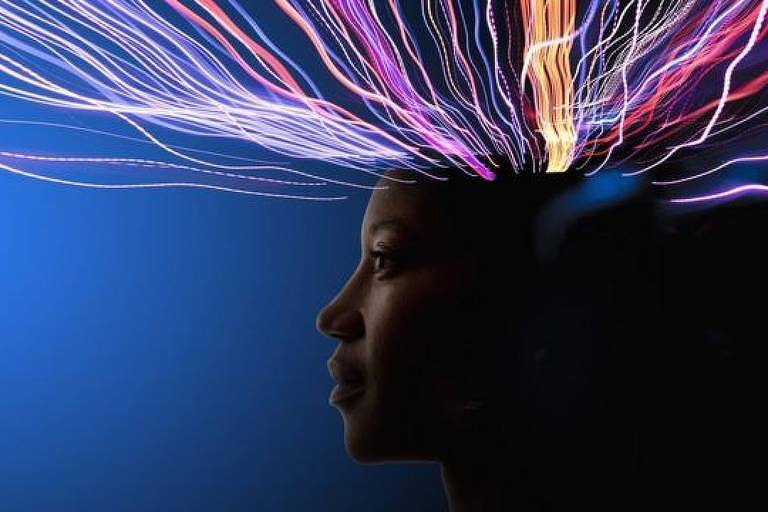 Why This Text Can Change Your Brain – Neuroscience Discoveries About Reading

The title of this text may sound pretentious, but it reaffirms a scientific fact: reading changes the chemistry, physics, functioning and anatomy of our brain.

The question is how much the act of reading can transform you. For the Spanish neurobiologist Francisco Mora, this depends on the text being able to arouse our curiosity and, above all, our emotions.

“You can only learn what you love,” Mora said in her book “Neuroeducación”, published 8 years ago. This essay on how brain science can improve teaching and learning has sold more than 48,000 copies and has just reached its third edition.

Last year, the author, who is also a university professor, published “Neuroeducación y lectura” (Neuroeducation and reading), seeking to go deeper into what he considers “the real great human revolution”: the ability to read.

Before his talk at the Hay Festival Arequipa event in Peru, Mora spoke with BBC News Mundo (BBC Spanish service) about the brain, education and reading. We summarize the conversation here in four main points.

1. Reading is an artificial and recent process

“We gained the ability to speak through genetic mutation processes with the The handy man 2 to 3 million years ago,” says Mora.

Since then, we’ve been born with neural circuits of language—although it’s important to remember that we only learn to speak through contact with others.

“It can be said that we are born with a brain disk on which we can record, but that it will be empty if nothing is recorded on it,” wrote Mora in “Neuroeducación y lectura”.

Reading was born about 6,000 years ago with the need to communicate beyond the tribes and villages, where the short range of word of mouth prevailed.

Furthermore, its basis is not genetic but artificial—or rather, cultural.

“Reading is a process that, because it is not genetically encoded (and therefore not transmitted from parent to child), is repeated hard in every human being and requires hard work of learning and memory” that takes years, if not life whole, explains in the book.

But “hard” does not mean “suffering”, says Mora, who at the age of 4 began to be subjected to the “punishment of reading at school” for his educators’ lack of knowledge about how the brain works.

2. Learning to read too soon doesn’t make someone smarter

Children are “real learning machines” from the womb, the researcher writes. In fact, “the human being needs to learn almost everything”.

Reading is one of the great milestones in child development, something that fills parents with pride… or concern.

“When a mother realizes that her 5-year-old child is still struggling to learn to read and that the 4-year-old neighbor across the street is already reading fluently, she may ask: is my child more maladjusted?”, says the author.

It turns out that neuroscience has shown that, in order to learn to read, certain parts of the brain must have matured first. This can happen as early as 3 years of age, but it usually takes hold when children are 6 or 7 years old.

For this reason, Mora advocates that reading be formally taught at age 7, “an age when, almost certainly, the basic brain areas for reading are sufficiently developed and mature in all children”.

“This is precisely the age at which you start to learn to read in a country as advanced in education as Finland is.”

This is one of the examples that the researcher most likes to use to explain the importance of neuroeducation, that is, an education based on the functioning of the brain.

In addition to the risk of causing suffering and frustration when putting a child to learn to read prematurely, this is ineffective in terms of future results.

In other words, this early start does not create an academic advantage or make anyone smarter.

On the other hand, there is something to be done to help the brain mature, which has a genetic but also a cultural component: growing up with parents who read brings “an emotional dimension that makes learning to read a lot easier”.

3. The internet is generating an attention problem

“Nobody doubts that the internet was a cultural revolution, creating a ‘digital age’ in which reading is not only done faster, but also in a different way”, writes Mora in “Neuroeducación y lectura”.

Several studies on the effects of the internet on the brains of children and adolescents have shown negative effects, ranging from reduced empathy to a weakened decision-making ability.

As the author explains in “Neuroeducation”, to read we need to temporarily inhibit “99% of everything we normally think about or enter our brain and pay attention to only 1% of it”. Also, reading takes time.

Surfing the internet, however, “requires a very short and constantly changing focus of attention”.

This, says the Spaniard, is undermining one of the many types of attention that exist: executive attention.

There are even those who speak of a new form of attention, digital.

Mora acknowledges that it makes no sense today to memorize a historical personality’s birthdate, when Google can answer it quickly and correctly — but that doesn’t mean that memory is no longer important in the classroom.

“You have to memorize, and a lot, because your memories are what you are,” he says. “Isn’t it good to remember some poem or excerpt from a book that will embellish your speech?”

“This is an important dimension of your individuality, of what makes you different.”

4. Reading changes the brain (and you)

Although the brain is not genetically designed to read, this organ has a fundamental property for this: plasticity.

The word comes from the Greek “plastikós”, which means “change” or “modelling”.

Learning to read mainly alters a part of the brain that also has the function of identifying shapes and detecting faces — in the same way, with reading, we begin to process and build words.

“What (the teacher) teaches has the ability to change children’s brains in their physics and chemistry, in their anatomy and physiology, increasing some synapses, eliminating others, forming neural circuits whose functions are expressed in behavior”, writes Mora in “Neuroeducación”.

But the transformations do not only happen at the physiological level: as the author says in his other book, “Neuroeducación y lectura”, “a person changes not only with what he experiences, but also with what he reads”.

“Reading is not a passive act of absorbing what is written in a certain document or book, but an active process, or even recreational (‘create again’), in relation to what is described there.”

As Italian philosopher Umberto Eco wrote, in a quote that Mora loves to remember: “Anyone who doesn’t read, at age 70 will have lived only one life. Anyone who reads, will have lived 5,000 years. Reading is a retroactive immortality.”

Facebook
Twitter
Pinterest
WhatsApp
Previous article
Thales Bretas on 6 months without Paulo Gustavo: ‘I couldn’t process the foul’
Next article
Symbol city of antivaccines in Italy today is the epicenter of Covid in the country