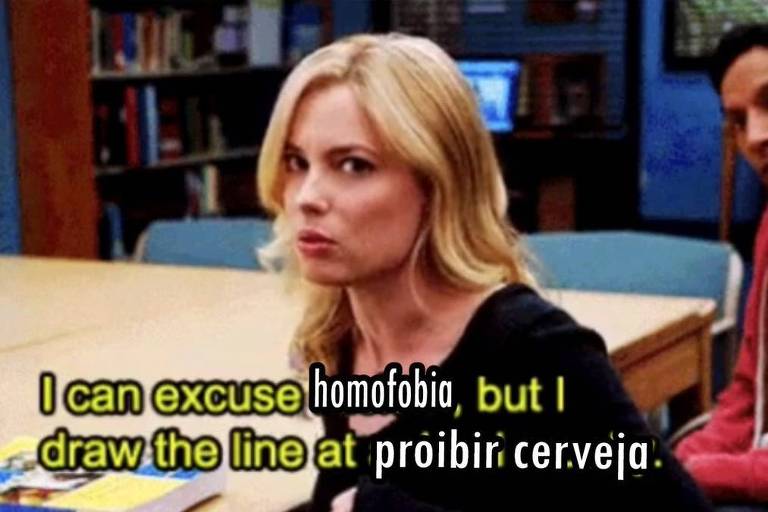 #Hashtag: No beer and no Twitter: memes link ban in Qatar with ‘sinking’ of the social network

The classic combination between football and beer, which takes on global dimensions at each World Cup, is threatened in the Qatar edition of the World Cup. The country announced, this Friday (18), two days before the start of the games, that the sale of alcoholic beverages in stadiums will not be allowed.

Even before the ban, the beer to accompany the matches was already a concern for those who went to Qatar to see the Cup up close. In addition to the difficulty in finding the drink, which led to the creation of a “beer map”, the prices are also exorbitant: the value can reach R$ 80.

Budweiser invested US$ 75 million (R$ 405 million) to sponsor the Cup, being one of the main sponsors of the event. On Twitter, after the ban rumor, the brewer posted “Well, this is awkward…” (“Well, embarrassing…”). The post has been deleted.

On the networks, as soon as it was announced, #CervejaGate already provokes lamentations and criticism, crossed by denunciations of human rights violations that mark the host country.

It is the first time that a country in the Middle East opens its doors to the competition, an important moment of integration between countries, when people from different parts of the world gather, in person and virtually, around football.

It was to be expected that it was not an ordinary Cup. The apprehension of how Qatar’s absolute monarchy, which obeys sharia law, would deal with foreign customs during the competition was already evident.

With Budweiser’s millionaire sponsorship, however, the ban on beer in stadiums took many by surprise. And others, not so much.

Aggravating factor: with Twitter threatened with extinction, after a succession of excesses and outrageous decisions made by billionaire Elon Musk, the expectation of Brazilians on the networks is on the ground floor.

See who will disappoint the twitterer the most in the coming days.