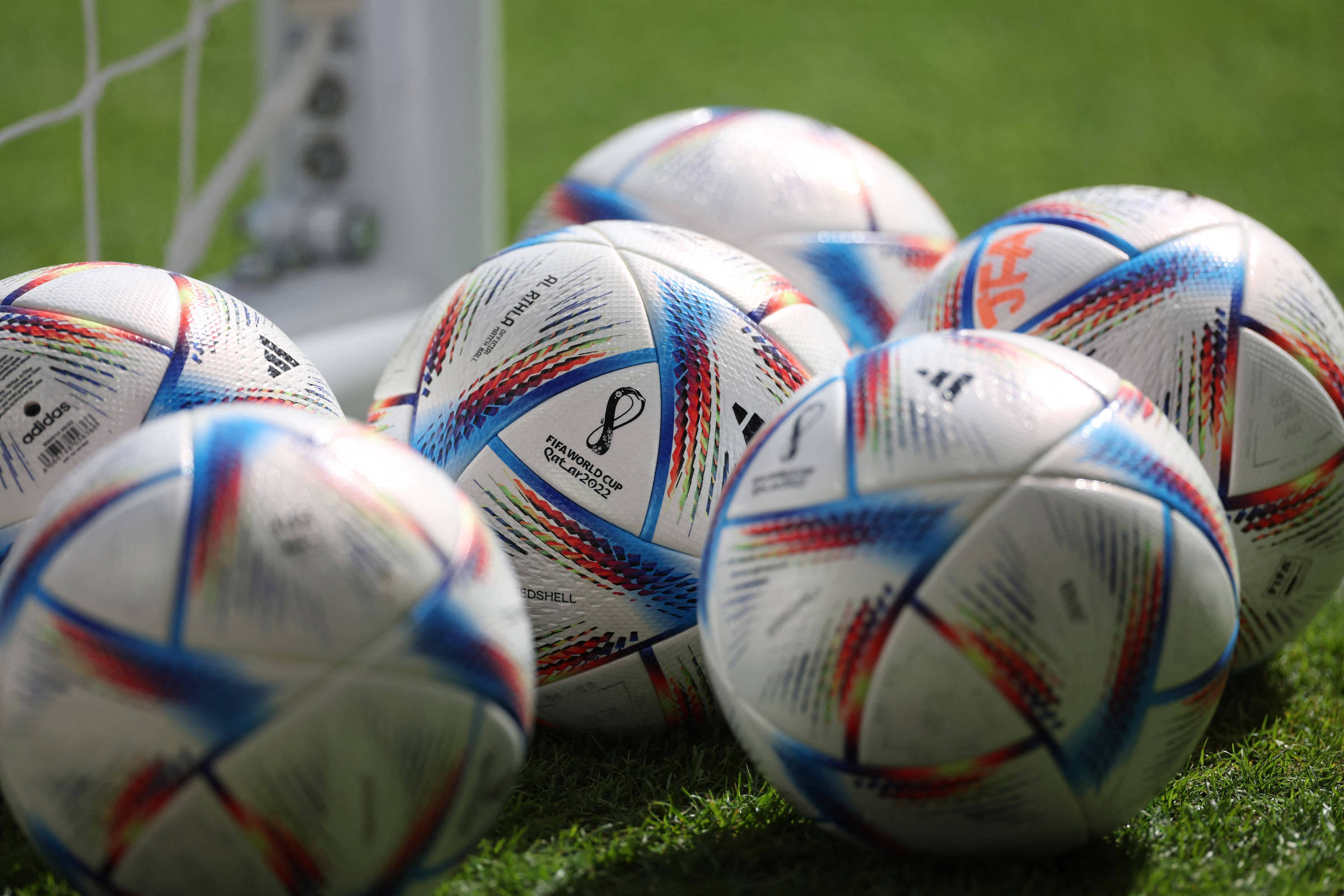 Marcelo Duarte wrote a beautiful column about the technological evolution of the World Cup ball. My interest in this story is on the mathematical side.

In the early days, soccer balls were made of leather, and the basic question was how to produce a round object from a material that is basically flat. The same problem occurs in other situations. In haute couture: how to use flat fabrics to elegantly cover the curves of the human body? In cartography: what is the best way to represent the terrestrial globe (round!) by means of flat maps? Important advances in mathematics resulted from the study of these practical matters.

In theory, the solution would be to manufacture the ball with a large number of small pieces of leather, forming a reasonably “round” polyhedron (geometric solid). There are many ways to do this, but they all have to obey Euler’s formula: F-A+V=2, where F is the number of faces (leather pieces), A is the number of edges (seams), and V is the number of vertices (where the seams meet). In practice, you have to find a balance, as it is difficult to sew a ball with many faces.

The balls used in the first World Cups had faces with irregular shapes. The 1970 Mexico Cup introduced a very elegant concept, which was used until 2002 and returned in 2010 and 2018: Telstar is shaped like a truncated icosahedron, with 32 faces, 20 hexagons and 12 pentagons (check Euler’s formula!) . Originally, the hexagons were painted white and the pentagons black, and I believe that for many of us this is still the paradigm of what a football is.

Advances in materials engineering have freed us from the limitations of leather, allowing us to experiment with other concepts. The Brazuca, the 2014 World Cup ball, holds the record for the smallest number of faces, only 6. In fact, as pointed out by mathematicians at the time, the Brazuca is really a cube (with round faces)!

Fifa laws stipulate that balls must be spherical, and indicate a practical means of checking sphericity: the diameter measured in 16 different directions must be practically the same (between 68 and 70 cm). What few people know is that this criterion is mathematically wrong: there are shapes whose diameters are equal in all (!) directions, but are very far from being spheres. What would Fifa do if teams entered the field with one of these “balls”?

Facebook
Twitter
Pinterest
WhatsApp
Previous article
Advance of Ariel for 48 hours: Which areas and when will be affected – Live the course of the bad weather
Next article
‘Soccer’s LeBron James’ puts USA in World Cup Round of 16