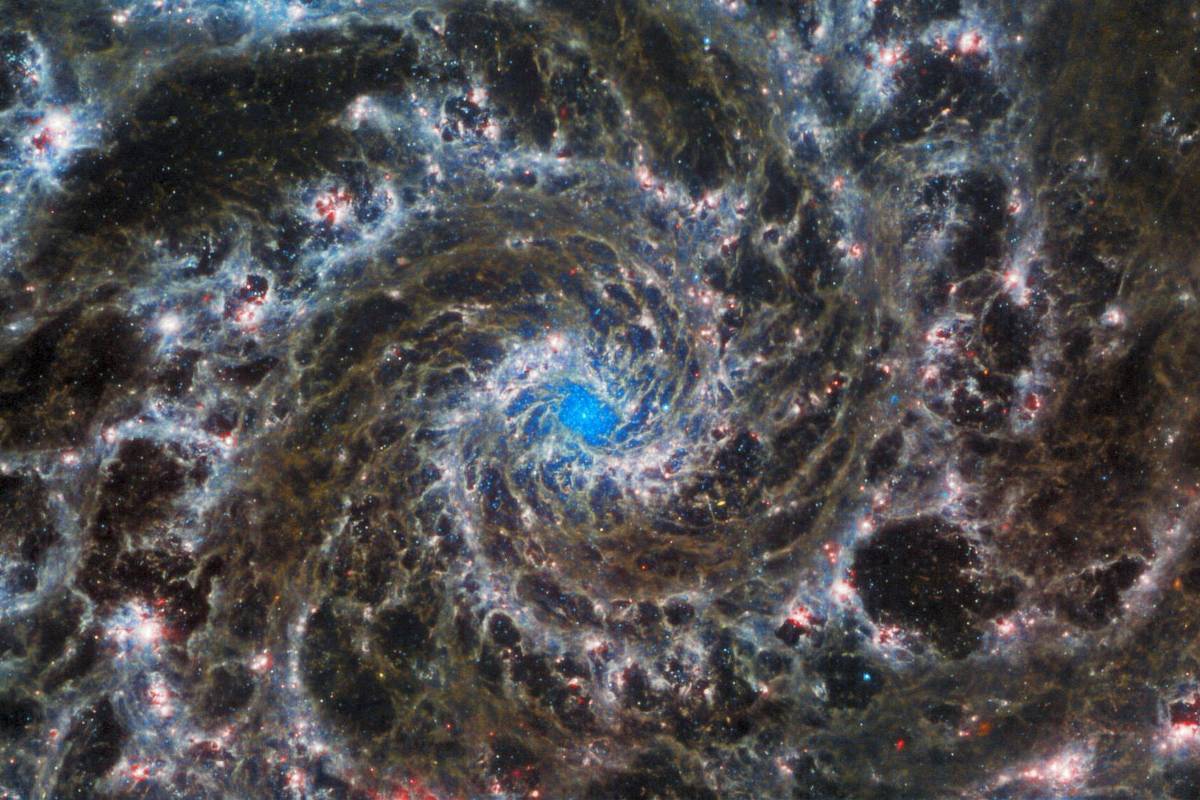 The James Webb Space Telescope, in orbit since the middle of the year to examine the limits of the universe and the atmosphere of distant planets, has provided exceptional images during 2022. Its work so far is just an outline of what it could do in the not-so-distant future .

The results from Webb, located 1.5 million kilometers from Earth, surpass in many respects those of the veteran Hubble telescope, which remains in operation, but without the same precision as the lenses of its young competitor.

Thanks to its successful launch, Webb is expected to operate for at least 20 years, instead of the 10 years initially envisaged.

“It’s behaving much better than we expected,” Massimo Stiavelli, the head of mission at the Space Telescope Science Institute, who is piloting the 6.5-ton spacecraft, told AFP.

“The instruments are more effective, the lenses more precise and stable,” he said. This stability is key to getting sharp images.

Images arriving from Webb are initially invisible to the human eye because it essentially operates in the infrared spectrum, unlike Hubble.

However, because of his spectacular coloration in the photographs, he managed to dazzle the fans.

With this frequency of infrared waves, James Webb can detect the faintest traces of light in the universe. That is, identifying the dawn of your birth without being affected by stellar nebulae, or analyzing with a spectrograph the atmosphere of exoplanets, planets outside the Solar System.

The launch of James Webb aboard an Ariane 5 rocket at the end of 2021 crowned an odyssey started by NASA more than 30 years ago.

After several failures, an investment of US$ 10 billion and the contribution of 10 thousand people, the telescope was perfectly placed in orbit, especially with the installation of a parasol the size of a tennis court.

Its main mirror, 6.5 meters in diameter, is made up of 18 petals that were gradually opened and calibrated until reaching unparalleled precision, with a margin of error of just one millionth of a meter.

On July 12, 2022, Webb sent five images that highlighted its capabilities: thousands of galaxies, some formed shortly after the Big Bang, up to 13.8 billion years ago.

A few months later, he photographed Jupiter in great detail, which will help to understand the inner workings of this huge gas planet.

Other color images that caused astonishment were the Pillars of Creation, huge structures of gas and dust filled with stars, in shades of blue, red and gray.

The images and data invite scientists to “revisit their models of star formation,” NASA explained.

Just five months after it went live, the telescope has given astronomers a glimpse of a galaxy that was formed 350 million years after the Big Bang.

“We have in the distant universe an ‘excess’ of galaxies, compared to theoretical models”, explained to AFP the scientific director of the Department of Astrophysics of the CEA (Commissariat for Atomic Energy and Alternative Energies) of France, David Elbaz.

What Hubble saw only as “irregularly shaped galaxies”, James Webb’s precision “transformed into magnificent galactic spirals” similar in shape to our own.

A kind of “universal pattern” that could help unravel the formation of stars.

With regard to exoplanets, the first confirmation of the presence of carbon dioxide in the atmosphere of Wasp 39-b was obtained, whose clouds could produce photochemical phenomena.

According to Massimo Stiavelli, these first observations indicate “big surprises” in the near future.