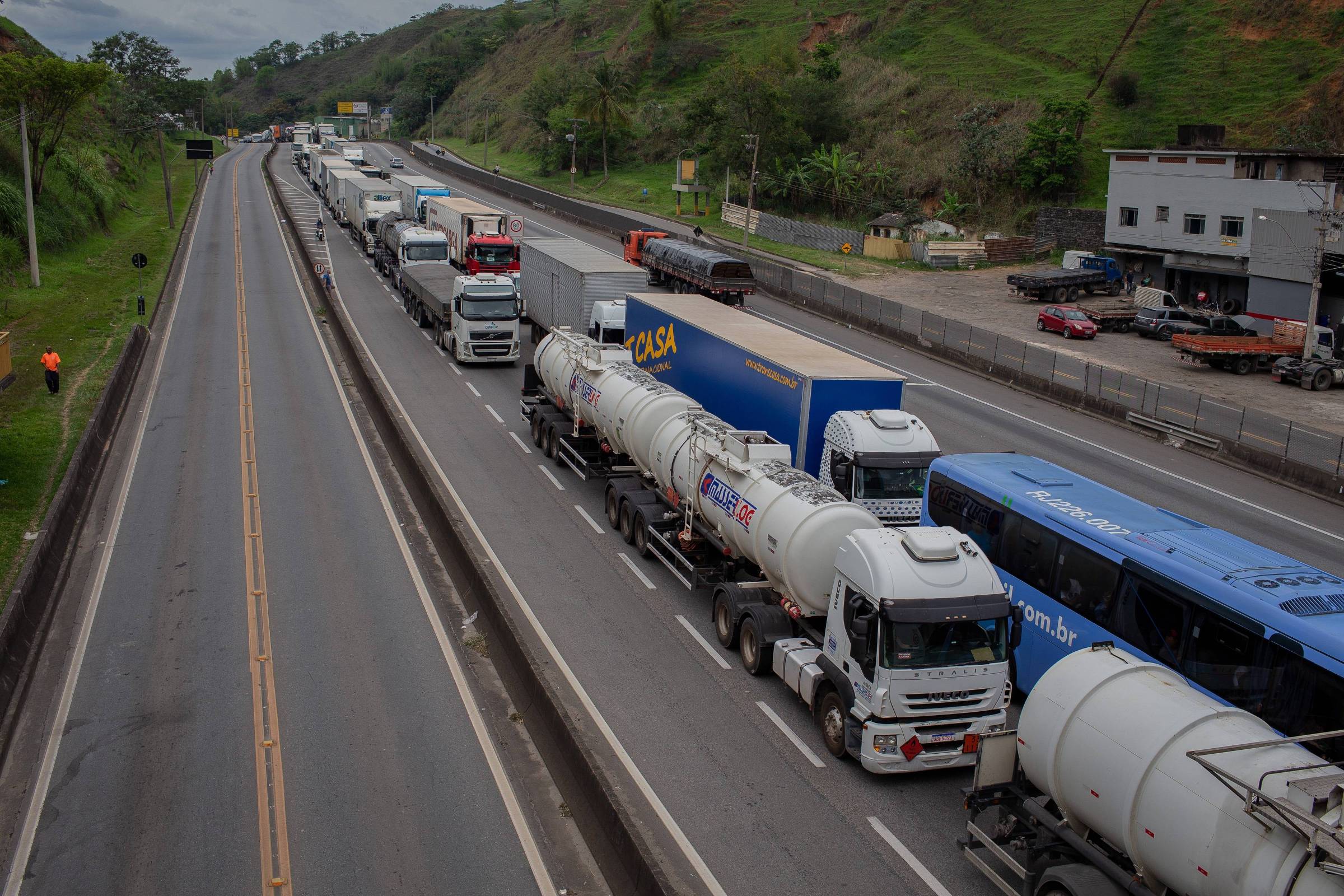 The truck drivers charged the elected vice president, Geraldo Alckmin, for defining the minister who will be responsible for negotiations with the category. In the list of claims are issues still unresolved and that led to the stoppage in 2018.

“We need to know who will be the minister, whether for Infrastructure, or the creation of Transport. As soon as the name is defined, we will sit down and negotiate”, said Wallace Landim, Chorão, one of the main leaders in the sector.

Among the complaints are the high prices of diesel, the freight rate, security against theft on the roads, and the low growth of the economy.

Landim told the column that he had spoken by phone with Alckmin. According to him, the head of the transition said that the elected government wants “pacification” and no “arm wrestling”.

“After the 2018 strike, things did not move forward. We need to move forward in the next government,” he said.

Among the topics on the category’s radar is the end of the PPI (import parity price), a pricing policy adopted by Petrobras linked to international oil values ​​—and which, ultimately, makes diesel fuel that powers trucks more expensive.

At the time of the strike, fuel cost an average of R$ 3.76, according to data from the ANP (National Petroleum Agency). Last week, it was R$6.55.

Chorão also asks for the analysis of the regulatory framework for cargo transport, parked in the Senate since 2018, and more policies for the safety and protection of workers on the roads.

According to him, Bolsonaro was elected promising help to drivers, but the relationship was love and hate in the period. Tarcísio de Freitas, former Minister of Infrastructure and now governor-elect of São Paulo, was responsible for negotiating with the sector. However, the relationship was eroded as the economic crisis in the country progressed.

Economy is fear for truck drivers

A survey by Freightbrás, a platform that brings together 750,000 truck drivers and 18,000 freight companies, pointed out that the biggest concern of drivers for next year is the economy.

In the survey, about a thousand workers chose the economy as a concern (21% of respondents). Uncertainties regarding inflation, international conflicts weighing on fuels and domestic problems were indicated as the biggest problem to be overcome in the next year.