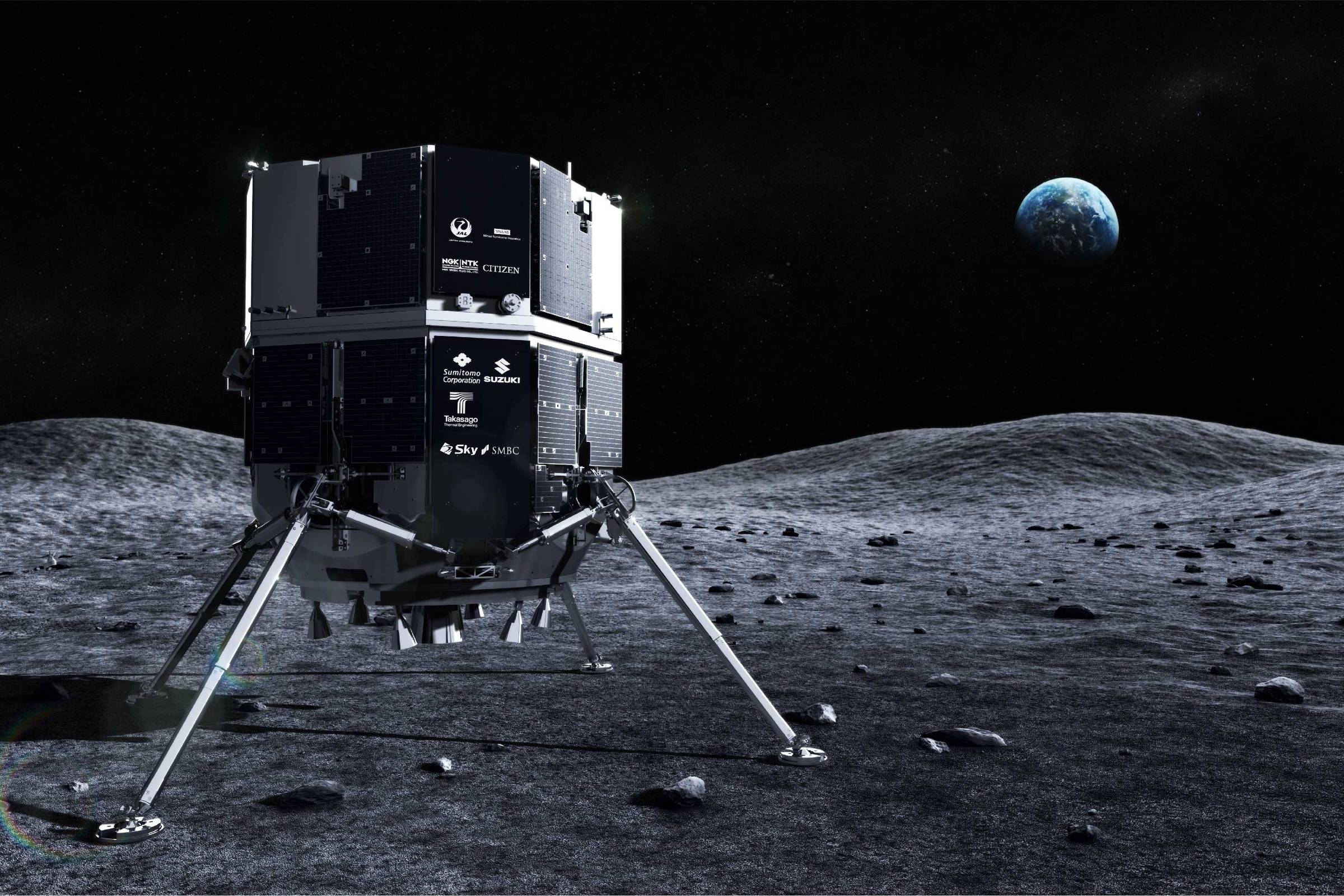 Sidereal Messenger: Japan launches its first commercial mission to the Moon from Florida

The new era of lunar exploration, inaugurated with all the pomp and circumstance with NASA’s Artemis 1 mission, gained one more ingredient early this Sunday (11th): the Japanese company ispace launched the robotic vehicle Hakuto-R into space, with which hopes to become the first private company on the planet to land on the Moon.

The launch departed from Platform 40 at Cape Canaveral Space Force Station. The takeoff of SpaceX’s Falcon 9 rocket took place at 4:38 am, and began a long journey to the Japanese landing module, in this mission simply named M1. The plan involves months of operation in deep space on a low-energy trajectory until it enters the lunar gravitational sphere of influence, and the landing attempt, if all goes well by then, could come in April next year.

ispace emerged in 2008 with the aim of competing for the Google X Lunar Prize, which would pay US$ 20 million to whoever sends a spacecraft capable of traveling 500 meters across the surface of the Moon. The initiative financed by the internet giant ended up ending in 2018 without any company winning the award, but the Japanese company even received rewards for partial advances and continued working. The spacecraft itself was completed in July, followed by ground vibration and thermal tests.

In addition to carrying various payloads, the module should also carry the small Rachid, a robotic lunar rover developed by the Mohammed bin Rashid Space Center, in the United Arab Emirates. It will be the first lunar mission from this country, which in 2021 reached Mars with its first orbiter, Hope. Also on board is a small vehicle from Jaxa, the Japanese space agency.

It will, if successful, be the first commercial mission to the Moon. In fact, we almost had the first one in 2019, when the company SpaceIL, from Israel, launched the small Beresheet landing module. It was another group in contention for the Google Lunar X Prize, which successfully made the journey to the Moon and failed during the landing attempt, impacting against the surface. It’s not easy to go down smoothly there, and the Hakuto-R module still has a big challenge ahead of it.

What is no longer in doubt is that we will have many commercial missions to the Moon in the coming years. NASA itself decided to adopt this model, contracting “lunar trucks” – commercial vehicles capable of delivering payloads to the surface of the Moon for the agency operated by space companies – instead of developing its own descent modules.

The program, called CLPS (Commercial Lunar Payload Services), has already closed several contracts with several companies, two of which, Astrobotic and Intuitive Machines, should make their first flight attempt in 2023. The idea is that NASA will be the main customer of these companies. companies, but not the only one, enabling all sorts of ventures on the Moon, from scientific experiments to publicity initiatives.

Facebook
Twitter
Pinterest
WhatsApp
Previous article
Grandfather of 16-year-old Roma to SKAI: If the policeman is not tried, we will take the law into our own hands
Next article
“Aniseed”: Hector is at a dead end – Watch an excerpt from tonight’s episode