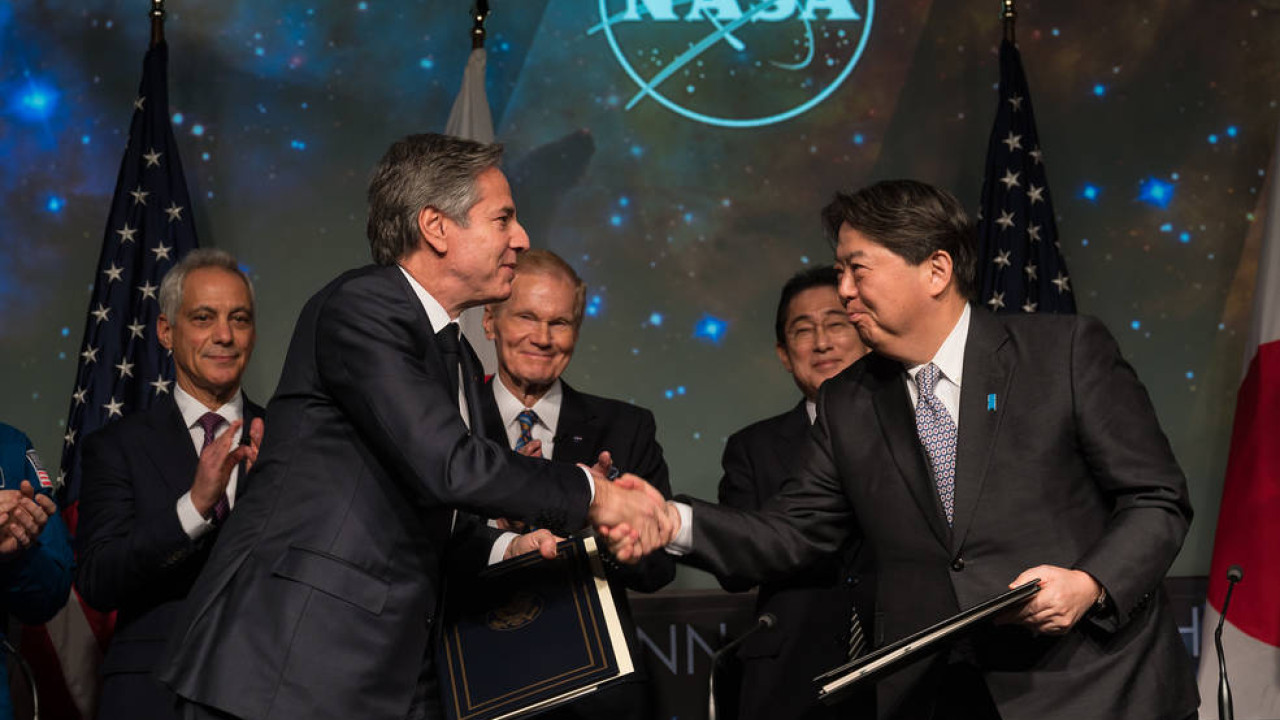 From enemies in World War II, the atomic bombs on Hiroshima and Nagasaki and the massacre at Pearl Harbor, to the historic restoration of relations between the United States of America and Japan, and just yesterday the signing of the Space Cooperation Memorandum.

USA and Japan signed yesterday in its offices NASA Space Cooperation Agreement, defining a common future in the vast horizon of opportunities offered by the vast Space.

The US Secretary of State Antony J. Blinken and the foreign minister of Japan Hayashi Yoshimasa signed the agreement on behalf of the United States and Japan, respectively.

“The future of space is collaborative,” Blinken said. “Through this agreement, our nations have strengthened their cooperation in space and here on Earth. We will go further and learn even more together.”

The signing is the highlight of the Prime Minister’s visit Fumio Kishida in Washington, his first since taking office in 2021.

“I expect this agreement to vigorously promote Japan-US space cooperation and expand areas of cooperation for the Japan-US alliance, which is stronger than ever,” Kishida said.

NASA and the Japanese government finalized a previous agreement in November 2022 confirming Japan’s contribution to the Gateway mission as part of a commitment to long-term lunar exploration cooperation with NASA under the Artemis program. Japan was also one of the original signatories of the Artemis Accords.

Facebook
Twitter
Pinterest
WhatsApp
Previous article
CNN: The 10 European islands to get away from everyone – The Greek island on the list – See images
Next article
George Santos could be expelled if he violated campaign law, says House committee leader