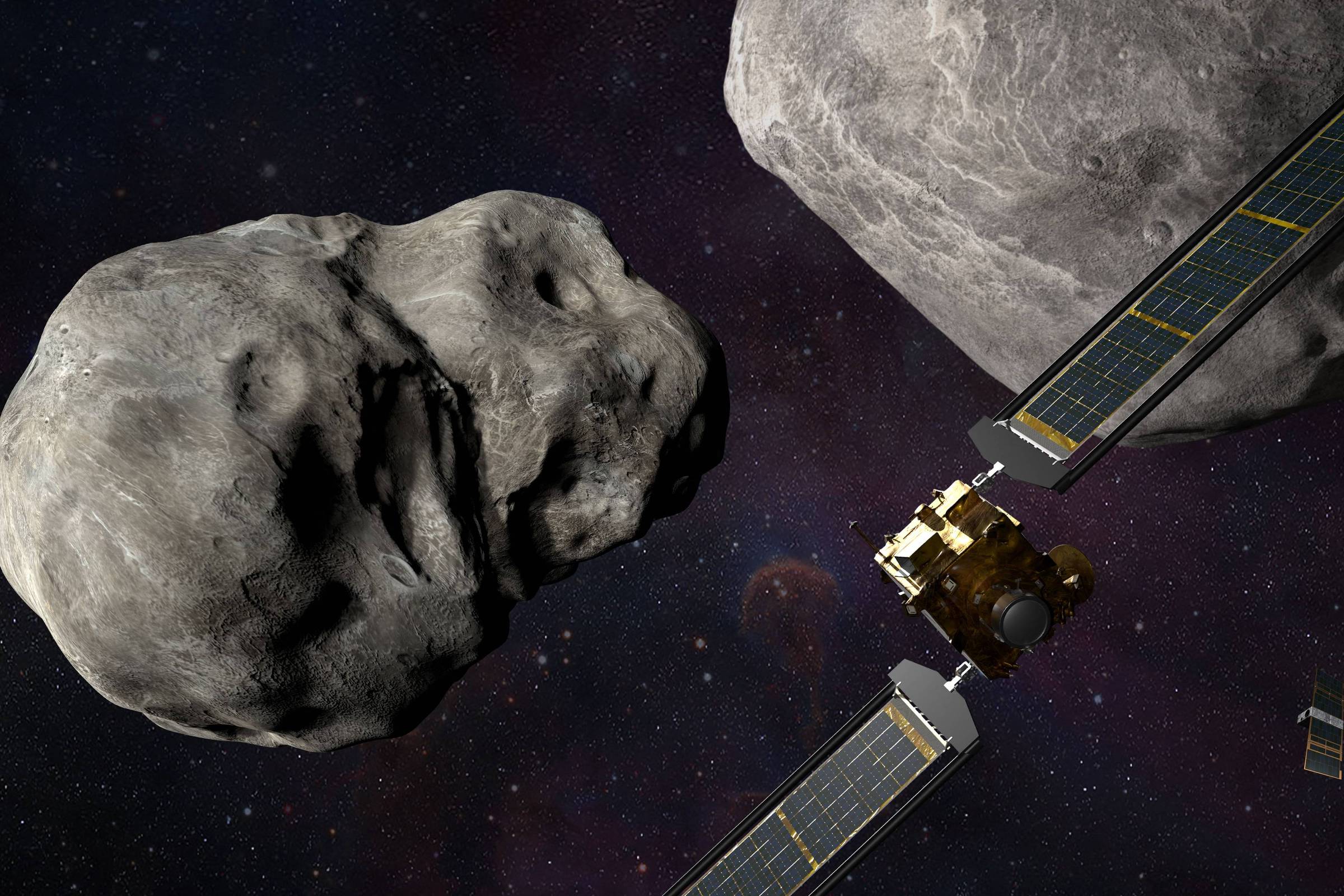 In less than a year, a NASA spacecraft will deliberately collide with an asteroid to deflect its trajectory. Described as a “planetary defense,” this mission was supposed to prepare humanity in the event of a threat of impact.

The setting is reminiscent of the movie “Armageddom”, in which Bruce Willis and Ben Affleck save the planet from a large asteroid that projects towards Earth.

However, the American space agency is developing an unfictional experiment. Even though no large asteroids are known to be on a collision course for now, the idea is to prepare for this possibility.

“We don’t want to be in a position where an asteroid is heading for Earth; we should test this technique,” Lindley Johnson of NASA’s Department of Planetary Defense said on Thursday.

The mission, dubbed the DART (Double Asteroid Redirection Test), will take off from California aboard a SpaceX Falcon 9 rocket on November 23 at 10:20 pm local time.

Ten months later, the spacecraft will reach its target, which will be 11 million kilometers from Earth. It’s the closest you’ll ever get to the blue planet.

In fact, it’s a dual goal. The main one is the great asteroid Didymos, 780 meters in diameter, twice the height of the Eiffel Tower. In its orbit is a moon, Dimorphos, 160 meters in diameter and taller than the Statue of Liberty.

It is on this moon where the spacecraft will land, about 100 times smaller than it, projected at a speed of 24,000 km/h. The impact will release tons and tons of material.

But “it’s not going to destroy the asteroid, it’s just going to give it a little jolt,” said Nancy Chabot of the Johns Hopkins University Applied Physics Laboratory, who leads the mission in collaboration with NASA.

As a result, the smaller asteroid’s orbit around the larger one will only reduce “by about 1%,” he explained.

From observations carried out by telescopes on Earth decades ago, it is known that Dimorphos currently orbits around Didymos in exactly 11 hours and 55 minutes.

Using the same telescopes, this period will be measured again after the collision. In that case, it might be “11 hours and 45 minutes or something like that,” the researcher said.

But how much exactly? Scientists do not know and that is precisely what they want to investigate.

There are many factors that come into play, such as the angle of impact, the appearance of the asteroid’s surface, its composition and its exact mass, all of which are currently unknown.

In this way, “if one day we discover an asteroid on a collision course with Earth (…), we will have an idea of ​​the force we will need for this asteroid not to touch the Earth”, explained Andy Cheng, from Johns Hopkins University.

The orbit around the sun of Didymos, the great asteroid, will also change slightly, due to the gravitational relationship with its moon, Cheng said. But this change will be “too small to measure”.

A small satellite will also be on the trip. It will disengage from the main ship 10 days before impact and use its propulsion system to slightly deflect its own trajectory.

Three minutes after the collision, it will fly over Dimorphos to observe the impact of the impact and possibly the crater on the surface.

The total cost of the mission is $330 million. If the experiment is successful, “we believe this technique could be part of a toolbox, which we are starting to create, for deflecting an asteroid,” explained Lindley Johnson.

“The strategy is to find these objects not just years before, but decades before any risk of collision with Earth,” he said.

Currently, 27,000 asteroids are known near the blue planet.

Facebook
Twitter
Pinterest
WhatsApp
Previous article
Volos-Aris: Promising for a spectacle, but they only for the victory!
Next article
Panathinaikos-PAOK: Both looking for the reaction on the Avenue