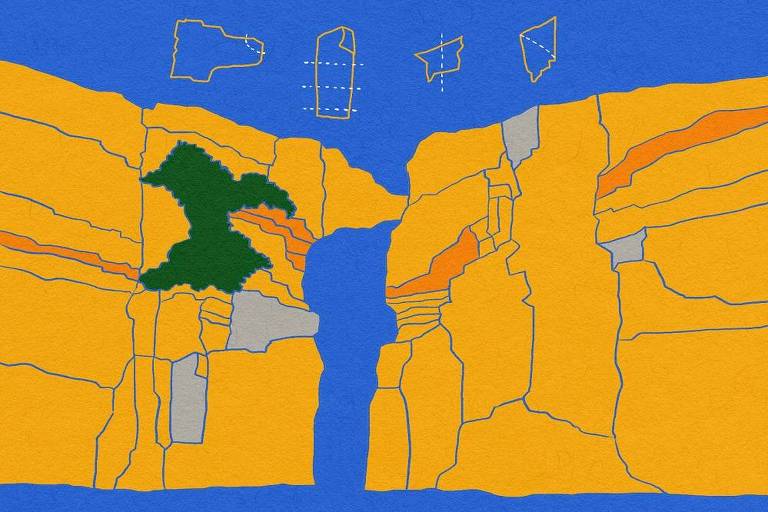 Fundamental Science: The fall of the wall in Capitol was a matter of time

On January 9, images of the collapse of a huge block of rock in Lake Furnas, in Capitólio, which took lives and seriously injured several people, shocked Brazil and the world.

Great rock walls that seem to have not changed for decades give us the false impression of eternity and immutability of the natural world. From this perspective, what happened in Minas Gerais may seem like a rare, catastrophic and, therefore, inexplicable event. If it is inexplicable by scientific and logical reasoning, it is therefore unpredictable—a black swan event, as mathematicians would say. It’s not the case.

The physical environment evolves on much longer time scales than our existence. In general terms, landscapes and all their physical components are always changing, some faster and some slower, some continuous and some at intervals.

Continuous changes take place in the elevations of the surfaces of Brazilian landscapes at millimeter speeds over centuries and millennia. For us humans this may be insignificant, but millimeters after millimeters over thousands of years become meters, and meters become kilometers.

The wall at Furnas was tens of meters long and it only took a few seconds for it to fall. Was it, then, a random and yet unpredictable event? Neither.

Events like this have quantifiable probabilities. Like many other recurring processes (earthquakes, landslides, floods, storms), the greater the magnitude of the event, the longer the time between each occurrence. Thus, the recurrence of toppling on walls such as those at Capitólio probably depends on the size of the rock block. On cliffs, microscopic fragments of rock can daily detach from the rock and take millennia to cause the walls to retreat. On the other hand, blocks of tens of meters can detach and fall, but these episodes only occur on longer time scales — years, decades, perhaps hundreds or even millennia.

Both processes (continuous and interval) occur at the same time and are part of a spectrum of recurrence of events of different magnitudes, each with its own probability of occurrence.

The collapse was therefore expected. After all, it is the landslides that govern the width of the Furnas canyons, making them wider and wider over millennia. The type of rock, its network of internal and natural fractures, the percolation of rainwater, the increase in the volume of water in the pores of the rock, the chemical reactions between this water and the minerals in the rock, the depth of the canyon and gravity itself. control collapses. Geoscientists know this. What we don’t know is the frequency with which walls of that proportion fall, what is the relationship with the climate and with the amount and density of fractures, if there is human influence, what is the proportion of importance between these factors etc. We don’t know how much we should. If there is any relationship to the climate, ignorance will cost even more, as climate change can accelerate this process, as it does with many others.

The good news is that we have advanced scientific tools and trained professionals to quantify the phenomenon and thus contribute to the creation of safer ecogeological tourism.

Falls like that are not unpredictable. With the right techniques, we can measure the recurrence of events on time scales much larger than our existence and, thus, understand the natural process; Knowing cause and effect relationships, we can predict future events. In the short term, engineers and geoscientists can monitor fractures, detect millimetric movements, calculate risk scenarios, design containment works, etc. Above all, it is essential to map the risk zones in these canyons. No responsible ecogeological tourism should be undertaken in ignorance of the risk. It is necessary to respect the natural environment.

Therefore, what we lack is to put into practice the appropriate scientific methods, in this and in many other processes on the surface of Brazilian landscapes. This requires investment in science, in environmental agencies and, above all, it demands specialists, everything that is being threatened in Brazil. In a context where year after year, droughts, floods, landslides, forest fires, storms ravage the country and become increasingly frequent and extreme, not knowing cannot be an option. Science has already produced a lot of knowledge and can help. Paying for knowledge will be cheaper than paying to see.

Pedro Val is a geologist and professor at the Federal University of Ouro Preto.

Subscribe to the Serrapilheira newsletter to keep up with more news from the institute and from the Ciência Fundamental blog.