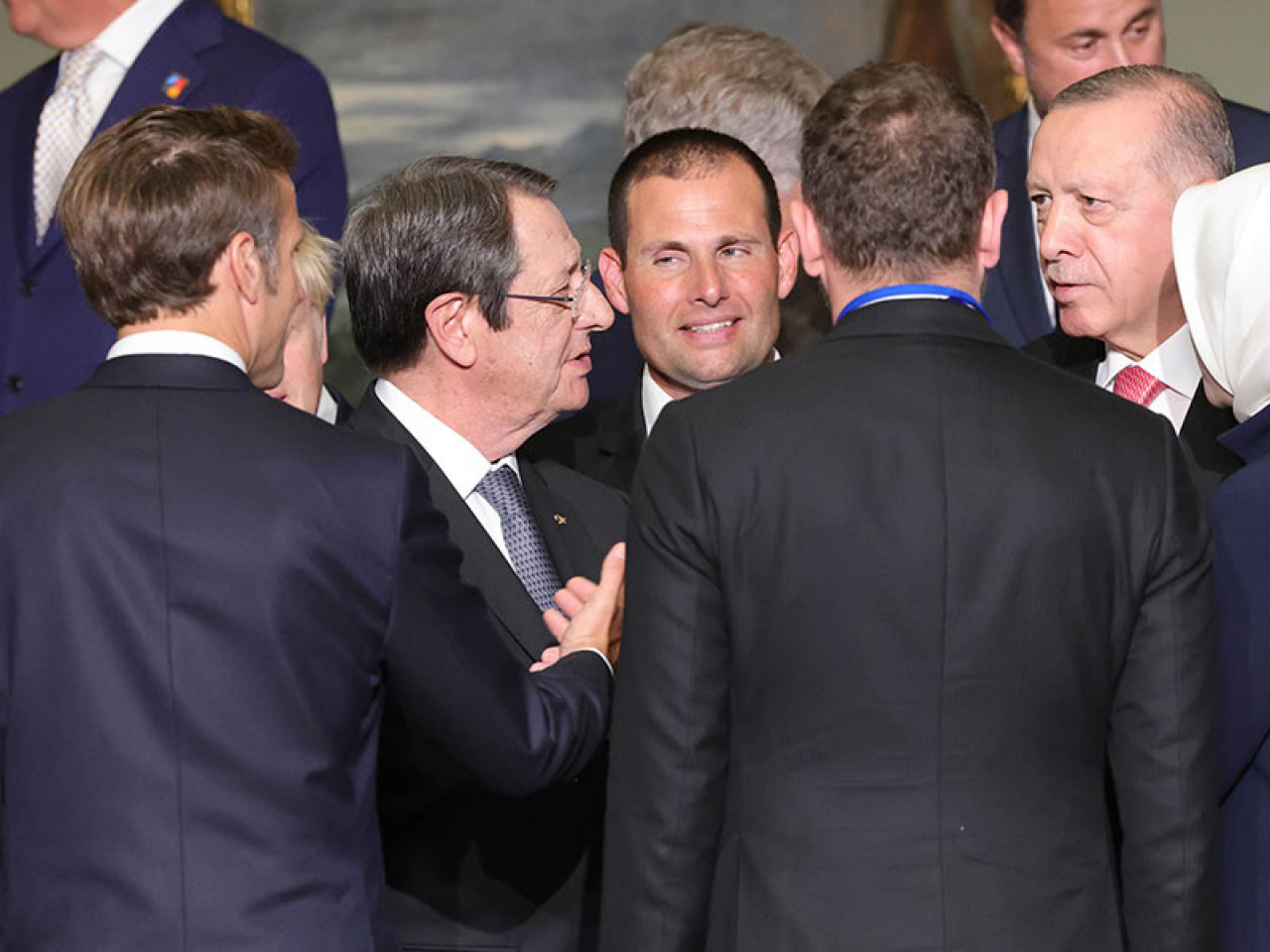 Anastasiades: I saw Erdogan twice in Madrid – His mocking comment about the Turkish president

In his statements to journalists, on the sidelines of the unveiling ceremony of the monument for Glaukos Clerides and to a journalist’s remark that a lot of pressure had been exerted by the President of Turkey on the hosts of the EU-NATO dinner, in Madrid, so that the president of the Republic of Cyprus would not participate , Nikos Anastasiadis mockingly commented “why should I discuss or mention to the failures of others?’

In response to a journalist’s remark that Mr. Erdogan, trying to downgrade the brief meeting he had with the President of the Republic, referred to the Turkish Cypriot leader, President Anastasiades said that “there was nothing to downgrade. It was a formal, friendly meeting. I know him since 2005, Emmanuel Macron played his role and therefore we met, twice in fact one during the reception and another after the end of the dinner, but again the discussions were of a friendly nature with the only intervention that it should be at some point, and it is good since my friend President Emmanuel Macron also intervenes, if he wanted, I am ready, let’s meet in Paris”.

Asked if he suggested this to Mr. Erdogan, the President replied in the affirmative, and when asked what the Turkish President responded to this, President Anastasiades stated that “(Erdogan) said that we may meet in the northern part and I told him it’s impossible.”

Asked to comment on reports in the Turkish press that Tayyip Erdoğan emerged victorious from Madrid, the President of the Republic said that “he should present the retreat and why he retreated from the initial objections. I don’t want to deal with Turkey’s internal affairs.”

Asked if he has been informed about the proposals submitted yesterday Friday afternoon by Mr. Tatar to the Assistant Secretary General. of the UN, the Cypriot president replied “not yet. What I saw in the press some information. Yesterday morning when I had met with the assistant g.g., he did not have them in mind, moreover in the afternoon they were served to him. When I receive them, there will be a corresponding answer.”