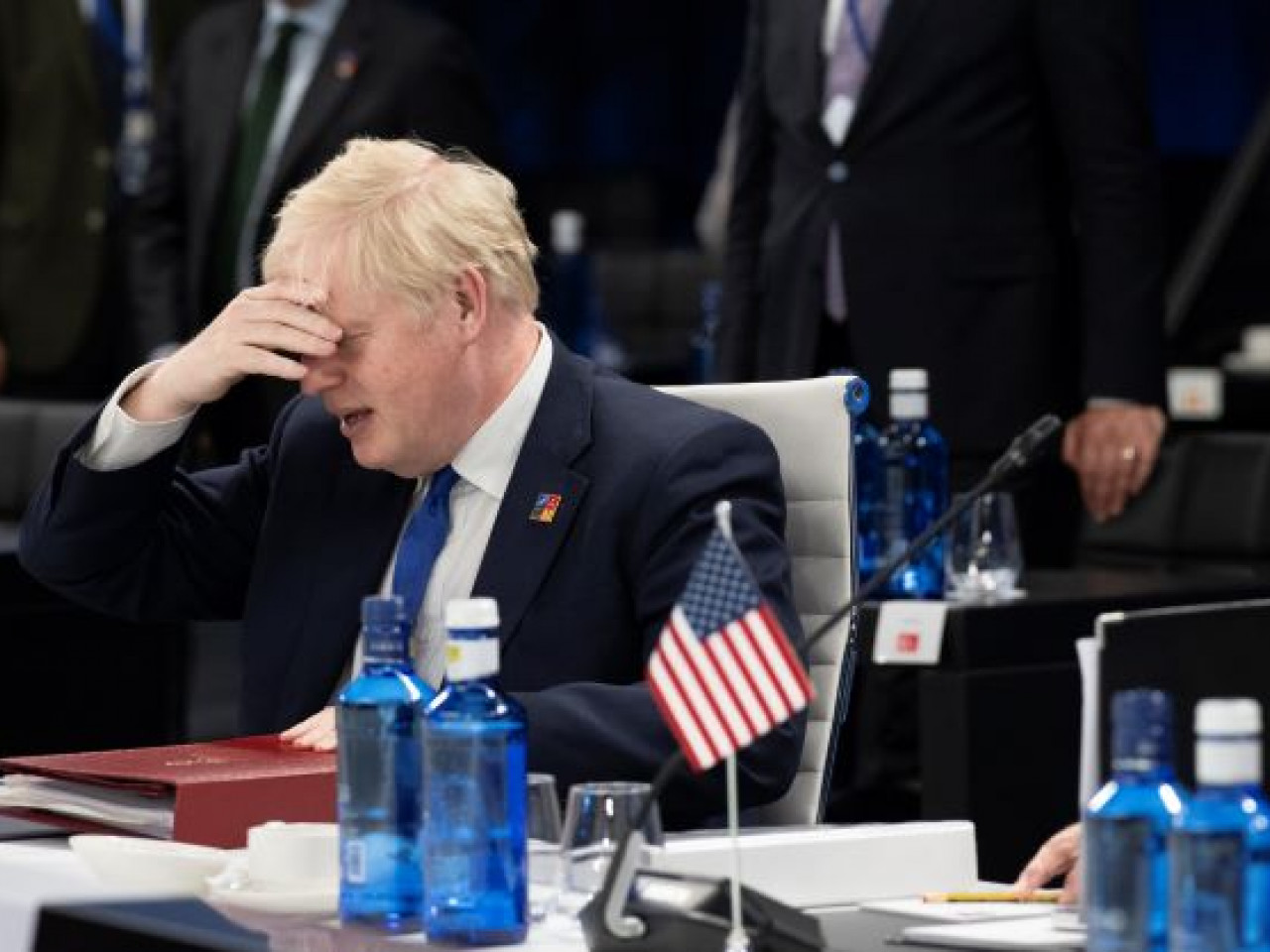 “Game over” for Johnson, the Times writes – The prime minister will decide when an election will be held, said Finance Minister Zahawi

The Conservative member and Secretary of State for Education in Britain Will Quince announced today his resignation, as backlash continues over the way British Prime Minister Boris Johnson has managed another scandal within his government.

Quince indicated that he is stepping down after the “inaccurate” information he had about Johnson’s appointment of a politician against whom allegations of sexual misconduct had been made.

“Thank you for meeting me last night and for your sincere apology regarding the briefing I received from Number 10 ahead of Monday’s press briefing, which we now know was inaccurate.”he said in his resignation letter to the British prime minister, which was posted on Twitter.

“It is with great sadness and disappointment that I feel I have no choice but to resign as Under Secretary for Children and Families, as I have accepted and repeated these assurances in good faith,” he added.

A little earlier the Laura Trott, MP for Johnson’s party, resigned from her position in the Ministry of Transport.

“Trust in politics is and should always be of the utmost importance, but unfortunately in recent months it has been lost,” Trott said in a Facebook post.

In the meantime, the new finance minister Nadeem Zahawi stated today that the decision on the announcement early elections will be received by British Prime Minister Boris Johnson.

When asked if he could rule out early elections, Zahawi told LBC: “The prime minister will take that decision.”

Times: Game over for Johnson

British newspapers of national circulation are very sketchy black board today for the Tory Prime Minister, as the Boris Johnson he is facing the biggest crisis of his tenure, after his resignations Rishi Sunak from the office of the Minister of Finance and Sajid Javid abandoned that of the Minister of Health.

“Game over”, concludes the headline of the newspaper’s main article The Timesthe editorial of which judges that Mr. Johnson’s “mistake” was that he remained “hooked” into power, because thus he “lost the confidence of his party and the country.”

“There is no way” the Conservative leader, “who failed to secure the support of 148 MPs in last month’s confidence vote, will regain his authority and lead effectively, which is what the country needs at a time of acute national crisis”. continues the Times text.

“Every day he remains (in power), he deepens the sense of chaos. For the good of the country, he must go.” ends up

“Team Boris”, he says, has been in a desperate bid to find “someone, anyone, willing to take the country’s second most important political post and risk becoming the shortest-lived finance minister” in history, as Mr Martin warns. .

In TelegraphThe former Brexit Secretary David Frost; believes that Mr. Johnson should resign from his position because otherwise “he will take the party and the government with him” by falling; he adds that after yesterday’s resignations, “and other members of the government must examine whether and to what extent they are true satisfied with the direction of the country”.

For Daily Express, Mr. Johnson is “wounded,” but at the same time “liberated.” The paper claims on its front page that the Tory leader will stick to the plan to push through big tax cuts.

Her columnist Daily Mail Stephen Glover praised the British prime minister, in whom he sees “an excellent politician”, “a head above almost all other members” of the current government.

Boris Johnson will go down in history and be respected because succeeded in completing Brexit, he judges, despite his “basic flaw”, his “hesitation” to tell the truth, something that accompanied him from the time he was a journalist, that is, he practiced a profession that “is not distinguished for its truthfulness”. But “after everything that has happened and despite his achievements, he seems doomed” to leave Downing Street, Mr Glover added, calling it a “tragedy”.

His columnist Guardian Polly Toynbee considers the manner and exact moment of Mr Johnson’s departure to be “the only questions that remain to be answered”.

“Few expect that he will contest the next election”, while in the event that a “new vote of confidence” is held, practically “all” indications are that he “will lose”, she discounts herself.

Facebook
Twitter
Pinterest
WhatsApp
Previous article
Matricides in Crete and Thessaloniki – The chronicle of the two family tragedies
Next article
Britain: “Game over” for Boris Johnson?