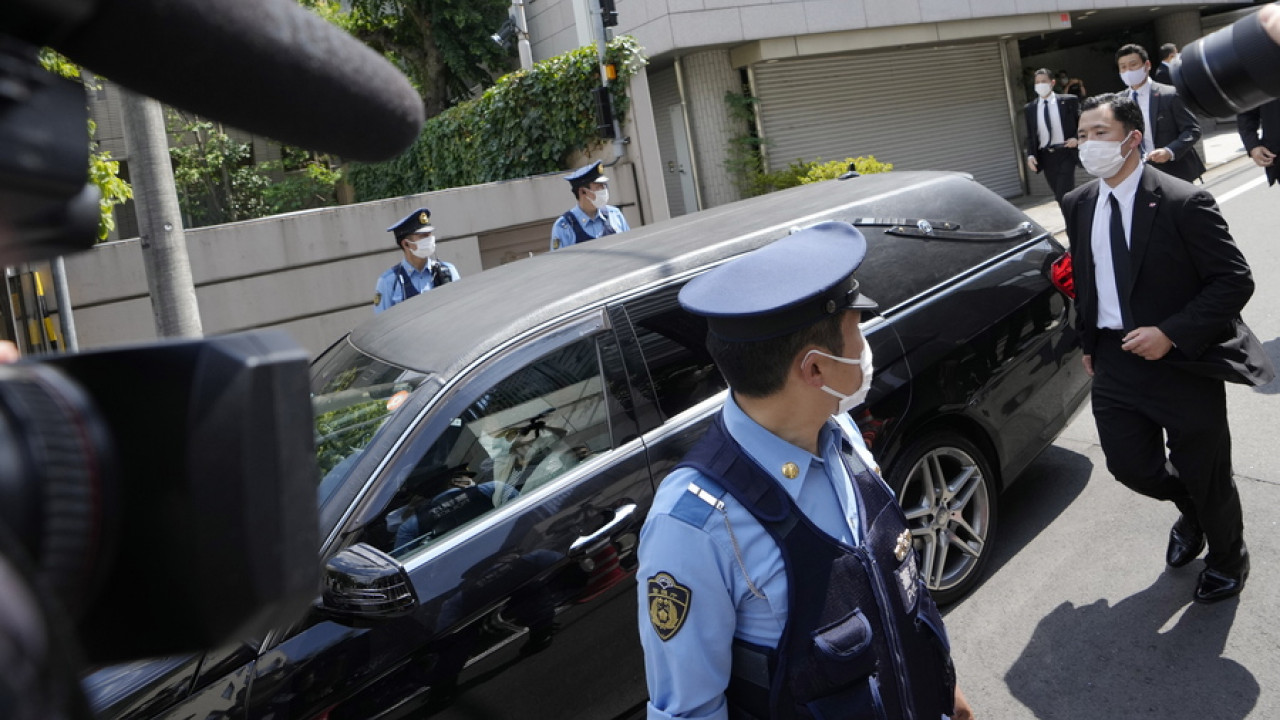 Abe’s murder: Police admits security problems – The body is at his home

A convoy which carried the body of the former prime minister Shinzo Abe, who was murdered yesterday, arrived today at his home in the capital of Japan, Tokyo, from the western part of the country where he was when he was attacked. Abe’s widow, Akie, accompanied his body.

The authorities review the security measures that had been taken at the sitein the western Japanese city of Nara, where Abe was giving a campaign speech when he was attacked, and the city’s police chief said he could not deny that there were problems with Abe’s security.

Crowds of citizens had gathered outside Abe’s residence as well as at the scene of the attack, where a gunman shot and seriously wounded the former prime minister.

The death of 67-year-old Abe, who received two bullets to the neck, was announced a few hours after the attack, despite the efforts of a team of twenty doctors.

Some media outlets, citing police sources, reported that the alleged perpetrator of the attack, who was arrested at the scene, believed that the ex prime minister was associated with a religious organization, whom he accuses of being responsible for his mother’s financial ruin and the breakup of his family. Police have not named the group.

The 41-year-old unemployed man, a former member of Japan’s Navy, according to local media, used, police said “an improvised weapon.”

The suspect, named Tetsuya Yamagami, he told investigators he had visited other places where Abe had made campaign appearances, including the city of Okayama, which is more than 200 kilometers from Nara.

At the time of the attack, Abe was campaigning in Nara for the upper house elections that will take place tomorrow, Sunday. Japanese Prime Minister Fumio Kishida announced yesterday Friday that preparations for the elections, “the basis of democracy”, are continuing as normal.

The assassination of one of Japan’s best-known politicians, which he ruled for eight years, shocked and caused grief both at home and abroad.

Many people went to the site of the attack to pay their respects to the former prime minister.

More than 100 people waited in line at noon today (local time) to leave flowers on a table on which a photo of the slain former prime minister was placed.

An overnight vigil will be held on Monday night, while Abe’s funeral will be held on Tuesday in the presence of relatives and friends, Japanese media reported. At the moment it is not known if there will be a public ceremony in his memory.

Facebook
Twitter
Pinterest
WhatsApp
Previous article
Frauds at the expense of EOPYY: The spiral that made a combination with prescriptions was dislocated
Next article
Metamorphosis: A gang of minors attacked a 17-year-old with an iron fist