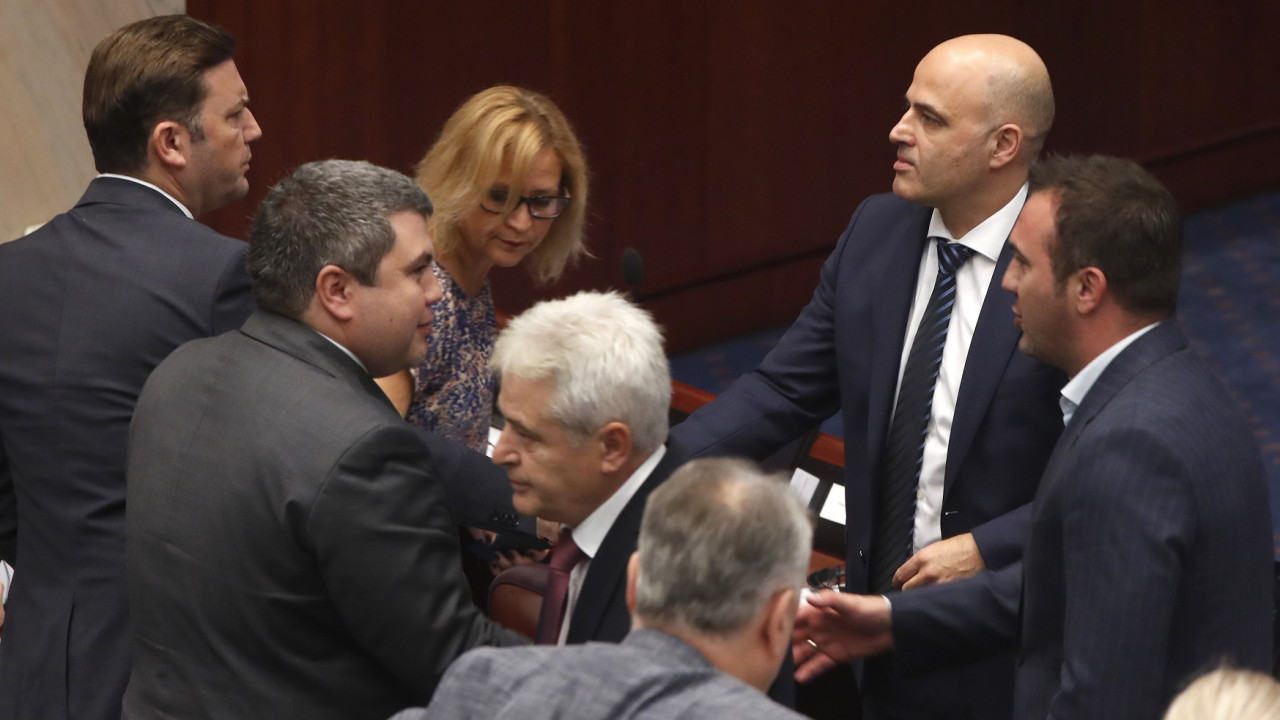 North Macedonia: Parliament approved the EU’s proposal for a compromise with Bulgaria

In the past, the EU proposal was also approved by the Bulgarian Parliament.

Its Parliament North Macedoniawith 68 votes in favor and none against approved at noon EU proposal to find a solution to the country’s differences with Bulgaria, in order for Skopje to start accession negotiations with the EU.

The MPs of his ruling Social Democratic Party (SDSM) voted in favor of the proposal Dimitar Kovacevsky and the deputies of all Albanian parties.

MPs from the right-wing opposition party VMRO-DPMNE, which opposes the proposal and the compromise with Bulgaria, abstained from the vote.

In the past, the EU proposal was also approved by the Bulgarian Parliament.

Under the proposal, Sofia will lift the veto it has placed on the start of Skopje’s accession negotiations with the EU, but only after North Macedonia amends its Constitution, with the inclusion of the Bulgarian minority living in the country.

An EU-North Macedonia intergovernmental conference is expected to be held next week, at which it will be decided that North Macedonia, like Albania, will start accession negotiations with the EU. However, under the proposal, the first chapters of these negotiations between North Macedonia and the EU will be opened after the country first amends its Constitution. The amendment of the country’s Constitution requires a 2/3 majority in the Parliament, which the government in Skopje and the parties supporting the proposal do not currently have.

It is recalled that for a year and a half Bulgaria has been preventing the start of North Macedonia’s accession negotiations with the EU due to open ethnic, linguistic and historical differences between the two countries, which has provoked strong reactions from Skopje and led to the cooling of their relations .