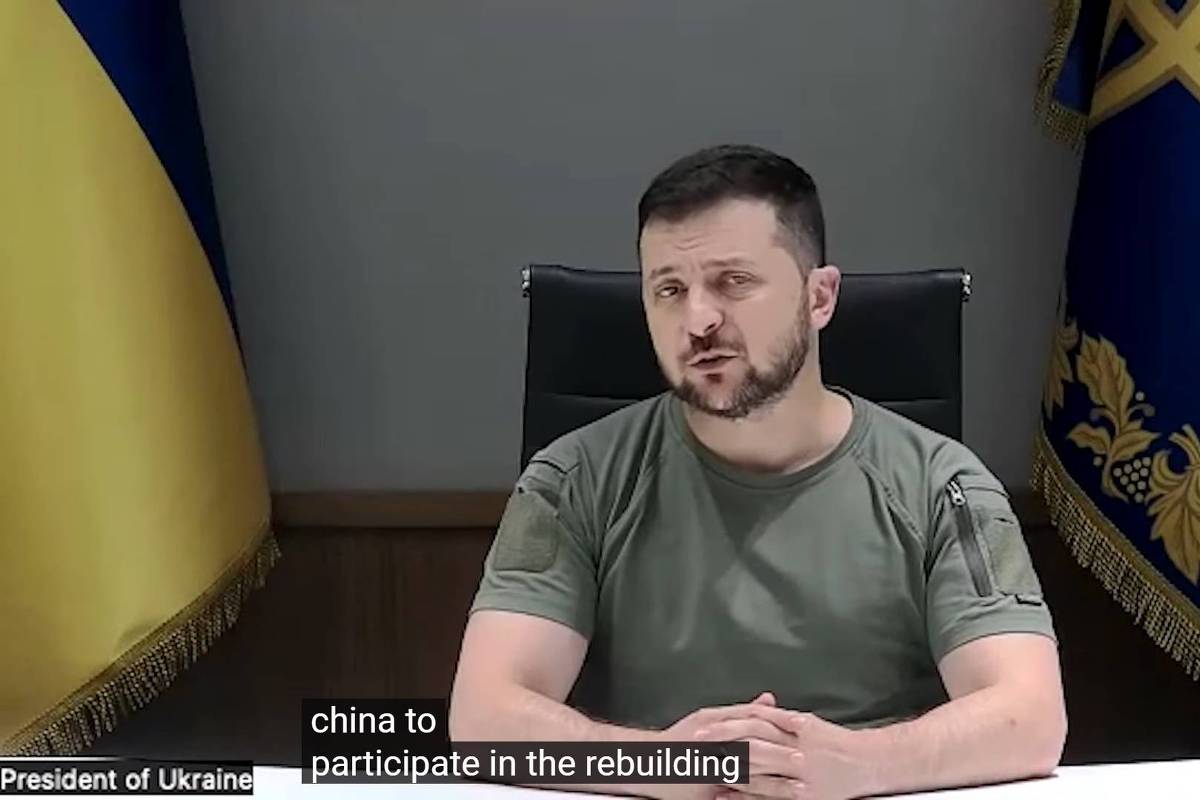 The turning point in Volodymyr Zelensky’s western coverage could be located a week ago, with photographs of the Ukrainian leader and his wife for Vogue, taken by the celebrated Annie Leibovitz, with grotesque results.

“It’s all very offensive to the Ukrainians who died and to the American taxpayer who is paying for it all,” Fox News presenter Tucker Carlson returned. “Why are we still funding this?”

But another American publication, soon after, seems to have greater weight for the turnaround. Thomas Friedman, a New York Times foreign policy columnist with access to Joe Biden, said the White House does not trust Zelensky, a “deep mistrust”, and that he will return to the matter in the paper.

The text caused astonishment in Washington, from other columnists to the conservative National Review, the latter pointing out that the Democratic government, with the leak, seeks to expose Zelensky’s corruption to force him to accept a peace agreement or, on the contrary, to blame him for the defeat.

Subsequently, Amnesty International released the report “Ukrainian Combat Tactics Put Civilians in Danger”, showing the “pattern” adopted by the government of installing “military bases in residential areas, including schools and hospitals”, and then carrying out “attacks launched from populated civilian areas”.

That is, human shields. The Ukrainian leader reacted by Telegram and other social networks, accusing the British organization of “justifying” the invasion and saying that “a report in which the victim and the aggressor are the same cannot be tolerated”.

In the same video, he fired at “some European Union leaders” for the $8 billion promised and “at the moment suspended”, in what he qualifies as “a crime”. His criticism comes after reports against him also in the European press.

Berlin’s Die Welt, for example, this week highlighted “President Zelensky’s Agreements”, with “revelations on offshore accounts”, from a documentary about billionaire Ihor Kolomoisky and his ties to the Ukrainian leader.

Rather, as the Financial Times headlined, “European Union countries sound alarm about arms smuggling in Ukraine.” Weapons that they supplied themselves and that, according to Europol, the European police, “started to supply organized crime”, back to the bloc.

Now the Washington Post reports at length about the “cracks” that have appeared between Zelensky and Ukrainian regional leaders, who try to gain direct access to the “billions of dollars in international aid poured” in the country and are prevented by him, even from traveling abroad.

Things like that pile up, like the handover of a “vast media group by Ukraine’s richest man” after Zelensky’s passage of a law, which was reported by Reuters, or the back-to-back exchanges of officials.

As Thomas Friedman quipped, it’s a whole “funny business” of “corruption and craziness under the hood in Kiev.” He cited the so far unexplained dismissal of the justice minister and the intelligence chief.

Surrounded in the West, Zelensky gave an interview this Thursday (4) to the South China Morning Post, in which he said he understood China’s “balanced” stance on the war – and added, to the newspaper’s headline: “I would like to speak directly with Xi Jinping”.

Facebook
Twitter
Pinterest
WhatsApp
Previous article‘How do I know if my cell phone is 5G?’: questions about the arrival of technology in Brazil
Next articleUS: By suspending bilateral climate talks, China is ‘punishing the world’