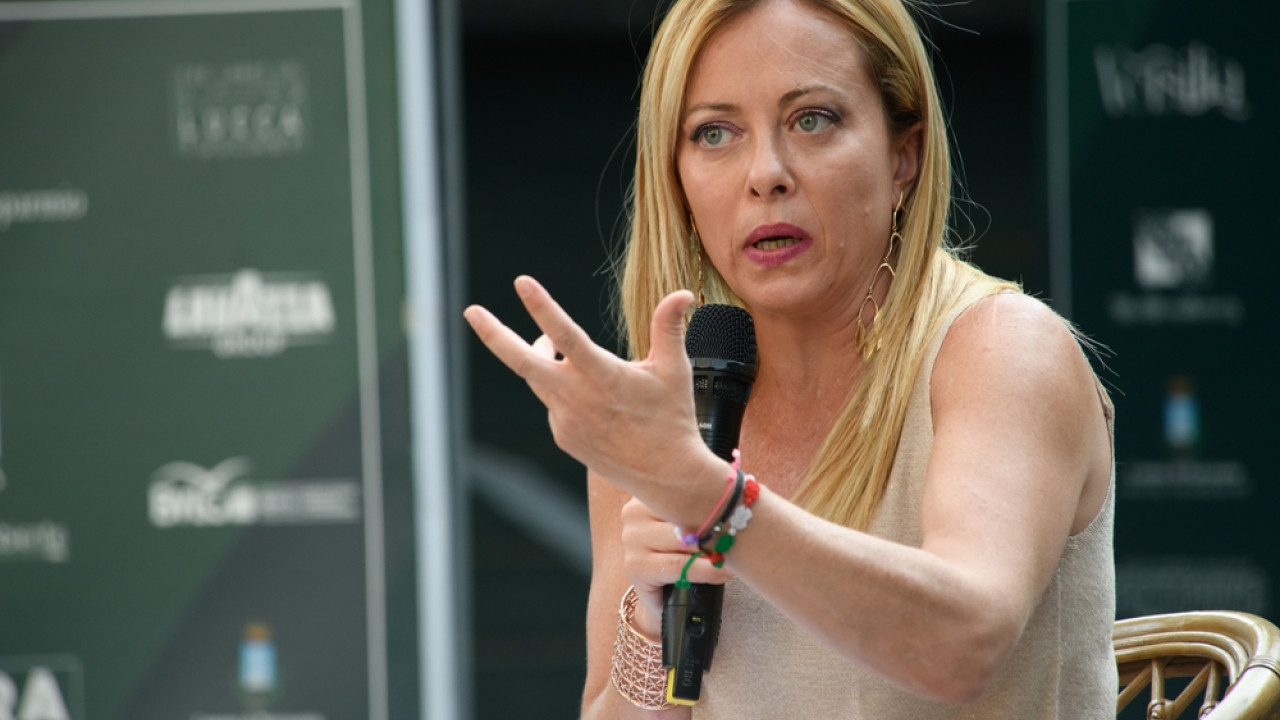 Far-right party “Brothers of Italy” continue to keep in their symbol the flame, symbolizing the ever-burning fire at the tomb of the fascist dictator Benito Mussolini

“The Italian right, for decades, has consigned fascism to history, unreservedly condemning the deprivation of democracy and the failed anti-Jewish laws,” said Georgia Melonipresident of the Italian far-right party “Brothers of Italy”.

In an attempt to limit criticism of her by the international media, Meloni added that the possible victory of the Brothers of Italy in next September’s parliamentary elections will not cause Italy to turn authoritarian, nor the country’s exit from the euro.

At the same time, addressing the foreign correspondents working in Italy, Meloni underlined that her party unequivocally condemns Nazism and Communism, “the only ideology of the last century which remains in power in some countries and survives despite its tragic failures”.

Many commentators, however, point out in Italy that the “Brothers of Italy” continue to keep in their symbol the flame symbolizing the ever-burning fire at the tomb of the fascist dictator Benito Mussolini; and that Meloni herself maintains close relations with the Hungarian prime minister Viktor Orbán, but also the Spanish party Vox, which has not clearly condemned the dictatorship of General Francisco Franco.

In addition, until recently, when Meloni herself had been called by a series of journalists to condemn the fascist dictatorship, she had limited herself to declaring that “this is a historical period, which definitely belongs to the past”.

Facebook
Twitter
Pinterest
WhatsApp
Previous article
Against lack of medicine, Brazil seeks to reduce dependence on imports of pharmaceutical ingredients
Next article
Is Instagram “dying”? – It is a debate that is becoming more and more intense