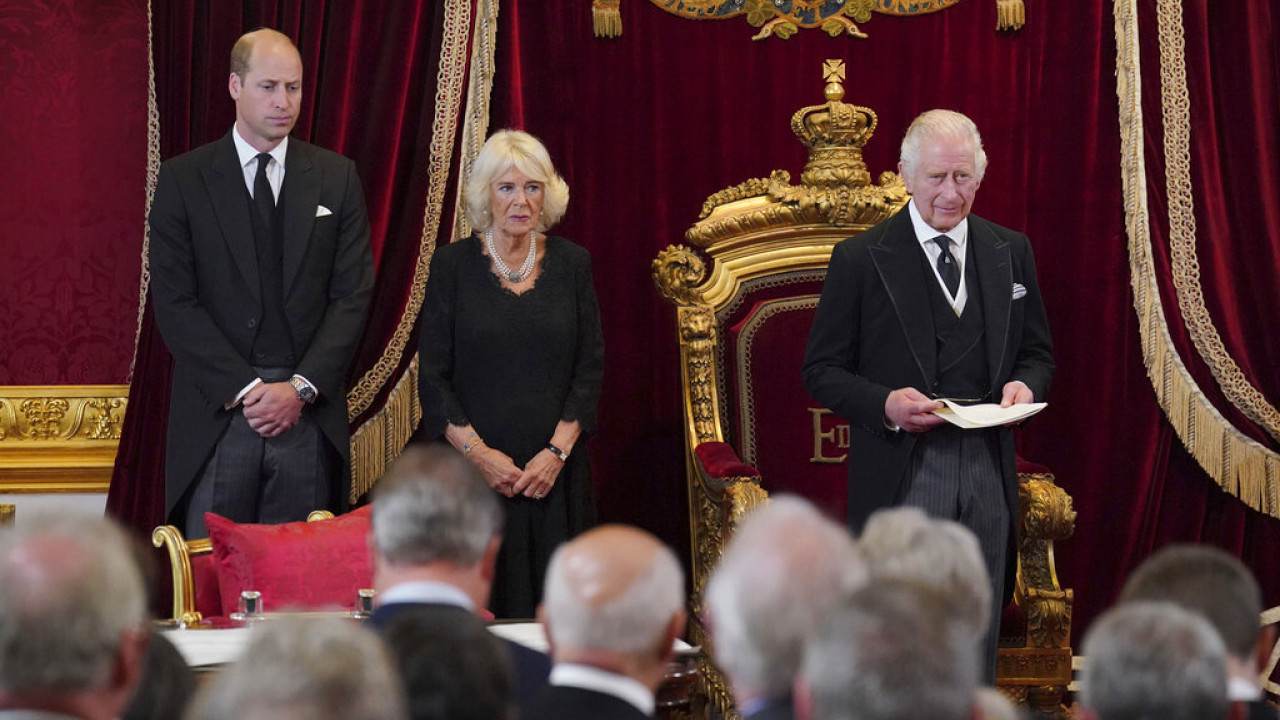 Charles III, the new king of Britain – The whole ritual

Charles III was officially proclaimed king by the Council of Succession at St. James’s Palace in London, in a centuries-old ceremony which for the first time was carried out with television coverage.

During the first part of the ceremony, the Lord President of the Privy Council of the Crown, Penny Mordant, officially announced the death of Queen Elizabeth and proclaimed Charles III as King.

Immediately afterwards, the 200 assembled members of the Council of Succession exclaimed “God save the king!”

For the second part, the signatories of the declaration were moved to another room to welcome the new monarch.

King Charles III issued a personal proclamation on the death of his mother, expressing sadness for her loss but also gratitude for the condolences.

He praised the length, dedication and commitment of Queen Elizabeth in her tenure and pledged to follow the example she set in upholding the constitutional imperatives of the British state.

He confirmed that the royal estate is being made available to the government in exchange for the established royal allowance and concluded by pledging to serve the British people for the rest of his life.

Charles then swore by tradition to protect the Church of Scotland and signed two documents formalizing the royal oath.

Among the witnesses who signed the same documents were prince william and the Queen Camillaas well as the First Minister of Scotland Nicola Sturgeon due to special reference to the Church of Scotland.

As part of the proclamations made during the ceremony, Charles approved the declaration of a national holiday for the day of Queen Elizabeth’s funeral.

Then, the competent official of the Council of Succession, the senior royal herald, accompanied by trumpeters in the Primary Proclamation publicly proclaimed Charles as king for the first time from the inner vestibule of St. James’s Palace. At the same time there was cannon fire from Hyde Park.

This proclamation will be repeated during the day initially on the steps of the Royal Exchange building in the City of London and in many cities across the country.

The Succession Council is made up of around 700 members, current and former politicians, members of the royal family, clergy, members of the House of Lords, High Commissioners and Commonwealth officials, government officials and others.

In the afternoon the new king will give an audience in turn to the Archbishop of Canterbury who is the head of the Church of England, Prime Minister Truss and the cabinet, the leaders of the opposition parties and the Abbot of Westminster.

Facebook
Twitter
Pinterest
WhatsApp
Previous article
The French king of dark rooms Pathé is aiming for an IPO in 2024
Next article
Crete: He attacked his partner with caustic liquid – “I pushed him” said the victim