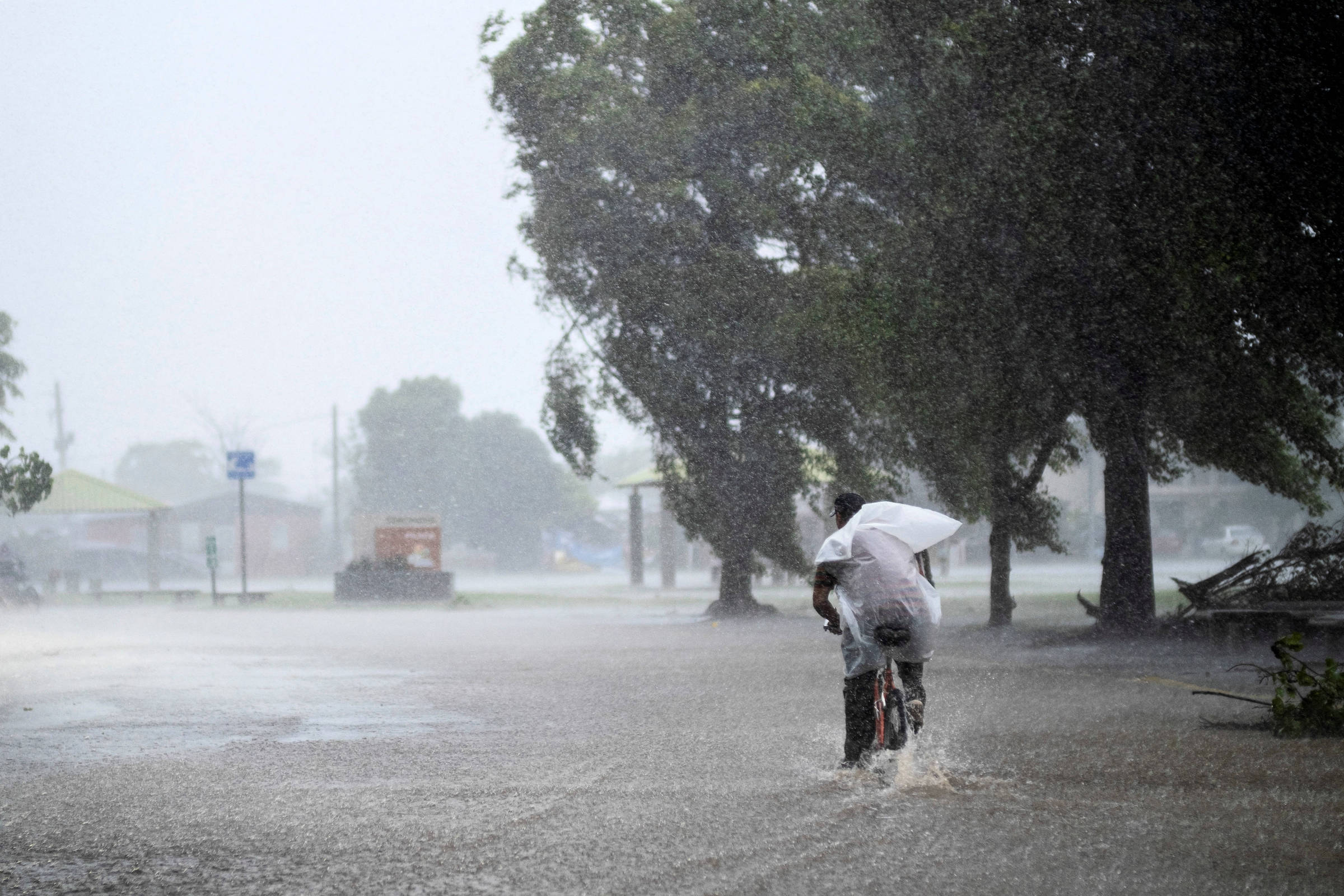 The climate emergency has once again wreaked havoc in recent days, with at least four countries facing the consequences of hurricanes and typhoons.

In Puerto Rico, US territory in the Caribbean, Hurricane Fiona left most of the island without power on Sunday (18), closing roads, causing flooding and landslides and the collapse of a bridge in the city of Utuado, fence than 100 kilometers from the capital, San Juan.

The center of the storm made landfall near Punta Tocon on Sunday afternoon, with winds of up to 140 km/h. To protect the country’s electrical infrastructure, the local energy authority shut off power, leaving more than 3.3 million Puerto Ricans without electricity.

Power began to be restored in some areas as early as Sunday night, but reconnecting the entire island is expected to take days, according to officials, who have also reported problems with the water supply; until this Monday (19), only 30% of the island’s population had running water.

The alert from the US National Hurricane Center, released on Monday (19), maintains the indication of risk of “catastrophic floods”. On Sunday, President Joe Biden declared an emergency in Puerto Rico, authorizing the Federal Emergency Management Agency to coordinate relief efforts on the island.

The alert also indicated probable flooding in urban areas of the Dominican Republic. Hurricane Fiona hit the coast of the country in the early hours of Monday, with winds of 140 km / h. The phenomenon should cause up to 381 millimeters of rain, which should extend throughout the day.

Dominican authorities began evacuating residents from risky areas on Sunday. Before reaching these parts of the Caribbean, Fiona had already flattened the French department of Guadeloupe, where one person died.

In Japan, Typhoon Nanmadol, one of the biggest storms to hit the country in years, killed at least two people and brought strong winds and record rain to the west of the island on Monday. A man was found dead inside a car, which was submerged; another died in a landslide. At least 115 people were injured and one is still missing.

In order to assess the damage from the 14th typhoon of the season in Japan, Prime Minister Fumio Kishida has postponed his departure to New York, where he will attend the UN General Assembly. He is expected to fly to the US on Tuesday morning, if weather conditions are favorable for the flight.

A river in Miyazaki Prefecture, Kyushu, overflowed, flooding fields and roads. High-speed and regular trains were disrupted in the province, and around 800 flights were cancelled. As of Monday afternoon, about 286,000 homes were still without power, according to Japanese authorities.

The rain is expected to continue heavy in the Tokai region, in central Japan, until Tuesday night (20). Intermittent thunderstorms also hit Tokyo, but without damage to services.

Parts of Asia had already suffered in the past week from extreme events. In China, gales and torrential rains hit Zhoushan, in the east of the country, on Wednesday (14), during the passage of the Muifa. Local media called the typhoon the strongest tropical cyclone to hit the Yangtze River Delta in a decade.

Meteorologists said it was caused by this year’s unusually hot weather, a direct reflection of climate change.

Muifa arrived in the country as the second highest in China’s tropical cyclone classification system, with the maximum wind speed near its center reaching 151 km/h.

Flights at Zhoushan and Ningbo airports in the coastal province of Zhejiang were canceled and ports were paralyzed. As a precaution, Shanghai has limited the speed of trains above ground and closed stations – as well as places where tests are carried out for the detection of Covid-19.

On Thursday (15) the Muifa was downgraded to a “strong tropical storm” by Chinese meteorologists, but the flood alert had been maintained – since then, however, despite flight cancellations at several airports and interruption of port activities, there have been few reported damage.

In the period, more than 2 million people died and the economic damage exceeded US$ 3.4 trillion. This equates to 115 deaths and losses of $200 million a day over the last 50 years.

The Asian continent was the most affected. There have been more than 3,400 disasters over the past five decades, resulting in nearly 1 million deaths.