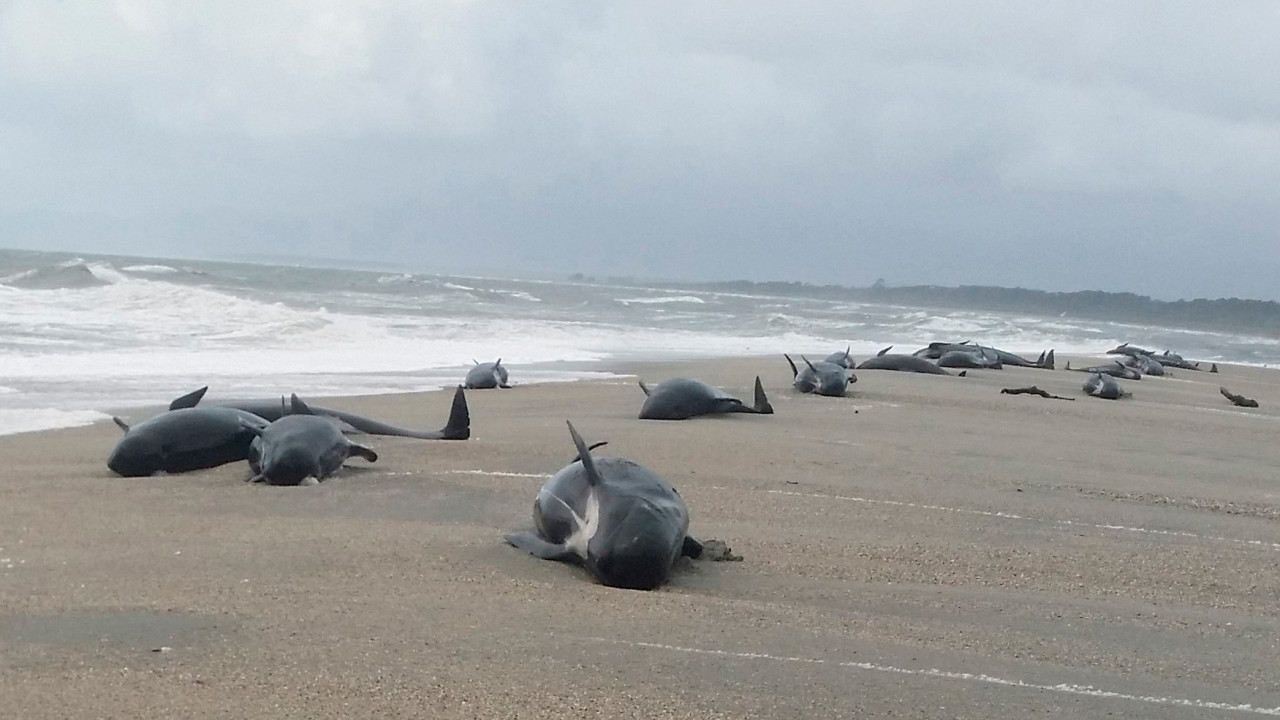 About 200 whales pilots died after they washed up on a beach in Tasmania, in southern Australia, two years after a similar incident which had also occurred on the west coast of the island.

Only 35 of the approx 230 whales spotted Wednesday on the beach are still alive, said Brandon Clark, director of operations for the state wildlife agency.

“On the beach there are still about 35 animals alive and this morning the main objective will be to rescue and release them,” added Clarke who runs the operations.

“Unfortunately, the mortality rate in such incidents is high. It is mainly due to the conditions prevailing at Ocean beach”, he underlined.

The residents had covered the whales with blankets and showered them with water to keep them alive.

The whales they were located near the port of Makari, where about two years ago there was another similar incident, with almost 500 cetaceans. At the time, more than 300 whales had died, despite the efforts of dozens of volunteers who fought for days in the icy waters of Tasmania to free them.

Clark estimated that this year the conditions are more difficult than two years ago, because the whales were then “in much more protected waters”.

Rescuers have been examining the whales to assess which ones have a better chance of survival, he added. “Today the emphasis will be on rescue operations and their release,” he noted.

The causes of these incidents are not known.

Scientists estimate that it may be due to the fact that groups of cetaceans they protrude since they are looking for food very close to the shores. Besides, pilot whales are very social animals and often follow members of their group who wander and are thus in danger.